I remember the night of the Oscars many years ago when one of Canada’s leading TV networks sent beautiful Toronto comedienne CARLA COLLINS down to L.A. to cover the red carpet arrivals and do interviews with the stars. OMG, I’ll never forget that vision of her in a bizarre, wild orange sparkly frock tossing out bon mots and kudos to the stars, drawing them into her microphone and asking them hysterical questions about their nominated roles, their lives and loves…and whatever else came into her head – a wacky stream of consciousness. She was brilliant! Totally unafraid to meet to BIG named stars head-on, kinder than Joan Rivers but just as “intimate” with her enquiries, Carla charmed everyone that night and I knew it was only a matter of time that she herself would walk among the showbiz giants…on 6″ stilettos and with even bigger hair!

Working her magic in west coast comedy clubs, hosting corporate events & awards nights, special guesting at swanky soirees – years later Carla has forged a successful comedy career as well as becoming a best-selling author, launched a brilliant interactive program that merges laughter with meditation and yoga principles, and now back on home turf in Canada, she’s hosting a brand new webcast series (which should go live with a studio audience once Covid quarantining is over) staged at the legendary El Mocambo nightclub in downtown Toronto.

I recently caught up with my fellow blonde goddess and posed a few scintillating questions I thought my readers would enjoy…. 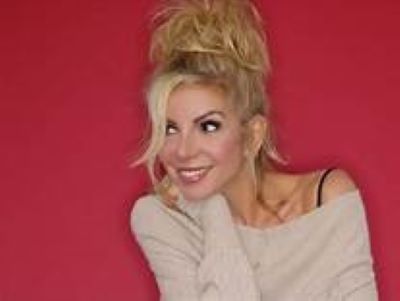 It’s been a long time since your first stand-up gig at The Rivoli in Toronto – do you remember your excitement or fears when you first set foot on the stage? And did you think it would lead to such a successful career in comedy for you?  For the longest time I was absolutely terrified of doing stand-up and had a crushing nerve problem where I couldn’t even eat for days leading up to going on stage. I only dabbled in comedy a couple of times a year when I was working fulltime on TV and radio.  Although comedy was my first love, I was terrified before every show. Now I could jump up and do 45 minutes at a garage sale! I can’t wait to make people laugh and I certainly never imagined it would become my greatest high and healthiest escape. Like every other comedian right now, I’m practically doing a tight 5 in the Whole Foods parking lot against everyone’s will.   The Rivoli was the mecca of comedy – I’m so sad to hear it has closed and so honoured to have had the opportunity to perform there a few times.

Your stand-up comedy has attracted a huge following in the States and whenever you’ve come home to Canada for special appearances you pack the theatres – do you find any difference in the audiences?  Audiences can vary a little from place to place, city to city. If I were to make a general, sweeping, certain to offend someone observation it’s that US audiences tend to be a tad more effusive and more prone to standing ovations and Canadian audiences seem to prefer more intellectual humour at times. Having said that, depending on the town or region, that statement can be totally flipped. At the moment I would kill for any type of audience, even though my Chihuahua, three kittens and UPS driver have been a great crowd during lockdown. 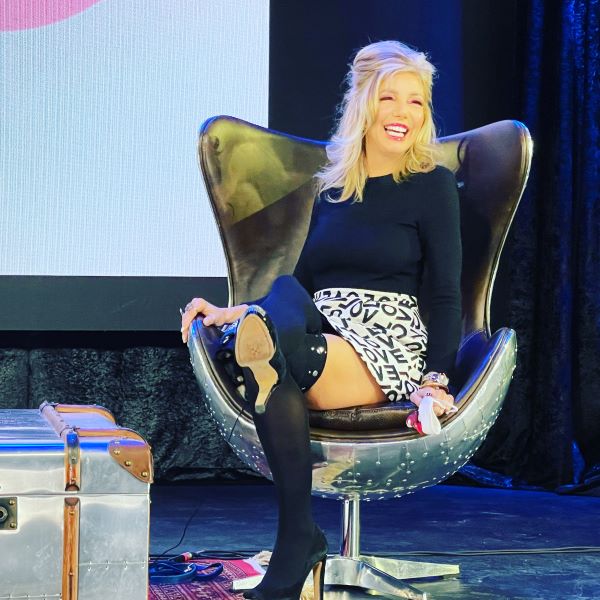 Have you had any really weird experiences while doing your shows? Any men’s underwear thrown on stage, mothers claiming you seduced their sons or maybe some ugly streakers?   One time in Long Beach, California, a very drunken woman slurred and heckled throughout my set. That wouldn’t be remotely unusual except for the fact that I was performing at an AA meeting and the Ziplock bag full of vodka that fell out of her purse was frowned upon by the organizers. Last year in Calgary a former hockey player and his girlfriend bought me many, many drinks after I headlined a show. I had to excuse myself and retire to my room as I was beyond tipsy only to find a $1,500 tip in my purse! I was a bit of a legend the following night as the other comedians and wait staff had witnessed the event. Pretty sure I naively escaped an Albertan three-way! 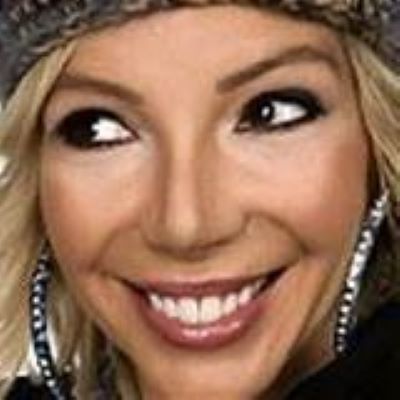 In one of your many film appearances, the diamond heist adventure Bitch Slap, you got to work with both Hercules (Kevin Sorbo) and Xena (Lucy Lawless) – how was that experience and did you manage to score any super powers of your own?   Well I was only in one scene so I didn’t get to work with either one on set. I did meet Kevin at the premiere and I already knew Lucy through a mutual friend. She’s absolute perfection and is one of my girl crushes. Pretty sure everyone adores Xena/Lucy. The only super power I emerged with was my ability to overact even in the tiniest of roles and my ability to kill off husbands. Metaphorically. 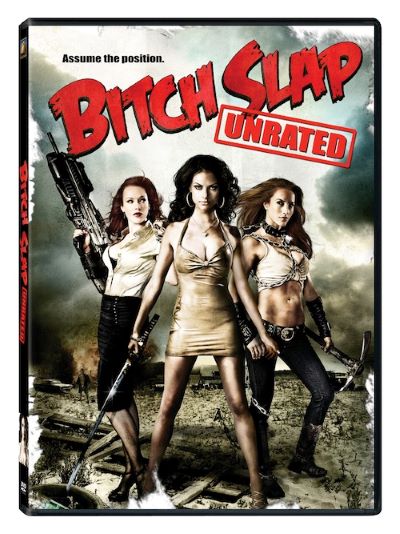 A few years ago, you created a fun online chat show, Carla Collins Comes Clean, set in your actual bathtub where you told us about all sorts of hilarious things that happened to you. How did you come up with the crazy concept and did you ever invite any special guests to the tub?   We had so much fun doing that web series and we still have a season 2 that needs to find its way out into the wild. It was directed by Tom Moser who has won multiple Emmys in animation. My then producer, Penny Edminston, and I thought it would be funny for me to just rant away in a bathtub as that is my natural habitat and form of cheap therapy. I would straight up be doing prison time if I wasn’t allowed to take baths. We were tickled by the twist ending of reversing the camera and showing some poor pizza delivery man, nun, B list celebrity, etc… fully-dressed in the tub with me and forced to hear my bullshit. There is interest in remaking the show this coming year so expect to see more of me, as it were. Don’t say you weren’t warned.

I’m interested to learn about how you’re exploring your spiritual side by launching the innovative Comedic Meditation program, hosted online now (thanks, Covid you bitch!). Please tell me about the healing effects of humour and how you have merged guided meditations with laughs and smiles.   Currently, Comedic Meditation is my favourite child! I think I have often combined my love of comedy and spirituality including performing stand-up at the Kabbalah Center in LA and my humorous self-help book “Angels, Vampires and Douche Bags”.

I’ve been spiritual all my life and have practiced yoga and meditated for almost 20 years now. Everyone in Los Angeles claims to be a guru and I just wanted to take the intimidation, preciousness and woo woo out of meditation. It’s simply focusing on your breath. The marriage isn’t as unconventional as it may seem at first. Starting off with 20 to 30 minutes of stand-up allows everyone to release endorphins and get out of their own heads and both meditation and laughter produce the same gamma brainwave. People are finding that they are able to relax more deeply and more quickly after some giggles (and sometimes a few drinks) Also, although no one thinks Zoom comedy shows are ideal, the meditation portion may work even better delivered online as people can relax comfortably in their own home without feeling judged and without having to drive home…or wear pants.   I’ve been fortunate to do a few corporate comedic meditations this month for a few organizations which I loved.  Thanks to several sponsors like our title sponsor, The Michael Stuart Webb Team, you can sample a show right now at no cost by visiting www.comedicmeditation.com Figure we all need to chuckle and chill during these mad times. 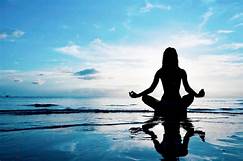 More recently, you returned to the stage here in Toronto at the legendary El Mocambo nightclub presenting a unique talkshow-style webcast called Carla Collins Rox the Elmo – do tell…how did this happen and who will you be chatting with?  Pretty sure masks and podcasts have both become mandatory! I had a wonderful experience playing the Elmo for two shows in September during that brief but glorious window when venues were quasi-open. I had quarantined with Elmo Owner and former Dragon’s Den star Michael Wekerle and his family and we became fast friends. Michael Stuart Webb (whom I refer to as my gay fiancé!) and I had already partnered on Comedic Meditation and he was launching his new media group so the three of us joined forces to produce a pandemic panacea podcast/web series. Carla Collins Rox the Elmo is the perfect three-way of comedy, music and spirituality where mental health meets metal health with the iconic venue as the beautiful backdrop. 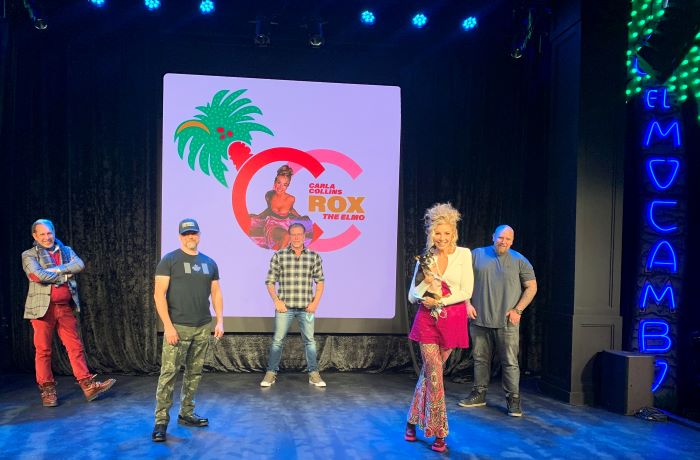 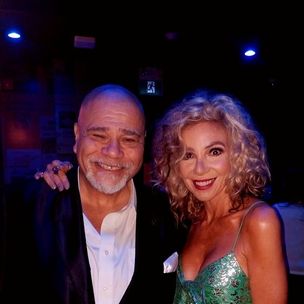 We just wrapped season one with some exceptional guests partaking in no-holds barred, intimate interviews. Many also treat us to mini concerts you won’t see anywhere else. Season one includes candid chats with actor Dean McDermott, Canadian music icon Gowan, comedian Kenny Robinson (pictured above, with Carla), Olympic skating queen Elizabeth Manley, recording legend Kim Mitchell, singer/songwriter Gordon Deppe, the list goes on.  Naturally there’s a lot of laughter and great music but also a lot of raw emotion and honesty. I’m very proud of this show and hope everyone will check it out on my YouTube channel and/or iTunes and Spotify. 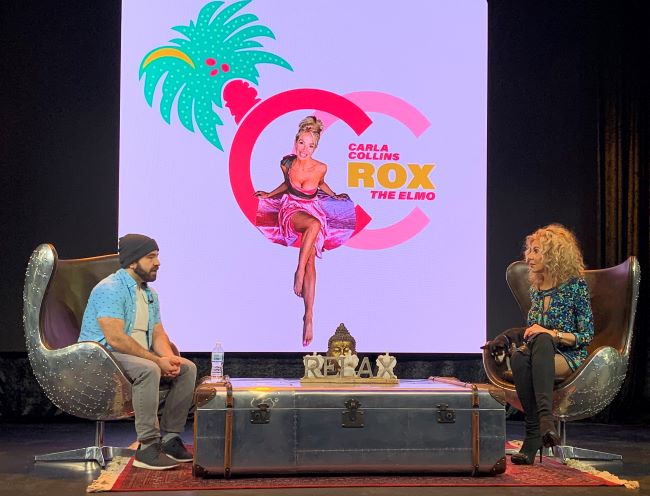 The Covid lock-down, isolation and quarantining has not dampened your sense of humour and certainly hasn’t curtailed your creativity. How many webisodes are you planning at the Elmo and then what’s next for Carla Collins? Any more books in the works?  We’re planning more webisodes in the new year when we are able and I’m also going to release a new comedy album from my two shows in the fall at the El Mocambo (maybe even a TV special!).  I am working on a new book: the world’s first motivational/self-help coffee book featuring the beautiful fashion designs and photography of my dear friend Jorge Del Busto called Stairs: A 30 Day Step by Step Guide to being Fab AF.  It features various photos of me on a staircase with some hilarious and hopefully helpful hints of being even more fabulous than you already are 😊 I’ve been billing myself as the world’s most immature mature model. Funny fact: I was just signed to a modelling agency in LA. Now I’ll be spending the entire holiday season phoning up my exes and letting them know that they didn’t know it, but they were bangin’ a model! 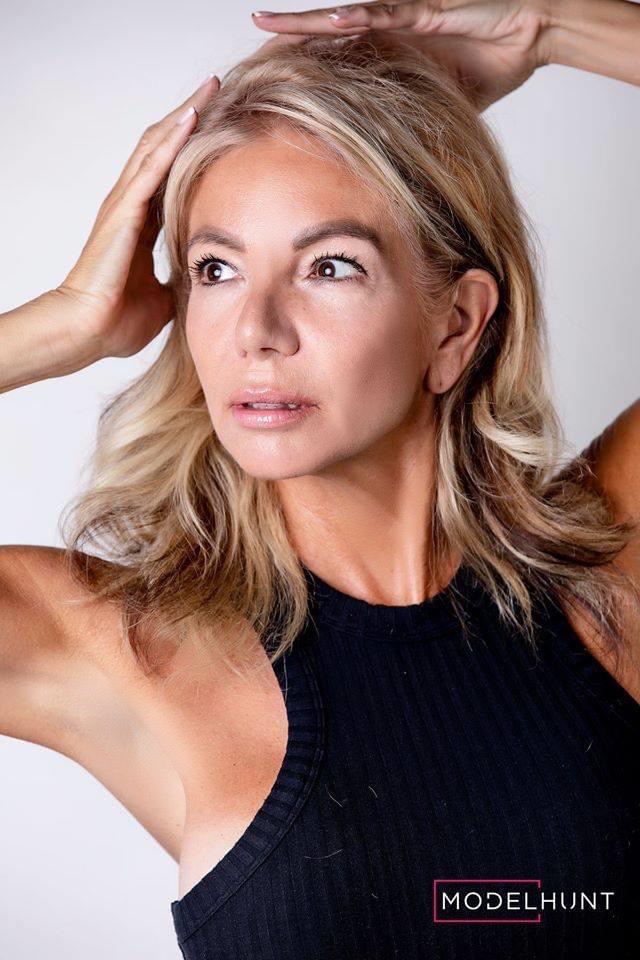 Carla, is there anything else you’d like to add, any shout-outs or messages to your fans?  Just wanna send everyone lots of love and laughs right now. Stay safe and healthy. If you can, during lockdown, adopt a pet. Or an accent.

Watch for webisodes of Carla Collins Rox the Elmo now on YouTube! 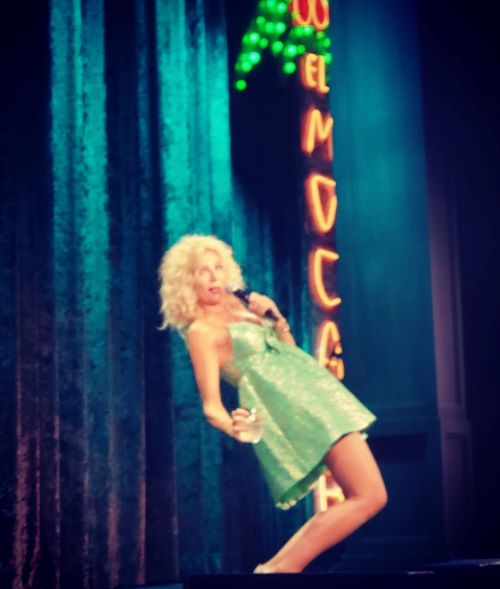