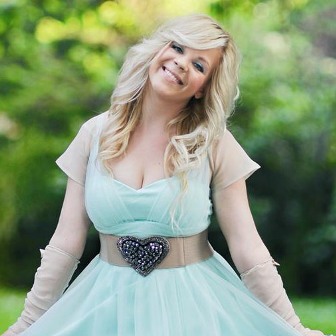 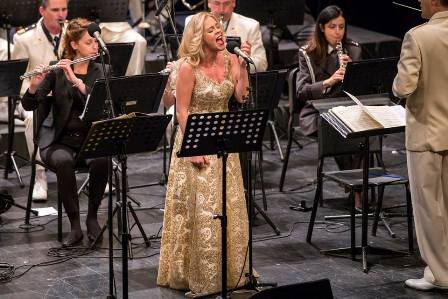 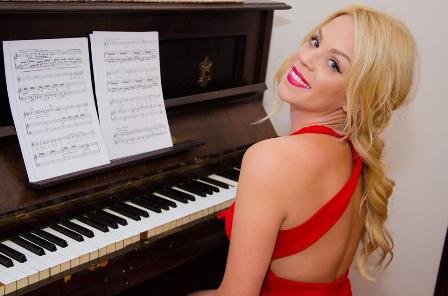 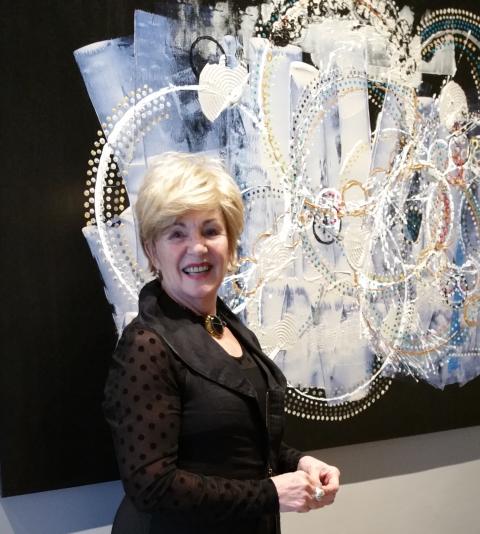 Amid the excitement of the launch, Donna shared with me the fact that a local (and very gracious) fashion designer, Annie Thompson, reached out to her with an offer to outfit her for the launch today so here’s Donna wearing one of Annie’s outfits also called “Flight of Fancy” which perfectly matches her paintings and style (www.anniethompson.ca). Here’s Donna describing her show and talking about her inspirations….

Here are a few of the pieces gracing the gallery walls… 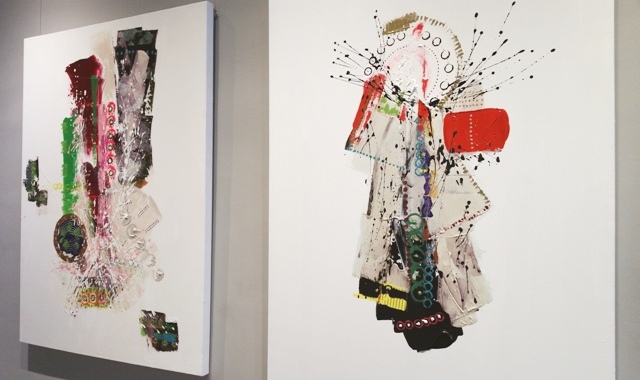 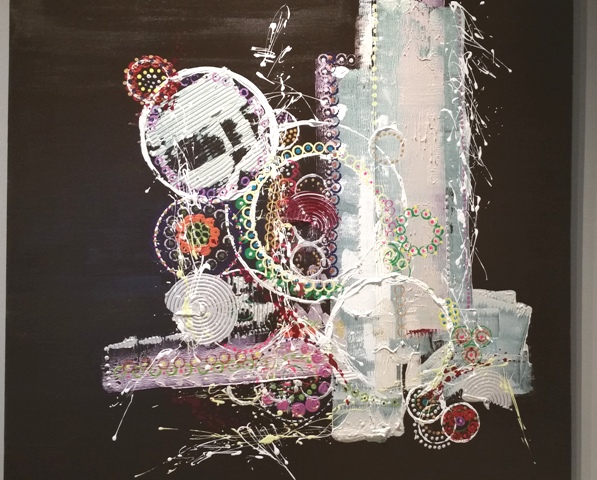 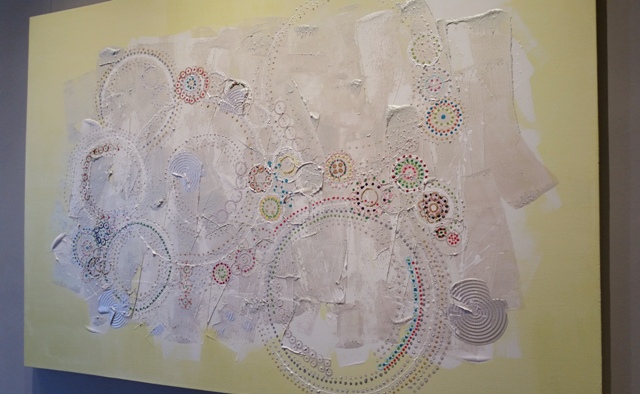 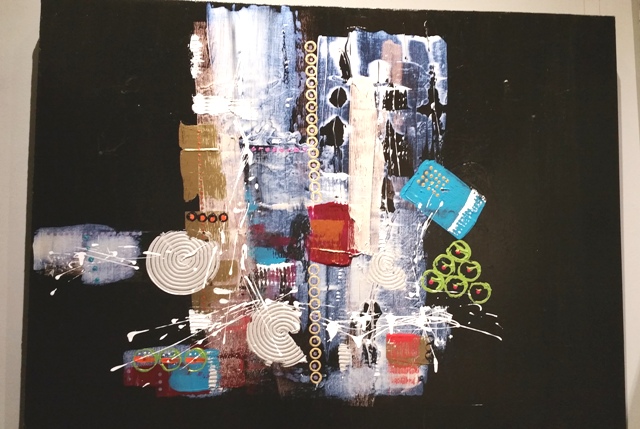 Fine arts blogger Mark Hasan of KQEK.com stopped by for an interview with the artist (below) then enjoyed viewing her work along with the crowd of friends and family who started filing in… 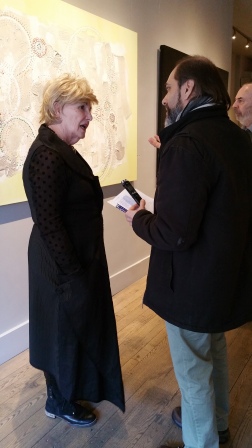 A friend and long-time collector of Donna’s (below L) put the first “red dot” of the day beside one of the stunning paintings, purchasing one of my personal favourites: this delicate image of what, to me, looks like a Japanese geisha. What do you think? 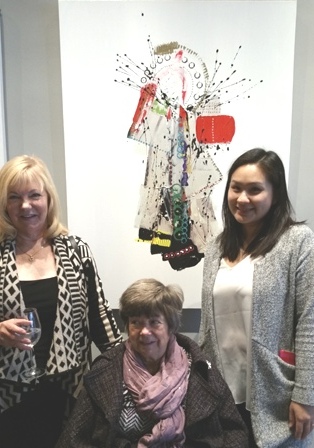 Donna’s husband (below L) posed with another family friend in front of this giant pastel hued canvas….. 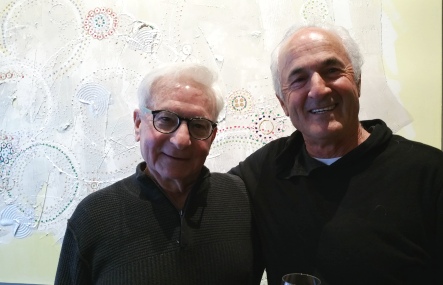 …and here are more gallery guests enjoying Donna’s work and the fine catering courtesy of www.UrbanCatering.com 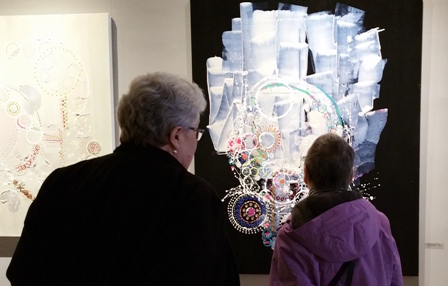 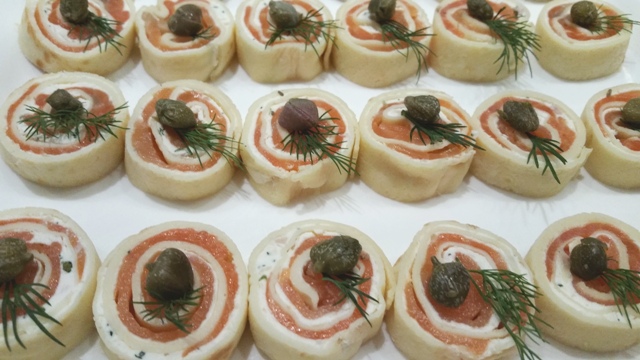 If you can’t make it down to the gallery in person, here’s a quick virtual trip around one section of the gallery…

Urban Gallery is located at 400 Queen St East, just E of Parliament, in Toronto. Visit the website for directions and gallery hours:  www.UrbanGallery.ca