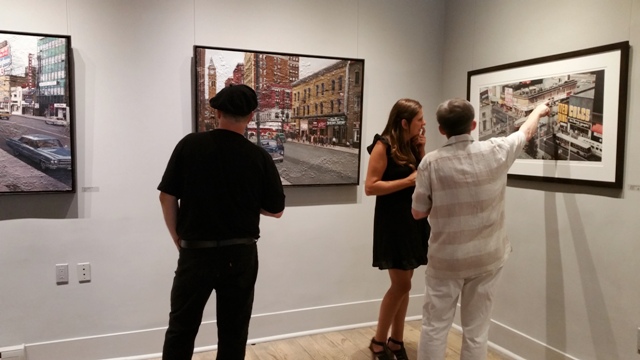 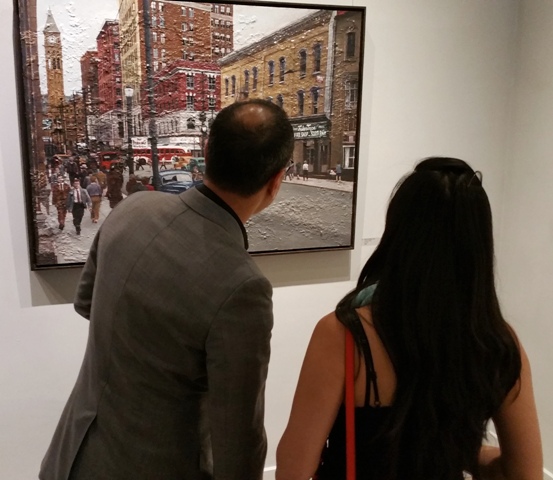 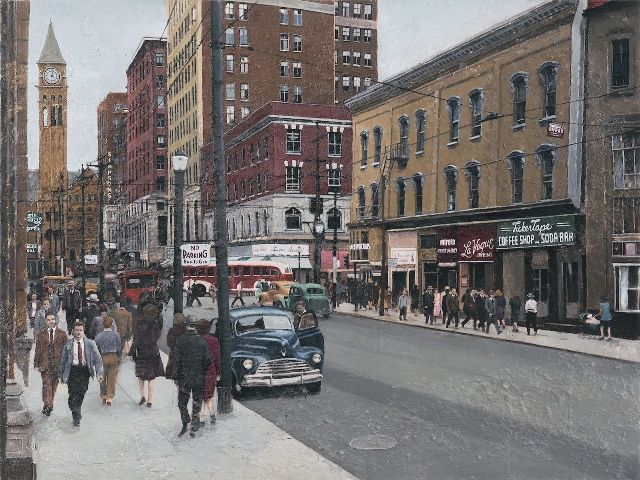 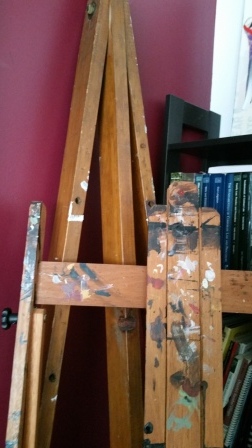 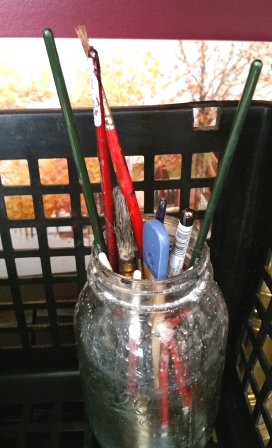 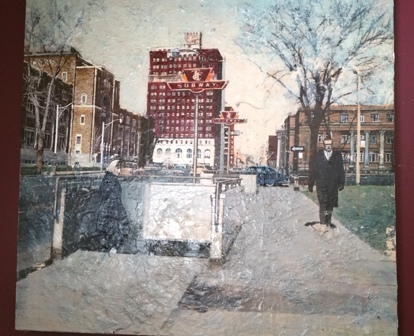 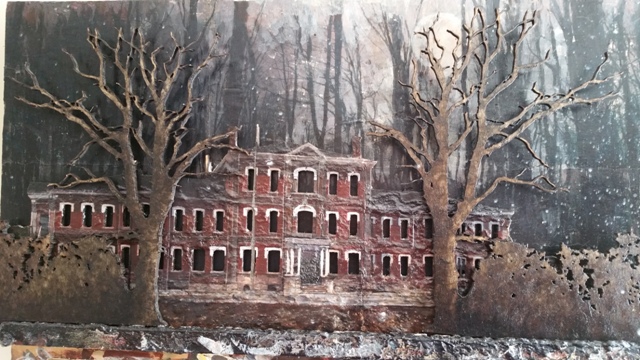 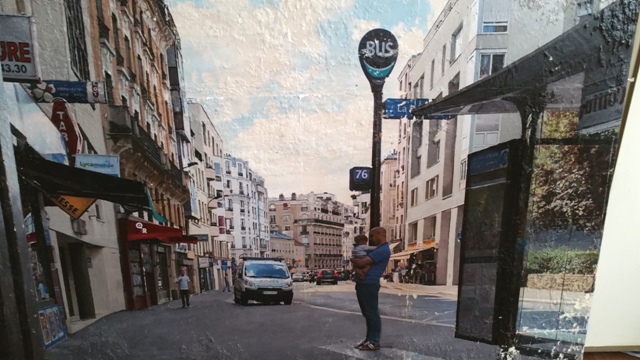 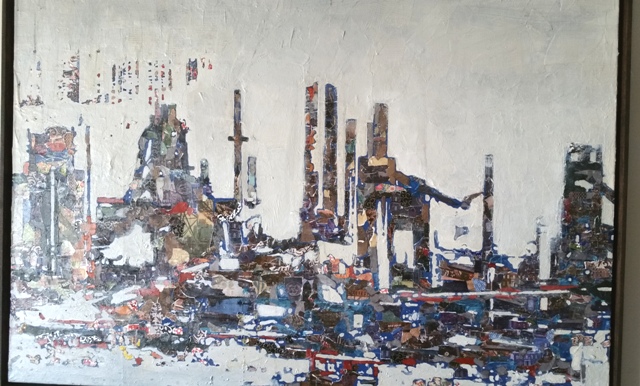 I discovered a great gallery on Spadina Ave (Toronto) last night when I attended the opening soiree for the fabulous Mr. Hydde‘s solo show titled “Happy Tyme”.  Coldstream Fine Art represents a number of exciting contemporary Canadian artists and I was thrilled to see Mr Hydde’s new works hanging in this space. His show runs util March 23rd so please scroll down and check the websites linked at bottom of this blog for info & gallery directions. 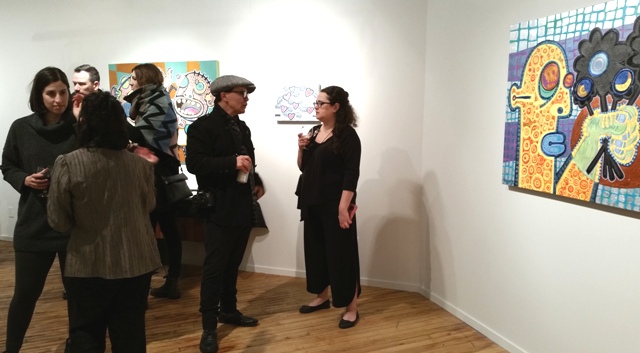 Upon entering the 2nd floor gallery, I was amazed by the brightly coloured large, fanciful paintings, each of which intrigued with Mr. Hydde’s embedded text and imbued with his sense of humour and social commentary. 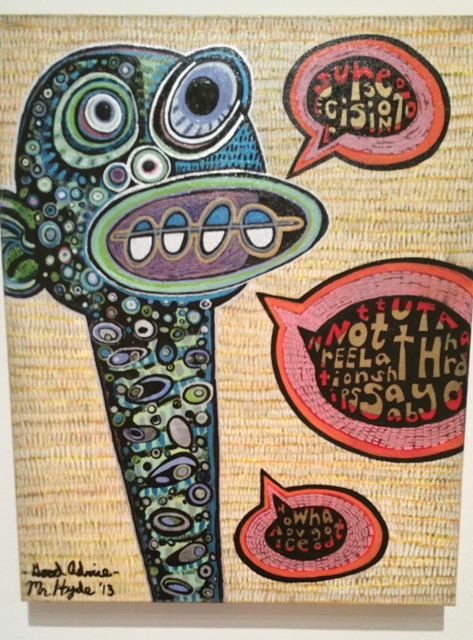 I managed to grab a quick Q&A video with the man himself….

I met up with some friends from the Toronto arts community including (below) Val Peter (L), Tanya Solonyka (C) and Michelle Dinelle (R) who were their to support our talented friend, Mr Hydde. 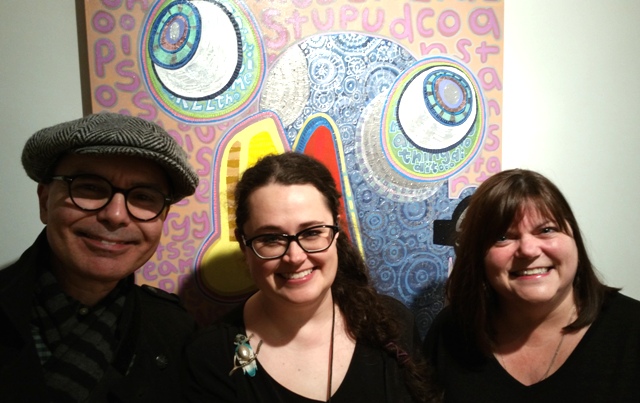 I had my eye on this one, Flowerz (below) and decided to commit. Yes, that’s my red dot alongside. The eyes followed me around the gallery and kept drawing me back so….I just had to have it! 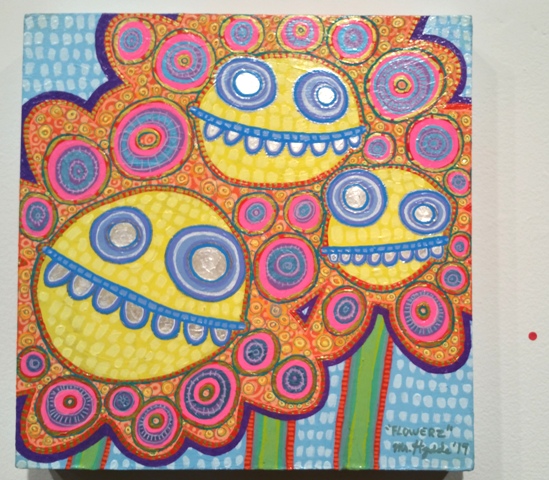 I encourage you to visit Coldstream Fine Art and view Mr. Hydde’s work in person…see if any of the other eyes follow YOU around the gallery. Thank you for supporting local artists. 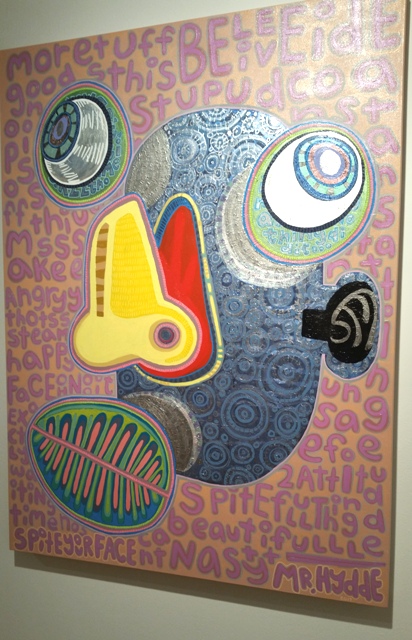 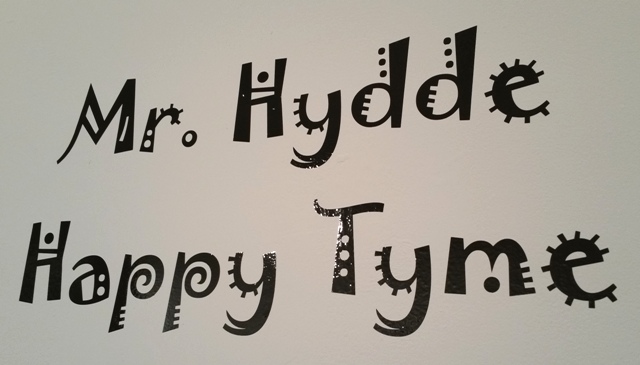 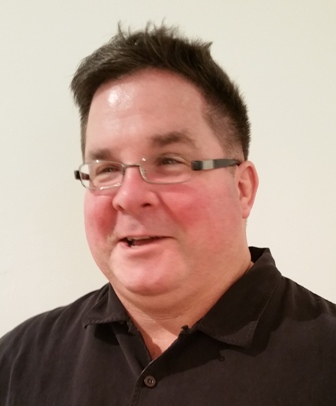