Throughout the 80s and 90s, I frequently journeyed home to Australia from Toronto, always spending a day or two in Hawaii to break up the very long journey half-way around the globe and chillin’ on the beach at Waikiki.  I had originally booked for 3 days in Honolulu so I could do the touristy thing before heading Down Under but thanks to Qantas being so short-staffed with pilots and crew, my flight was cancelled and I had to scramble to find a seat on a plane 2 days earlier so all I had was 36hrs to enjoy the tropical paradise. 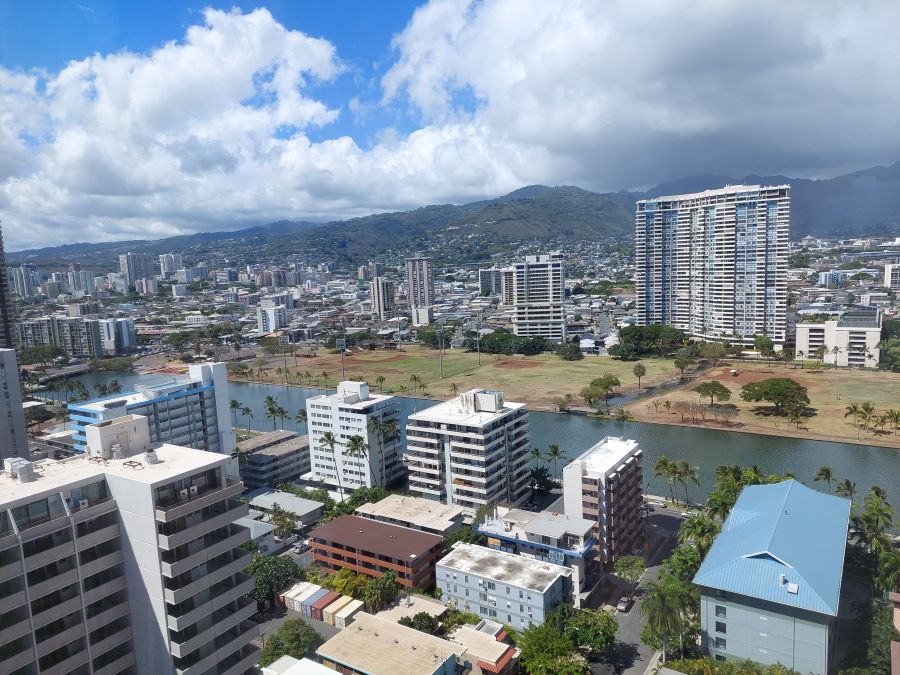 This trip, I checked into the Holiday Inn Express, a couple of rows back from the beach and several hundred dollars a night cheaper!! Had a great view over the canal and up into the mountains…and the comfiest queen bed in which to recover from the Air Canada economy seats from Toronto and Vancouver (12 hours in total flying time).  First place I visited was the Duke Kahanamoku memorial (below) on Waikiki beach – it is said he invented surfing as we know it today. 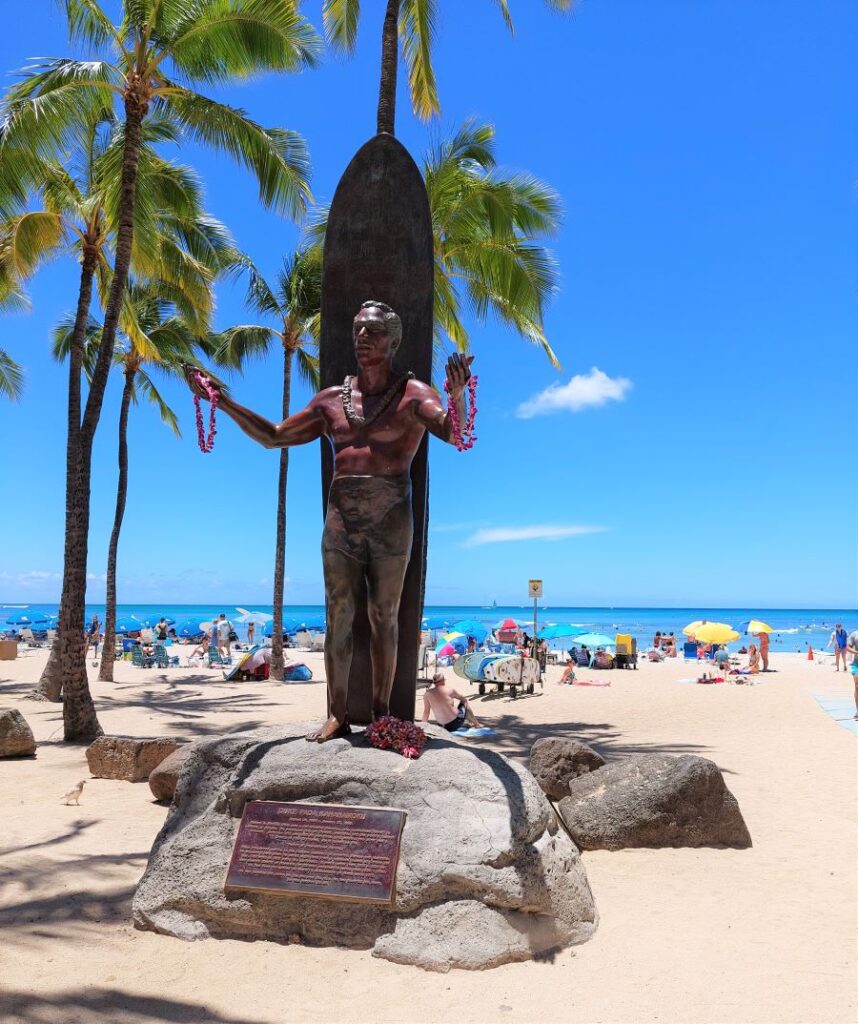 I then worked by way along Kalakaua Avenue to view the grand old ladies – hotels Royal Hawaiian (the “pink palace”) and the Moana (pictured below) – I’ve stayed at both in the past and you get a real feel for 1920s old school hotel glamour when you walk in. 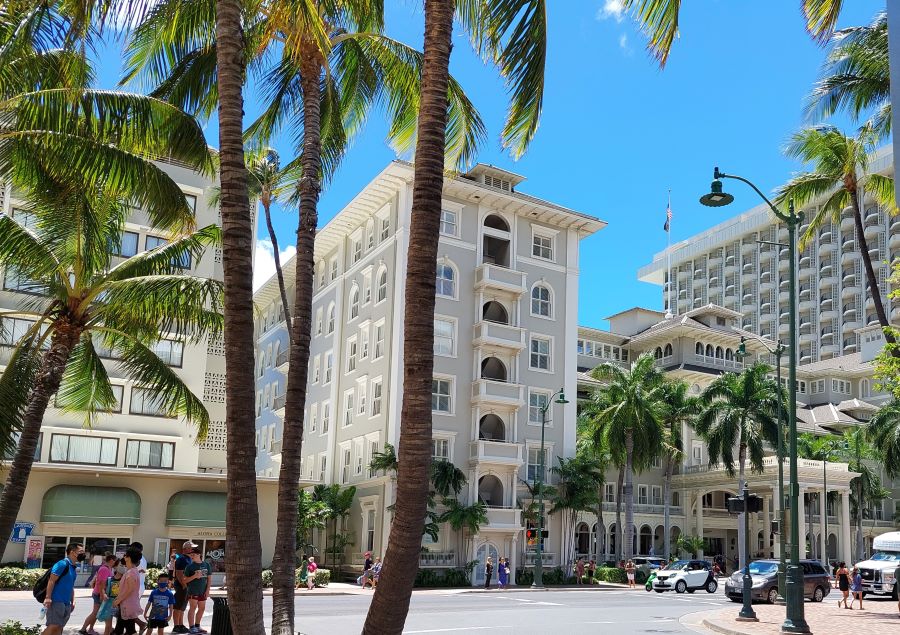 Being on a budget this time, I headed over to Duke’s Lane, a great flea market where I found some treasures including a beautiful hair comb that the lovely stall holder lady put in my hair…isn’t it lovely? 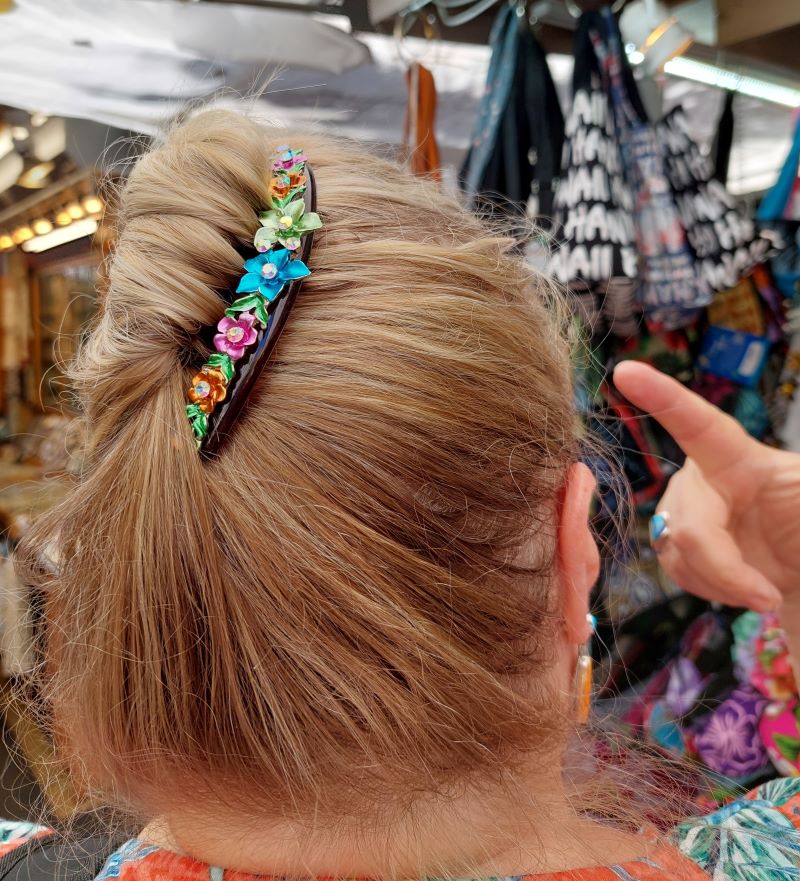 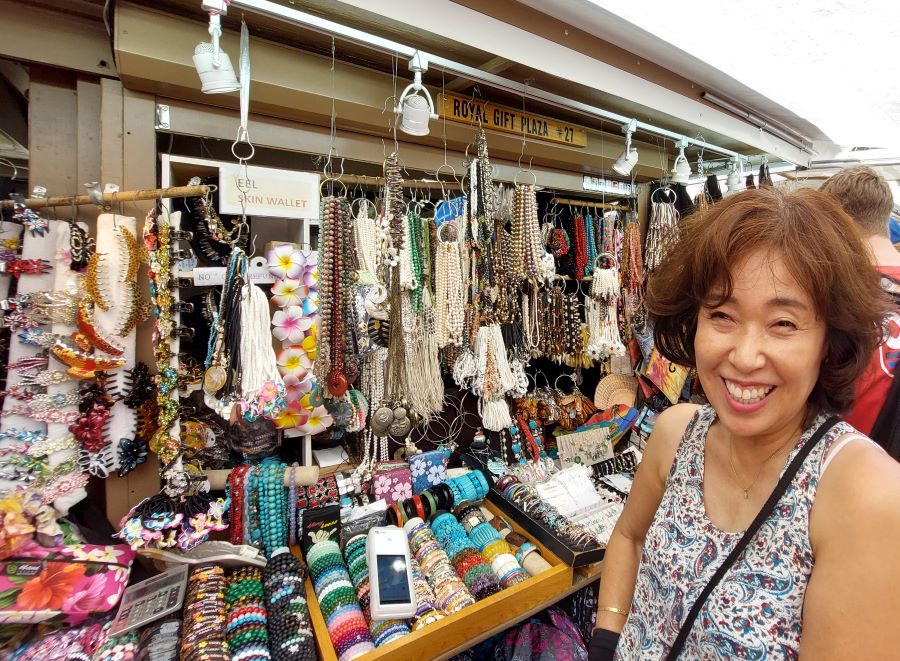 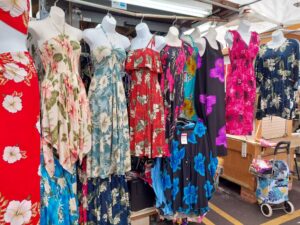 The famous International Market was torn down about 20yrs ago and in its place, there’s a suburban style mall with fancy-schmancy  boutiques that you get in any major city. I really miss Trader Vic’s and all the cute stalls…but I did like seeing Don Ho’s memorial (below) 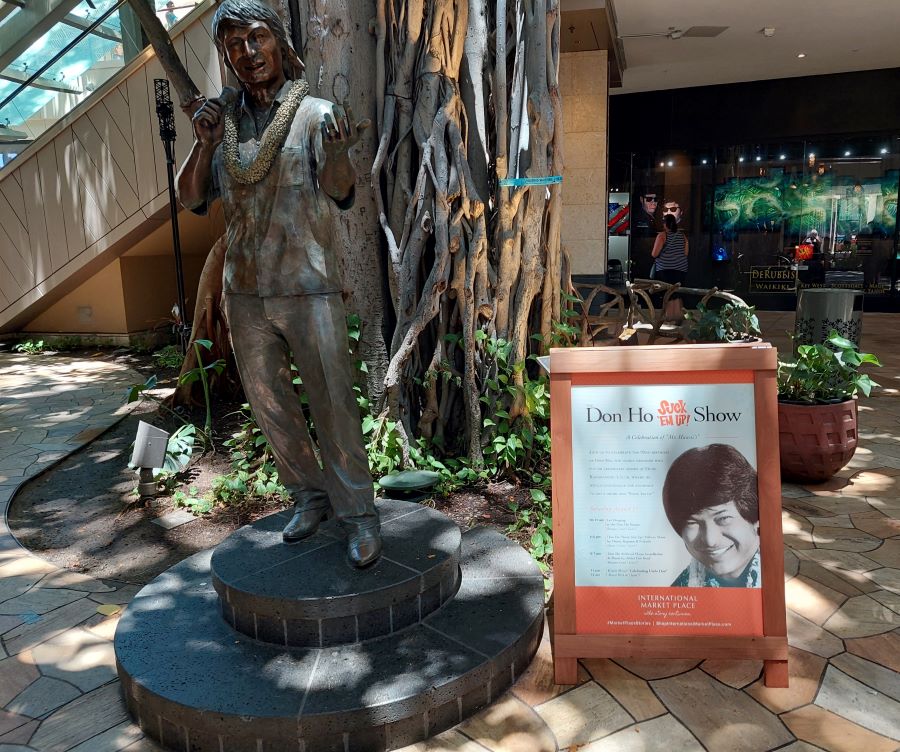 Time to depart for the longest leg of my journey – the 10 1/2hrs across the Pacific to Sydney. But look what I found in the lounge at the Honolulu airport. I was having visions of Jack Lord calling Hawaii 5-O HQ while chasing a villain through the airport…”book him, Danno”!! 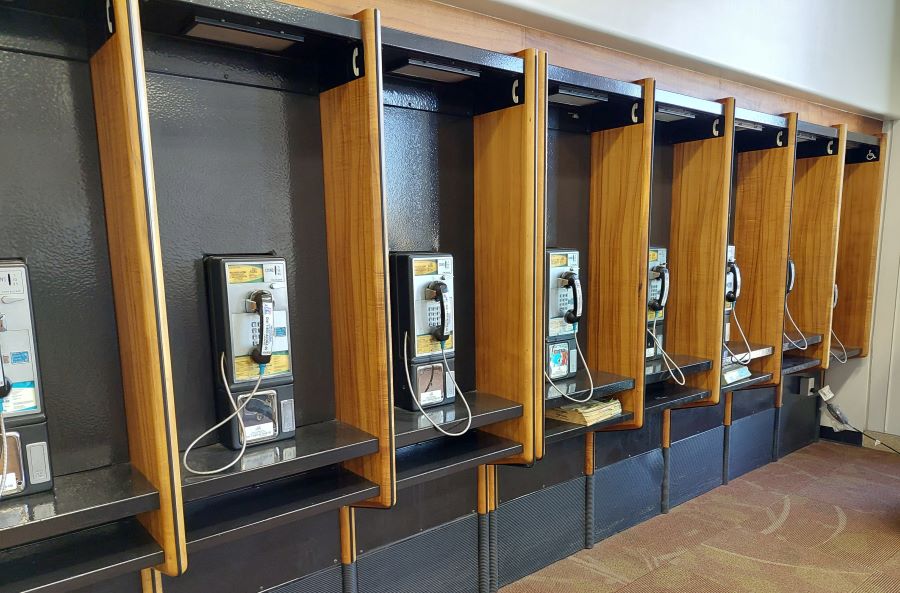 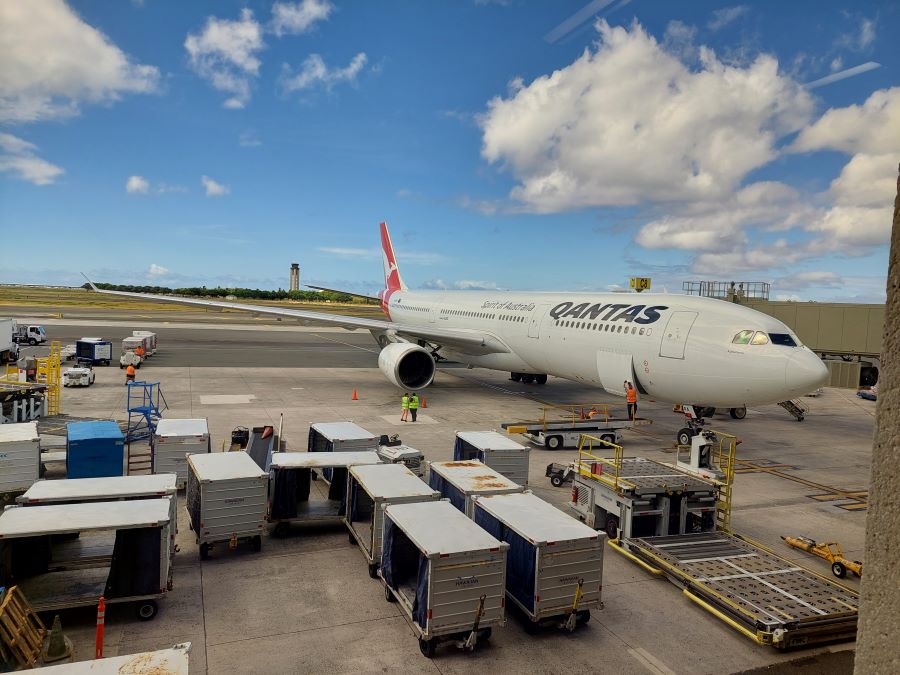 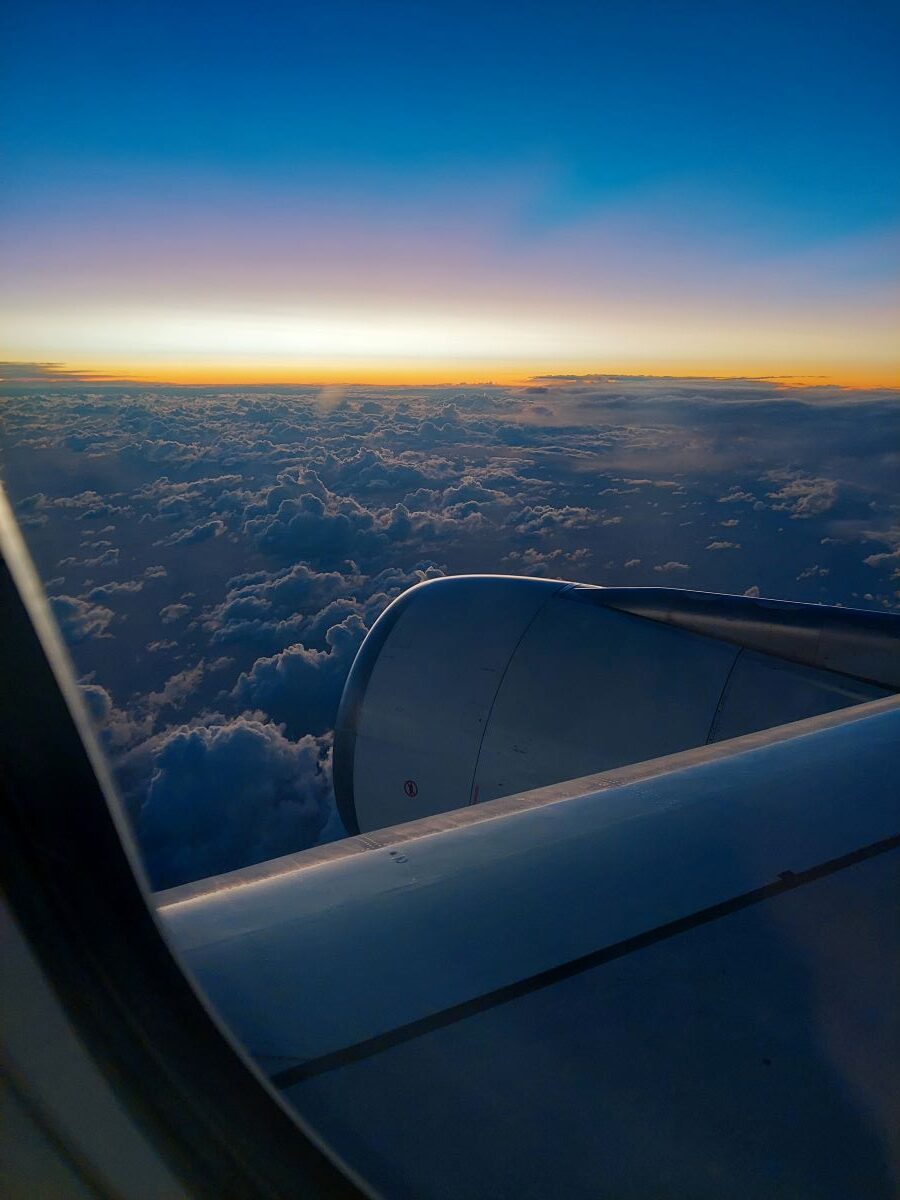 So Aloha and mahalo to Hawaii, and westward ho on to Australia….