As I reported a couple of weeks ago, Bernard Frazer of Church of Trees gave me the 4-1-1 on the band’s new single, World’s a Bitch, featuring the iconic voice of Canada’s legendary pop diva Carole Pope, along with Rob Preuss. Since then, thanks to Bernard leading the promo charge, the single has been added to radio playlists around the world, including my home country of Australia…yay! Even in a pandemic, talent will triumph…especially with such a great song. (Carole & Bernard, pictured below, made sure they were well masked) 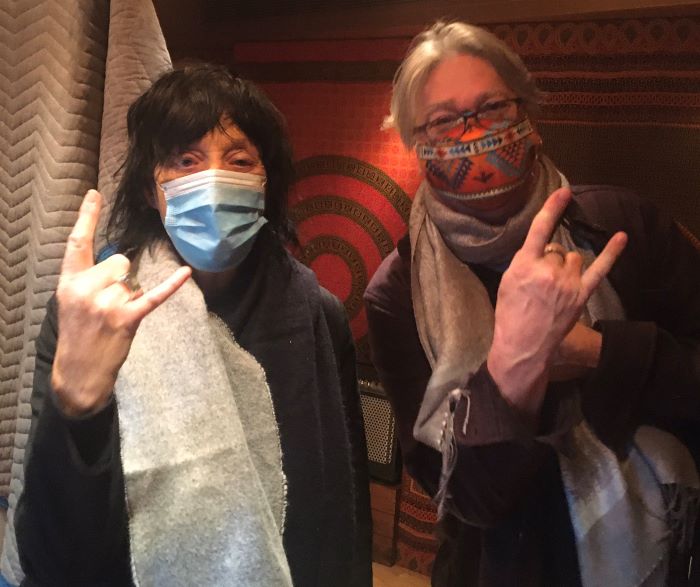 AND, Carole has just launched a GoFundMe campaign in support of Attitude: The Art Rock Musical! based on the life of her brother, Howard (pictured below), a New York-based musician who died of AIDS in 1996. Donate and be a part of the process!  Here’s the link:  http://bit.ly/2MgUYBp

Big CONGRATS to Church of Trees and Carole Pope for scoring such universal applause for the new single….you can listen in or buy the single from your favourite streaming platform, or direct from the artists at: http://www.churchoftrees.bandcamp.com/

The beautiful and talented DEENA entertained guests at Yorkville’s 70 DOWN resto-lounge this past Saturday evening, accompanied by JACK LENZ on keyboard and GRAHAM YOUNG on guitar.

Jack Lenz (with Deena, below) is a  multi-award winning composer who heads up Lenz Entertainment, a world-renowned film, television and music production company providing diversified creative services to the entertainment industry.  www.lenzent.com 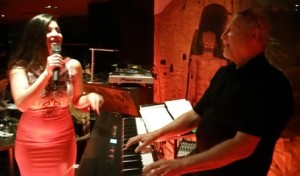 Graham Young (below) is a young musician currently exploring various genres including country, pop, jazz and rock. He sounds fabulous here with Jack and Deena. 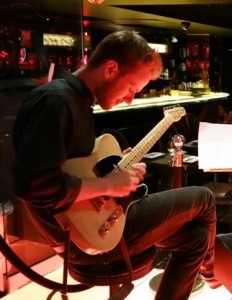 Deena is a multi- talented recording artist who is also developing her acting and TV/film production chops. She can be seen in TV commercials and she frequently models for various advertising campaigns.  Based in Toronto, Deena has her sights set on a global music career that will allow her to promote arts & culture as well as share her philanthropic & humanitarian consciousness.  Deena has been performing since childhood and in 2015, honed her songwriting skills by collaborating on two original singles You’re Not Alone and Supernova with renowned industry professionals Derek Brin and Rupert Gayle.  http://projects.swiftweb.ca/deenatheartist.com/

One of my fave songs is Besame Mucho and I captured this quick video of Deena serenading us with her sexy rendition of the Latin classic.

Thank you, Deena, and BRAVO to you, Jack and Graham for a fabulous night of live entertainment.  We hope to see you back at 70 Down again real soon.

Check out all the live entertainment presented (Thurs-Sat) at 70 DOWN, 70 Yorkville Ave, Toronto  www.70down.ca 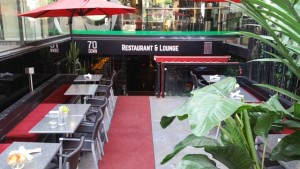