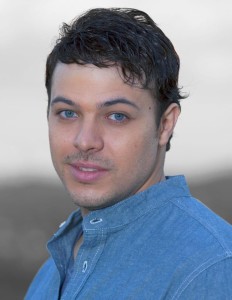 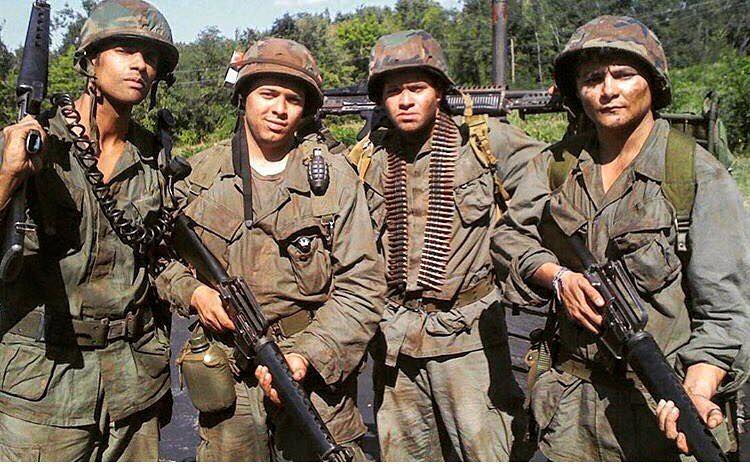 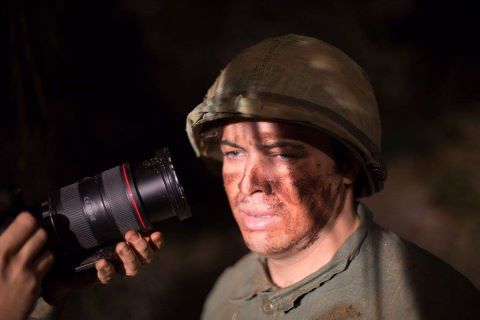 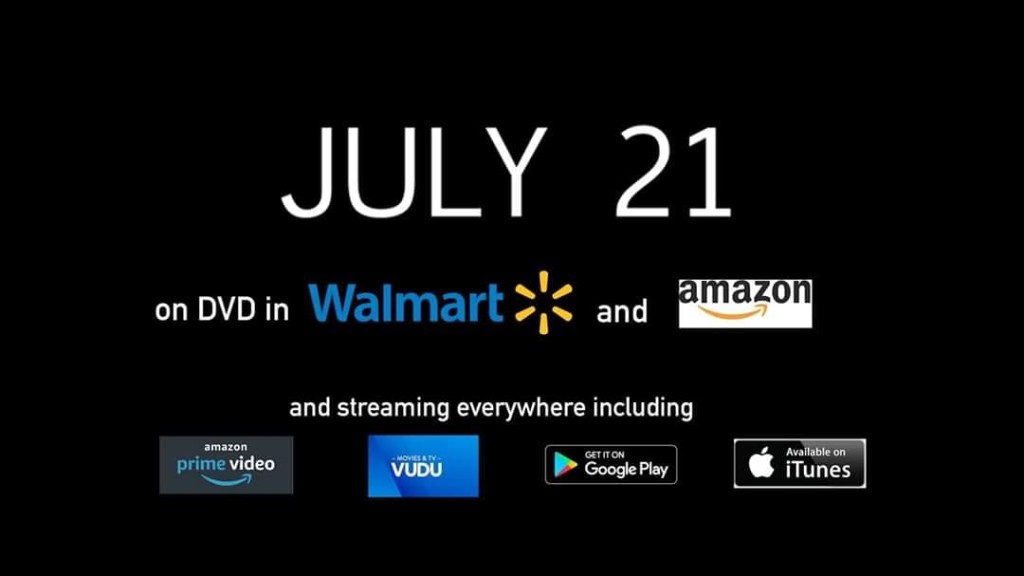 Just as I was watching the opening scenes of I,Robot on tv this past week, I got a call from Taylor Martin (pictured below), a multi-talented young woman who had just completed a 1-day shoot with my producer colleagues over at RDG Entertainment Inc. for a short film called “Breadcrumbs”.  On my tv screen, the scene was unfolding where Will Smith’s futuristic cop character was talking about “breadcrumbs…like Hansel & Gretel”, left for him as clues by the James Cromwell scientist character….synchronicity or what?!

Taylor told me about her experience of working with a professional crew and cast, seeing/hearing her script come to life, and playing one of the main characters, too.  The storyline is: When Gretchen met Luke everything seemed to be perfect, however, his adoration turned to obsession. She moves on and creates a new life only to discover that he has not. Gretchen is reminded that the past is never far behind. You can almost hear the sinister music playing in the background…dum dum dummmm.  So I asked her about the process and here is what she told me:

Growing up, you’ve been a dancer, model, gymnast, soccer player, martial arts practitioner….so what inspired you to seek a career in film?  I believe it started when DVD’s first came out and they often included a second disc with all the special features and background footage.  I can’t remember what movie it was, but I was completely blown away by “the making of” or “behind the scenes” section.  All of a sudden, my interests started to expand towards the creation side as well as the acting side.

As an actor, writer, director….what challenges you the most and why?  As an actor, if someone isn’t willing to “let go”, “be in the moment” and “be honest” with their intentions in a scene, I find that challenging to respond.  No different then the work of a relationship.  As a writer, it’s making sure everything flows properly, and not quelling too much on one thing.  Everything has a purpose, connects, and catches people’s attention. 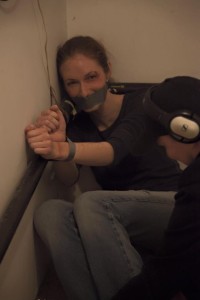 For your latest short film, Breadcrumbs, you enlisted the production assistance of Rafael Kalamat and Jason Barbeck of Reel Deal Guys Entertainment (http://reeldealguys.com/) – what did they bring to the film and how quickly was it made?  They brought everything that is needed to actually shoot the film.  With their persistence, professionalism, team work, and dedication to the overal look and feel of the film, it was shot within one day.  I really couldn’t have asked for a better team, and that goes for the cast as well.  I’m the kind of filmmaker that wants to get things done when it’s that time.  I think that’s why a short film that could’ve been filmed over a two day period was done in one day because it was “GO, GO, GO”.  We ran a tight ship, and the atmosphere on the set actually fit into the filmmaking process. 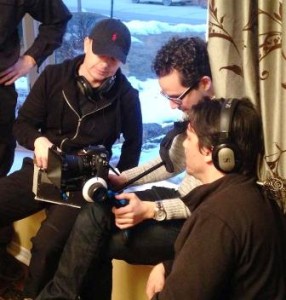 Tell us about Breadcrumbs – what’s it about, what was your inspiration for writing it and how much, if any, of it is biographical?  Breadcrumbs is about the drama that occurs in complicated relationships that should’ve ended a while ago.  My inspiration for it came from my own experiences and watching friends or relatives go through it.  All of it is biographical, but as a filmmaker I jazzed it up….and changed the names, of course. 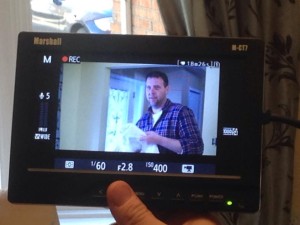 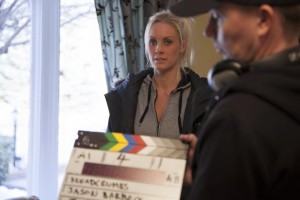 Were you involved in the casting process….and tell us a little about your lead actors?  I take charge and will always take charge of the casting process.  They are MY films, and therefore I’M the one who has the last say in the matter.  I will show co-producers the audition tapes from the actors I’ve chosen to play the roles, but that’s it.  I run my own ship but I’ll always need help to actually set sail.  I’ve known my lead actors (pictured above) for quite some time and they both enjoy these types of films.  I had asked for both their demo-reels when I was initially creating Breadcrumbs before I even told them about it.  I knew their acting chops were exactly what I was looking for, for the characters of “Luke” played by Stacey Unsworth and “Gretchen” portrayed by Alexis Uiga, so when I watched their reels, it was thirty seconds into them that I thought “yeah, I want them. I don’t need to watch anymore”.

Once post-production is completed, where will Breadcrumbs be shown? Any plans for the film fest circuit? Yes, we plan to submit it to as many festivals as we can.  The only footage of the film that will posted on social media for everyone to watch will be teaser trailer(s) of the film.  I hope to have, at most, two teasers since the film is going to be around the five minute mark. 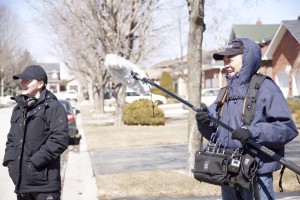 What’s next on your to do list?  The RDG guys and I were talking about making Breadcrumbs into a feature length film so I’ve begun the writing process on that – mostly writing down ideas for tying things together, since there will be lots of questions about the short film.  I’m also in the brain storming process with two other films.  So far everything I’m writing is action based, probably due to my martial arts background. 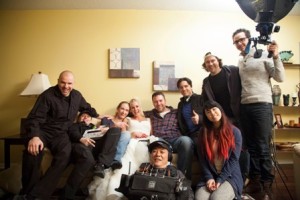 Good luck, Taylor, I know you’ll have a lot of Canadian film fans cheering you on, wanting to see more of your work and celebrating women screenwriters and filmmakers.