Last night, I was thrilled to see so many art fans and collectors in attendance when URBAN GALLERY, 400 Queen St East, Toronto, launched their annual group show. This year, the focus was on our own city – Visions of Toronto features paintings and photographic art showcasing the city’s stunning streetscapes, waterfront and familiar views interpreted in multiple mediums. Here’s gallery curator Allen Shugar to explain…..

I took a stroll around the gallery prior to the doors being opened so I could take some pics of the artwork…. 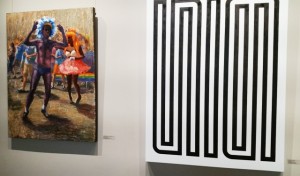 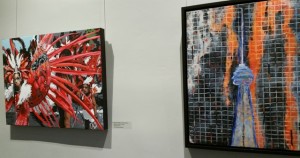 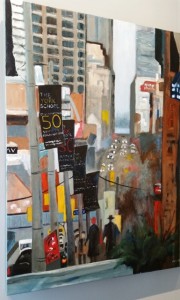 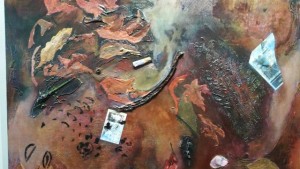 …then I ran into some of the artists arriving early.  Here’s Nik Buczok whose “View from a Mimico Balcony” photo features a sweeping view of the Toronto skyline from the west. 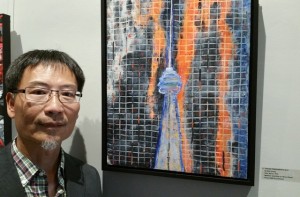 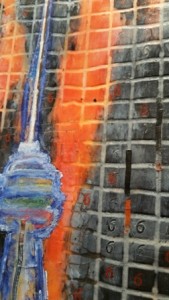 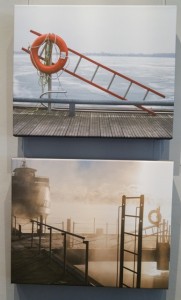 Lindsey MacKay has 2 pieces in the show – below is her “Gooderham” painting (below)…most Torontonians will recognize this spot. 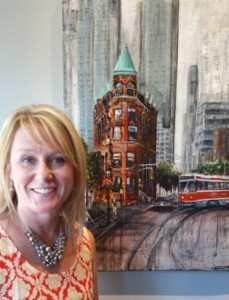 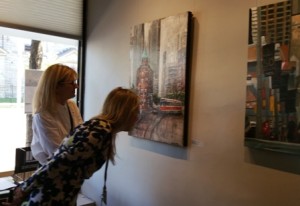 Ian Strulovitch is pictured below with his “Passing By #2” metallic print on plexiglass which shows a subway train in full flight! I watched as the gallery guests stood in front and shared their own interpretations of this piece. Exciting! 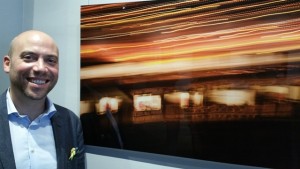 One of the big hits of the show is “Union” an oil on canvas b&w graphic by Colin Nun (below). Is it an optical illusion or is it a name? Well, maybe both. It’s inspired by Union Station…see if you can read it. 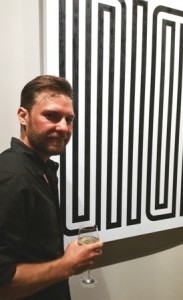 …many of the guests posed with Union including fellow artist Erik and famed blogger Vernon Chang a.k.a. MoVernie (bottom pic) who said it was his fave painting of the show. 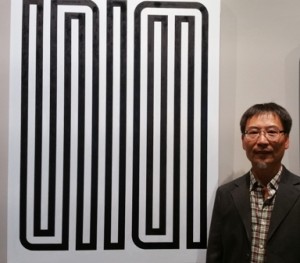 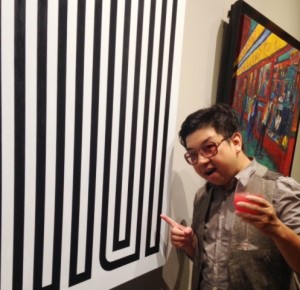 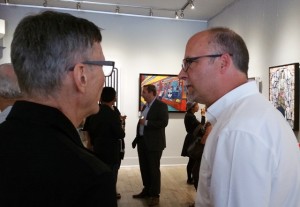 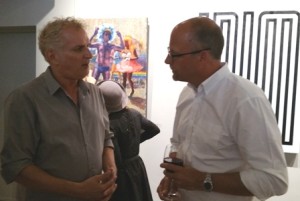 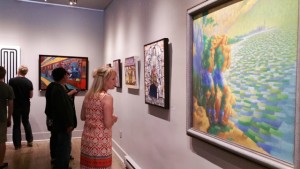 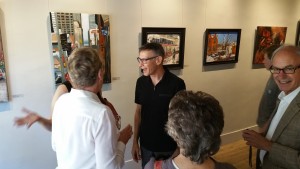 It certainly was a night to remember for the participating artists 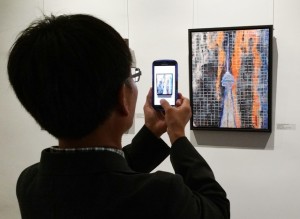 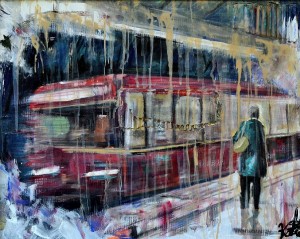 With prices ranging from $375 to $3,400, Visions of Toronto runs throughout the month of August – if you’d like to view the art in person (and maybe pick up a piece or two), check the website for hours:  www.urbangallery.ca

Congratulations to Calvin, Allen and Wayne for such a successful launch! 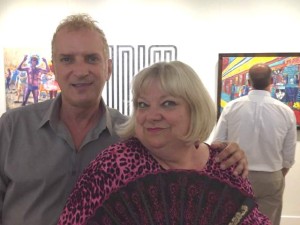