Last week, I was honoured to attend an online gathering of film critics, writers, film directors and industry insiders to hear author IRA WELLS discuss his new book NORMAN JEWISON: A DIRECTOR’S LIFE published by Sutherland House Books (Founded in 2017 by Canadian author and publishing executive Kenneth Whyte). As a long-time fan of the Canadian director’s films, this was a dream Zoom meeting! Ever since my first viewing of The Thomas Crown Affair starring the king of cool, Steve McQueen, and the gorgeous sophisticated Faye Dunaway, I was hooked on Jewison’s style and on-screen “rhythm” – that chess scene from Thomas Crown stands as one of the most erotic scenes ever committed to film…and they kept their clothes on!! From 1965 thru ’68 he served us some of the era’s (and film history’s) most iconic films: In the Heat of the Night presents southern racism in all its brutal ugliness and features that slap heard around the world, The Russians are Coming, The Russians are Coming is a hilarious look at how the cold war affects small town America, and McQueen’s earlier cinematic outing with Jewison, The Cincinnati Kid takes us into the shady but exciting world of high stakes poker. Fiddler on the Roof, The Hurricane, Moonstruck, F.I.S.T., Rollerball, Jesus Christ Superstar, A Soldier’s Story…going all the way back to the beloved Canadian tv series, The Wayne & Shuster Show, Jewison has delivered provocative, compassionate, engaging and hilarious content for his audiences to devour. This new book is now on my Christmas list for Santa…and the fat man better show up early with this present!

About the man, the book and the author:

NORMAN JEWISON directed some of the most iconic and beloved films from the 60s through the 21st century, from In the Heat of the Night and The Thomas Crown Affair to Jesus Christ Superstar and Moonstruck. But despite being what his friend, award-winning screenwriter William Goldman called “a giant of the industry,” Jewison could also walk the streets of any city in the world and go unrecognized. Jewison was a man of contradictions: he cared more about telling great stories than gaining fame and fortune by showcasing movie stars, but generations of Hollywood’s marquee actors—Judy Garland, Sidney Poitier, Faye Dunaway, Al Pacino, Jane Fonda, Burt Reynolds, Goldie Hawn, Bruce Willis, Denzel Washington—trusted him at crucial moments in their careers. Yet, for all his talent and the passionate support of his actors, Jewison suffered heartbreaking rejection from the executives who refused to believe in his dreams. 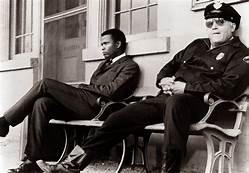 Norman Jewison: A Director’s Life is a story of artistic survival and reinvention, and about the fate of original cinematic ideas in an industry increasingly captive to corporate greed. Drawing upon exhaustive archival research and dozens of interviews, biographer IRA WELLS (pictured below) provides a soulful portrait of an idealist who had to fight for every frame of his legacy. Here are Norman’s legendary collaborators— Hal Ashby, William Rose, Steve McQueen, and more—brought to vivid life in original letters, telegrams, and revealing, unpublished interviews. A clear-eyed reassessment of Hollywood’s final golden age, Norman Jewison: A Director’s Life is both the intimate portrait of an artist and a rallying cry for anyone who has had to fight for their creative vision. 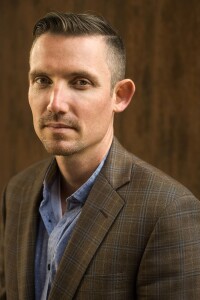 Author IRA WELLS is an assistant professor in English and Academic Programs at Victoria College in the University of Toronto. His writing has appeared in many publications, including The Guardian, The New Republic, The Walrus, Globe and Mail, Los Angeles Review of Books, and American Quarterly.  Advance reviews and kudos are pouring in for Ira’s book….

“Renowned filmmaker Norman Jewison is a contradiction in terms: one of the great purveyors of classical Hollywood storytelling and an outsider at the same time. Finally, with Ira Wells’s rewarding biography, Jewison receives the attention he richly deserves. Wells’ vibrant, well-written chronicle is one of those indispensable film books that illuminates the times and life of one of film’s major practitioners.” — Michael Barker, Co-President and Co-Founder, Sony Pictures Classics

“This is a terrific book and a fun read. Norman Jewison directed some of the most enjoyable films of our time. I thank Norman for his films and applaud Ira Wells for capturing both Norman’s legendary feistiness and his great generosity of spirit, both of which I experienced first-hand.” — Joe Eszterhas, writer of Basic Instinct, Showgirls, and Hollywood Animal

“Ira Wells, wonderful storyteller and master stylist, takes us to the movies, then behind the scenes, then beyond, bringing new life to films and stars we thought we knew.  This is a book you will never want to put down.” — David Yaffe, author of Reckless Daughter: A Portrait of Joni Mitchell 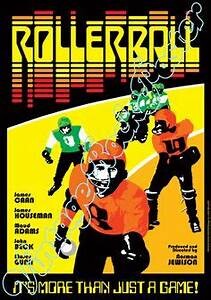