I’ve been aware of Toronto’s internationally acclaimed flautist and composer RON KORB and his music for many years, having attended one of his concerts back in the late 90’s – I remember being completely mesmerized by his flute playing; I never knew there were so many different types of flute or the vastly dissimilar sounds and tones each emits. 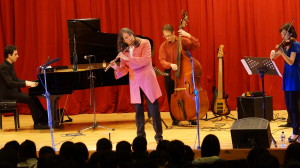 Famous for playing a wide variety indigenous woodwinds from around the world, Ron’s critically praised music has been released in twenty countries around the world, and he’s toured extensively throughout Europe, North and Central America, Australia, South Asia, mainland China and Japan, performing for many heads of state and royalty. His compositions evoke imagery of the diverse cultural traditions and experiences he’s encountered on his travels.

Several months ago, I reconnected with Ron during a taping of the Rogers Daytime Toronto tv show and we started chatting in the green room about the release of his upcoming new CD, Asia Beauty. On Tuesday July 7th, Ron will be performing at Musideum, 401 Richmond St West (at Spadina) accompanied by renowned pianist Lou Pomanti with Linlin Wang on the Chinese Erhu, as he introduces Asia Beauty to world, classical and new age music fans. Tickets are $20 and available on Ron’s website: http://ronkorb.com/asia-beauty-tickets 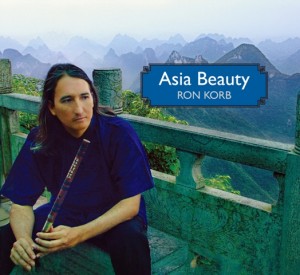 His past albums have run the gamut of Celtic themes, a salute to the European masters, Native American, Japanese, mystical and even a Christmas album, all original works using a multitude of wind instruments accompanied by indigenous and traditional musical instruments. I asked Ron about his latest album and he shared his inspirations and the story behind the new album:
This album is the result of my travels through China over the past 13 years.  The music is inspired by the dramatic landscapes, ancient history, the people and their stories, the arts and culture and their dynamic present-time where, in cities like Shanghai, entire communities are changing rapidly. More specifically, as you flip through the album booklet you can see the background inspiration for each song. All the pieces have a unique story that reflects something about Asian culture. 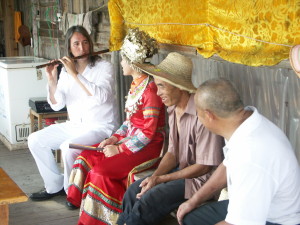 Asia Beauty also features a beautiful 36 page picture book containing full colour photos of both rural and urban China. I asked Ron about these gorgeous photos:
I am proud that there are no stock photos in the picture book. Most of the original photography is by my wife, Jade, with a few shots taken by myself and others, notably Dan Shao. The exotic locations in China include: Guilin, Yangshou, Suzhou, Shanghai, and the Forbidden City in Beijing. Other locations include Hanoi, Vietnam and the gorgeous bamboo forest at Xitou in Taiwan. 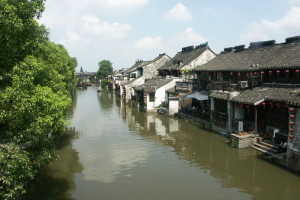 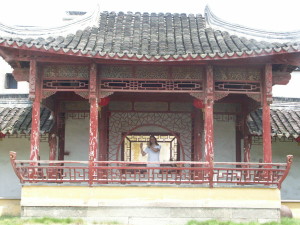 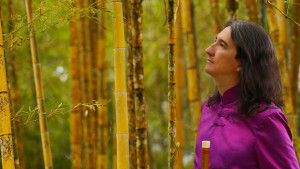 Ron continued by telling the story behind his original songs on the album:
Seven of the songs from Asia Beauty are the musical setting of an original story called “Dragon Flute and the House of the Five Beauties” which I wrote in my hotel in Shanghai (where Ron is pictured below) after a week-long rehearsal schedule and concert performance. I spent an extra week travelling around and each night I would add a few more pages. I was inspired to write a supernatural story set in ancient China based on historical legend and some of my own experiences. There was even interest in turning the story into a feature length animated film, however, I’m happy that it’s finally available in the liner notes of the album. 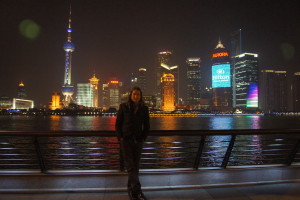 Originally I was going to call the whole album “The House of the Five Beauties” but as other songs included were not part of that story, I thought of calling the album simply “Asia”. I liked adding the word “Beauty” because the essence of the music is celebrating the beauty of Asian nature and also refers to “The Beautiful Sadness” aesthetic and the characters in “House of the Five Beauties”. 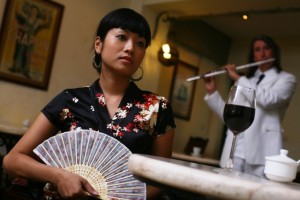 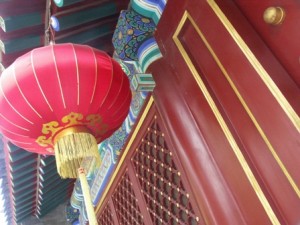 I noticed on his website that Ron has performed for many international heads of state and royalty over the years so I asked him how it feels to play in front of such prestigious audiences:
Aside from the diplomatic etiquette, the performing process is really the same. Music is about relating to each other as human beings. Personally, it is just as much a privilege to play for a King or Queen as it is for all audiences. 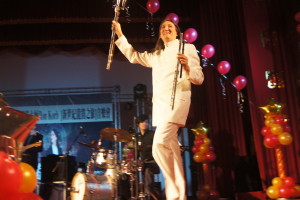 And I also asked him how Chinese audiences differ from Canadian audiences:
They come from a completely different perspective when it comes to appreciating the arts. I explain some of the cultural difference in the album with the song The Beautiful Sadness. I think the Chinese audiences are brutally honest and they won’t sit through something that they find boring. However, if your music touches them they will really show it enthusiastically. 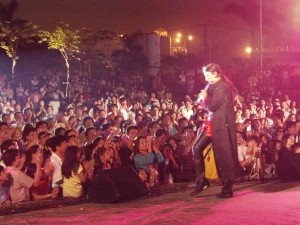 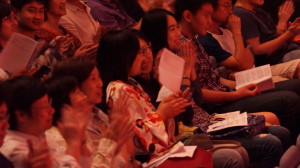 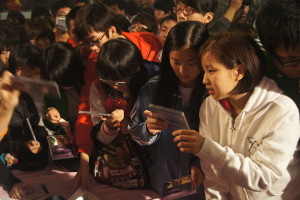 Which brought me to another question – does Ron see opportunities for other Canadian artists to explore the HUGE Chinese/South Asian music markets?
I think there are opportunities for Canadian artists but it is not as straightforward as expanding into the USA or Europe where we share a similar media culture and musical taste. I know some musicians who have tried to make it in China and been underwhelmed by the results and reaction from audiences.  There was one North American superstar who was performing there and after a few songs the audience began to leave en masse. There was another case where the audience was talking so loudly that the group stopped playing and lectured the audience on how to pay attention. 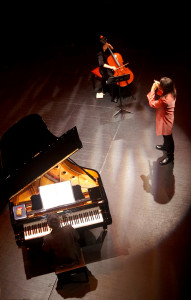 With such a level of expertise, knowledge and personal experience, I asked Ron how long he has studied and played the flute, and which instruments are his favourites:
I started on recorder in elementary school and began playing flute in high school. I like each type of flute for different reasons. The classical flute has good intonation and pure tone but the mechanical key system lacks some intimacy, similar to the difference between an automatic transmission and a standard car. With the wooden flute your fingers touch the wood and you feel every curve and bump of the instrument. I also love the wonderful organic tone of the Chinese bamboo flute or wooden Irish flute. 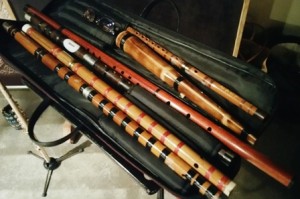 With all this training and years of touring, Ron must have advice he could share with music students and aspiring performers so he offered the following:
Seek out the best teachers and learn the craft as best you can. Attend as many concerts of as many different genres as possible. As you develop, discover who you are as a person and learn how to express that through the flute. Resist copying other artists’ styles and develop your own special voice.

I mentioned to Ron that his upcoming CD release concert is being held in a unique venue, Musideum (pictured below), where I believe he had previously played, even collaborating with the owner, Donald Quan on musical projects:
Yes, I‘ve played there before and I even played at Musideum’s inaugural opening concert. I have known Donald since I was 17 and in many ways, our love of World Music has developed simultaneously. Musideum was the realization of a dream that took many years to create and it has become a wonderful Aladdin’s cave of exotic instruments from around the world. It has personal significance to me and that is why it’s so appropriate to launch my Asia Beauty there.

So we’re just a week away from the official release of Asia Beauty and as space is limited, I encourage fans of World, Classical or New Age-style music in the Toronto area to get your tickets now! 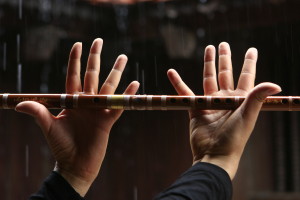 Thank you for supporting Canadian artists.