Back in the 80’s when I ran Yuk Yuk’s Komedy Kabaret and its talent agency, Funny Business, one of my favourite comedians was Kenny Robinson. Kenny always showed up and delivered a killer set and was one of the most reliable MC’s we had on the roster.  No matter how big or humble the gig was, whoever the audience was, Kenny would have ’em rolling in the aisles!  And a few years ago, I was privileged to watch as Kenny was presented with the “Phil Hartman Award” for his contribution to the Canadian comedy industry at the annual Canadian Comedy Awards in Ottawa. 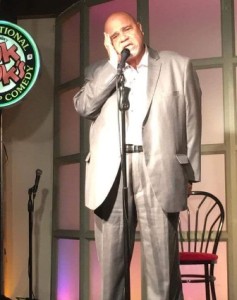 Next Saturday, Sept. 16th, Kenny is the host of a unique concert featuring 5 of Canada’s top rock tribute bands and I know that only Kenny can keep things rolling and on time for the 1st Annual Durham Rock Tribute Festival (details below).

His irreverent, socially conscience, intelligent, opinionated and profane style of comedy has made Kenny a fixture and favourite with comedy clubs, festivals, radio, and television audiences for 3 decades.  Raunchy, energetic, sharp-witted, and sharp dressed, Robinson is a one of a kind act. Not for the weak of heart or narrow minded, Kenny assaults your sensibilities and funny bone with unspoken truths.  His episode of the CBC’s Comics has been referred by the Toronto Star as “One of the few episodes that still stand with the test of time” and many Canada’s brightest young comics have claimed Kenny as a mentor and influence. 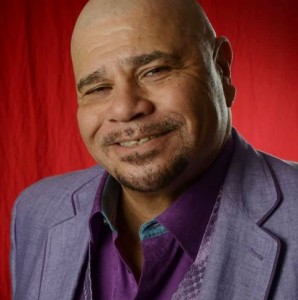 I asked Kenny a few quick questions for this blog and he obliged with the following….

You’ve hosted a lot of music and comedy concerts over the years – do you remember the first one you MC’d and/or the show your hosted with the biggest stars?  My first gig opening for a band was with Tommy Tutone…(867-5309…Jenny Jenny) at the El Mocambo. Later I would host for Jim Carrey, Bo Diddley, and Peaches and Herb. 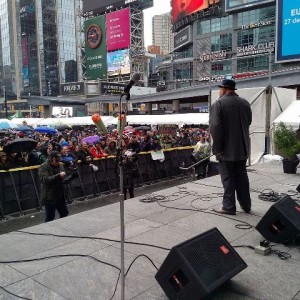 How important is the job of the MC when you have a lot of performers in the line-up?  As the host, my job is to keep the show moving…keep the crowd entertained and informed. On the 16th, I will have five bands and five hours of no holds barred rock and roll on such a tight schedule that VIA rail would envy!!

You’ve been the star of your own TV comedy specials and headlined many live shows in comedy clubs or concert halls: what do you prefer – TV or live?  I love TV and performing live.  TV exposes me to a larger audience and usually pays better…but live gigs give me the thrill and challenge of improvising or trying previously untested material – I’m like a jazz musician that way.

Do you have any musical preferences? With the 5 tribute bands performing on the show you’re hosting in Oshawa, do you have any favourite genres or are you a closet disco king?  I’m basically a blues junkie, so Bad to the Bone and The SRV Experience will be the highlights of the night for me…no disrespect to the Skynyrd boys, haa haa!

Where can your fans see you next?  Folks can catch me the last Sunday of each month hosting Kenny Robinson and his Nubian Show at the downtown Toronto Yuk Yuk’s, and for the 420 crowd, at the Green Leaf Vapour Lounge in Brampton where it’s not unusual for me to drop two long sets. 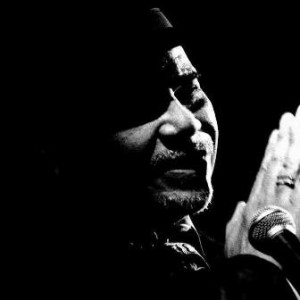 Kenny’s hosted The Gemini Awards and was twice nominated for his writing and performance in his ground breaking one hour special “Thick and Thin” on the CBC.  Kenny has earned accolades as the creator/writer/producer and host of the edgy late night series “After Hours with Kenny Robinson” on The Comedy Network.

As an actor Kenny has appeared in such films as “Third Miracle” with Ed Harris, “Down To Earth” with Chris Rock, Clement Virgo’s “Love Comes Down”, and David Sutherland’s “Love, Sex, and Eating the Bones.”  Robinson has appeared on the CBC’s “Royal Canadian Air Farce”, Showtime’s “Soul Food”, and has a wide fan base from his re-occurring roles as “Jelly Bean” on PAX series “Doc”, starring Billy Ray Cyrus, and as “Mickey” on the teen fave “Radio Free Roscoe” on the “Noggin” Network. 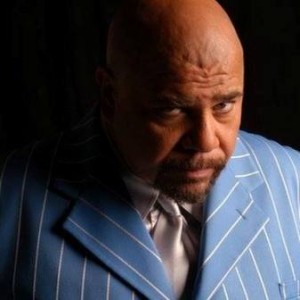 Come see/hear Kenny work his comedy magic as he rides shotgun on this incredible line-up of bands next Saturday night.