Last night, Nollywood filmmaker and superstar OMONI OBOLI presented her dark romantic comedy OKAFOR’S LAW at the Toronto Int’l Film Festival with a stunning red carpet event full of talent, glamour and sparkle! The packed house was vocal in their approval and enjoyment of the film – you haven’t been to the movies until you’ve shared a theatre with Nigerian film fans…they responded loudly to all the onscreen action with laughter, applause and gasps. The Toronto crowd loved the film, adored their actors and weren’t afraid to show it. As soon as Omoni stepped out of her car (below), a cheer went up from the line-up of eager fans who had been waiting hours to see their idols. 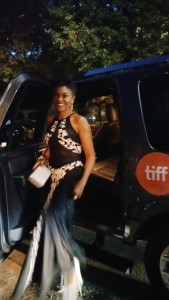 These adorable young fans (above) were first in line when I arrived earlier at the Isabel Bader Theatre and they were thrilled to bits when Omoni came over to say hi and take selfies with them.

Next to arrive was the stunning Ufuoma McDermott (above), looking extra sparkly in a long blue gown (scroll down to see how glam she looked on the red carpet). And then the big man himself arrived, Richard Mofe-Damijo or RMD as he’s known by his fans. 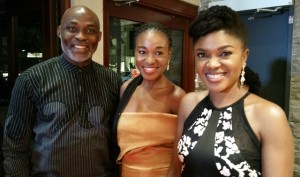 Above, Richard joins Omoni (right), along with another stunning Nollywood VIP guest on the red carpet. And below, Omoni walks the red carpet for her photo call with the world’s media, including several Toronto-based Nigerian and African media outlets. 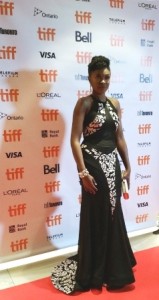 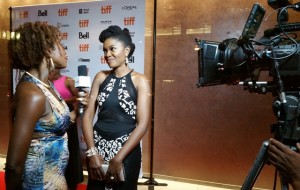 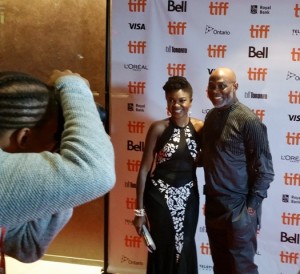 Below, Ufuoma proves that this “baby got back” showing off her fantastic physique! We’re thinking she would be ideal to portray Serena Williams in her bio-pic….hopefully  someone is writing the script now! 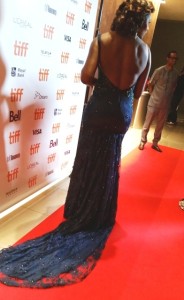 The red carpet got very crowded with Omoni’s cast & crew, and many of the Nollywood filmmakers and actors participating in TIFF’s “City to City” program showed up to support her film. 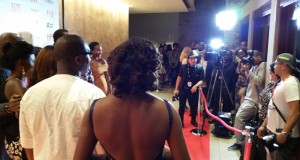 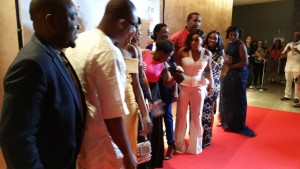 Prior to the screening, the always charming Cameron Bailey, TIFF’s Creative Director, introduced Omoni and her cast and crew to the stage (below)…. 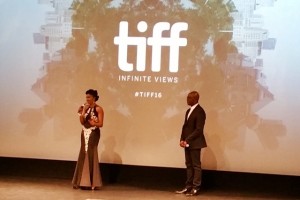 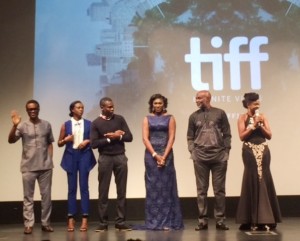 …then afterwards, everyone came out on stage to rousing applause and cheers, and for a fun Q&A with the audience (below) 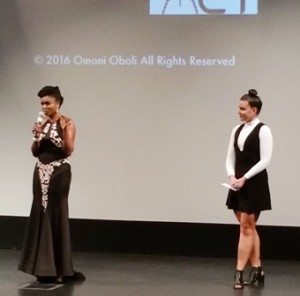 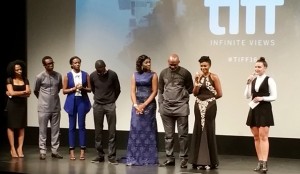 Then outside for lots more interviews and photo opps with the fans! 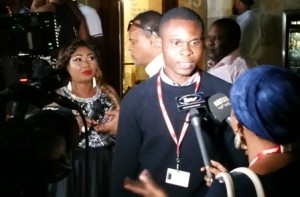 Above, brilliant cinematographer Yinka Edwards was grabbed for a few words with TV news cameras – Yinka has 3 films participating in TIFF…wow! And he is such a humble man…I’m sure he was a little embarrassed by all the applause and media kudos. Bravo, Yinka, well done.

Omoni joined the throngs of fans outside for more selfies and socializing, meeting up with old friends and even a few relatives… 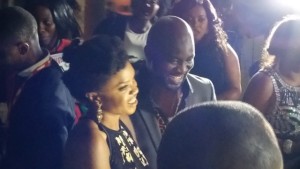 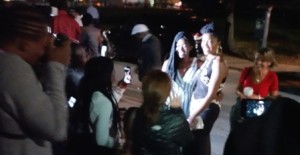 Here are a few more fun pics from last night, including Patricia Bebia Mawa of AfroGlobal TV/Silvertrust Media (below)… 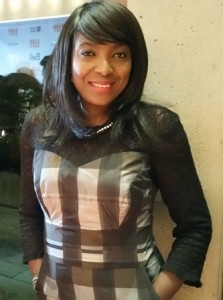 …and Vivianne Collins who hosted the official Red Carpet TV for Okafor’s Law – here I caught her setting up before all the stars arrived. 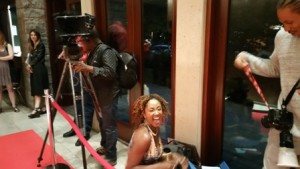 And of course…it’s all about the shoes, ladies, right?!  Check out this sparkly gold pair worn by Tomi Adeoye, production manager for the film.

So you have just 2 more opportunities to check out this fun movie during TIFF: Wednesday night Sept.14 at 8:45pm & Sunday Sept.18 at noon, both at the Scotiabank Theatre in downtown Toronto. All details & ticket sales can be found at www.tiff.net