I’m thrilled to announce that Australian vocalist/recording artist ALI HUGHES is bringing her inspiring celebration of the spirit, music and poetry of one of the greatest songwriters of the modern age to Toronto for a 1-night only performance:  LEONARD COHEN KOANS, presented by Jane Siberry, takes the stage at Hugh’s Room, 2261 Dundas St West, Toronto, on Sunday June 2nd (8:30pm)

This passionate, sensuous vocalist “more than embodies the energy that one expects from an evening celebrating Cohen”, her startling range and remarkable ability to hold the stage meeting this exceptionally well-crafted curation of Cohen’s poetry, prose and song – Avalanche, Chelsea Hotel #2, and the beloved Suzanne – to offer a stirring meditation on the legend and his legacy. 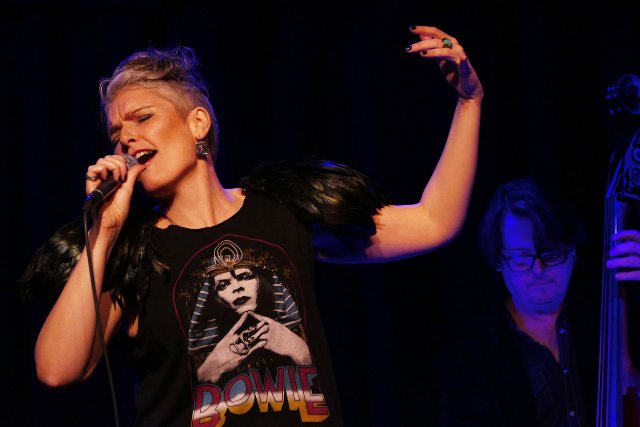 Part-concert and part-homage, these exciting and original interpretations explore Cohen’s music through jazz, gospel and rock genres, cracking wide open the incredible musicality in his work. Intertwined with excerpts of poetry and prose, and delivered through the lens of his Zen Buddhist spirituality LEONARD COHEN KOANS weaves a new pathway into your experience of this glorious Poet of the Holy Sinners. Accompanied by masterful Toronto pianist ADREAN FARRUGIA, this electrifying, vigorous 90min narrative concert is Cohen like you’ve never heard before. Inspiring, passionate, intimate and sincere, Leonard Cohen Koans gives you another chance to savour the creative spirit with which he so exquisitely courted the world.

I recently spoke with Ali back home in Sydney, Australia, about the show and her career highlights as she prepares her 4-track EP featuring songs from the show (available for purchase on show night)…..

What is your musical background or training – were you a singer/performer during childhood or teens? I don’t have formal music training, as such – I learnt to sing via my parents’ record collection!  The Andrews Sisters taught me how to harmonize, Tina Turner taught me rhythm, Bette Midler taught me emotional range, Annie Lennox taught me vibrato control and Aretha taught me to sing out!! 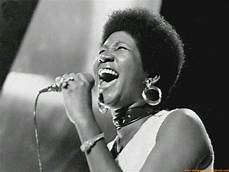 I went to drama school in my mid-20s and in my graduating year met my creative collaborator, Daryl Wallis – he is an incredible musician and artistic mind – when we started playing shows together, I was always surrounded by highly skilled, older musicians. That environment really allowed my intuitive musicality to develop.
You’ve performed in Canada before – when/where might we have seen you?  You might have seen me singing backing vocals on tour with Jane Siberry sometime over the last few years; or at Ori Dragan’s lovely 120Diner with my collaborator Daryl Wallis and Toronto locals John Alcorn, Bucky Berger and Terry Wilkins. Daryl and I also played an awesome house concert in The Annexe (hoping to do it again!!) and were super lucky to play in Northern Ontario on the magical Manitoulin Island. 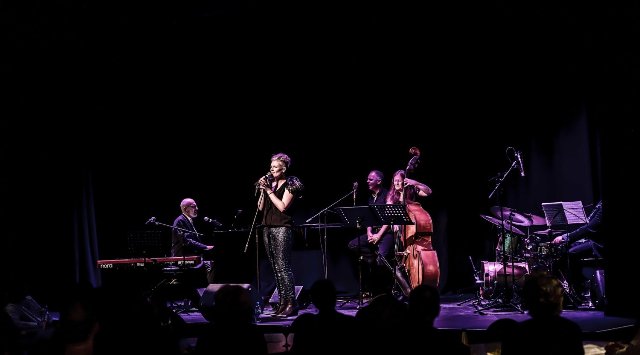 So why Leonard Cohen? What was the inspiration for this amazing project?  Actually, this show was built for a project-based unit of university study.  A theatre director friend of mine had suggested I do an interpretation of Suzanne. I sat on it for a long time… waiting for the way in.  In January 2010, I did a creative intensive as part of some further theatre training at university. It was a super intense, incredibly challenging course, held in a remote area, led by a small older woman who had the energy of a dragon and the presence of a Zen master. Every day pushed the students closer to breaking through our self imposed artistic limitations, and every evening ended in an exhilarated exhaustion and deep sleep. One night when I was super exhausted and almost asleep, I started hearing beautiful chords in my mind and realized they were the way into an arrangement of Suzanne! I made notes, called Daryl straight away and we started working on the arrangement as soon as I returned to Sydney. We played the arrangement at a show the following week and I knew something else was coming. 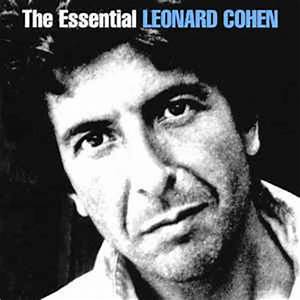 I had the opportunity to do another unit of study with that same teacher. I made the proposal to create a show using only the words and works of one artist (none of my own personal patter, so to speak) and started devouring Cohen’s work. Researching his Zen Buddhist spiritual practice offered an entirely new way for us to conceptualize celebrating his work. The result is a unique experience of Cohen’s work which is accessible to Cohen devotees and newcomers, practitioners and non-practitioners of meditation, and people who just want to hear some really great music.
You’ve sung back-up with some pretty amazing artists (k.d. lang, Suzanne Vega, Rufus Wainwright) so why step into the spotlight now? What was the push that propelled you to take charge up front?  Being up front isn’t really new to me, I’ve always sung lead on projects at the same time as doing backing vocals on others. I love doing both. I love blending with another voice as a backing vocalist. When you’re really connecting energetically and vocally with someone, you feel you’re moving together like a murmuration of starlings.  And leading a room is an altogether different feeling – but has a similar sensibility to it in that, for me, its about opening oneself in order for the music resonate with the audience in all the ways it needs to.
A previous musical collaborator and Canadian icon, Jane Siberry, is presenting your concert – how cool is that? Did she approach you or visa versa?  Ah, my gosh, it’s the coolest. Jane is extraordinary – she is a close friend and such a huge supporter of this show; she saw an opportunity for us to work together in Toronto and she made it happen. 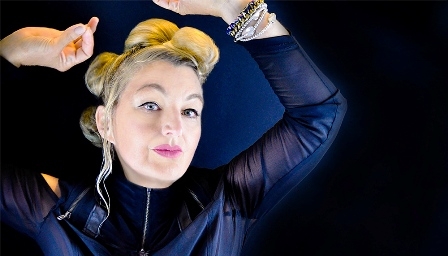 Of all Cohen’s songs, are there one or two that you can relate to on an emotional level or that inspire you intellectually?  One or two?? Ha! Ok, I’ll try to keep it at one or two. Suzanne – I have a deep resonance with that song. My favourite line, ‘you know that she’s half crazy – that’s why you want to be there’. and, of course, Dance Me to the End of Love – there’s nothing I can say.
What can Toronto audiences expect to see/hear at the Leonard Cohen Koans show?  Audiences can expect to see a tall Australian woman singing some beautifully and dynamically arranged interpretations of Cohen favourites, including Chelsea Hotel #2, Sisters of Mercy, Suzanne and Famous Blue Raincoat, and some less well known tunes like The Guests and The Butcher, interwoven with a little spoken word and some story telling.  Jane Siberry will be performing as our very special guest opening act, and will also be moderating an artist Q&A session with me at the end of the show so make sure you stay for that. 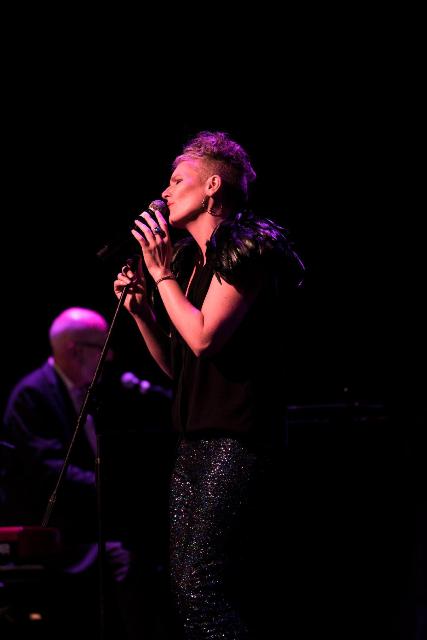 Anything you’d like to share with those Leonard Cohen fans considering buying a ticket?  I am so happy you’re thinking of joining us at Hugh’s Room, and I really hope you decide to come along. We are excited to be just moments from releasing a 4 track EP, titled ‘TEA & ORANGES’. It’s our first recording of tunes from the show – you can find information about the EP, Leonard Cohen Koans, and also about Daryl and myself at www.bigsbabs.com or by connecting with us via our Facebook band page, Ali & the Thieves.

Inspiring, passionate, intimate and sincere, LEONARD COHEN KOANS gives you another chance to savour the creative spirit with which he so exquisitely courted the world.

Get your tickets now for Sunday June 2nd from www.HughsRoomLive.com  $40 Advance/$45 at door 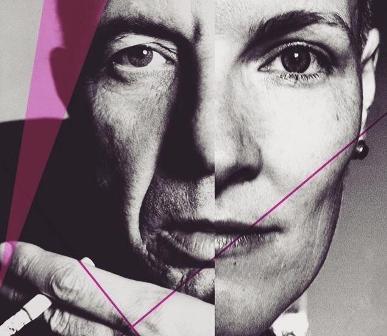