The stunning image by Erik Chong features the lyrics to the Canadian national anthem in all three official languages and Erik posed proudly in front of his painting, “Beautiful Day” (below) 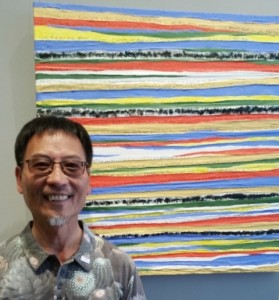 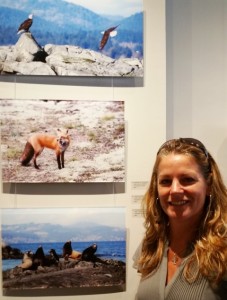 Kirk Sutherland created the frame around his “Terra Nova” painting from found architectural salvage featuring maple leaf designs. How clever is that? 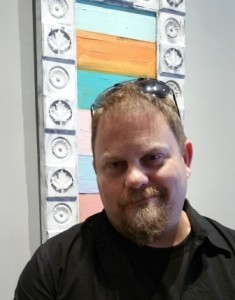 Caught this cool shot and realized afterwards that it was all about the stripes….LOL! 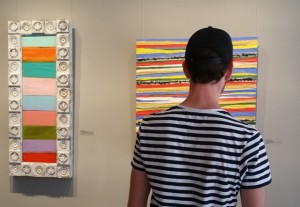 Pauline Langmaid (below) drove in all the way from Bracebridge to showcase her glorious abstract landscapes…or should I say “lake-scapes”? 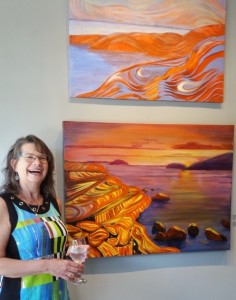 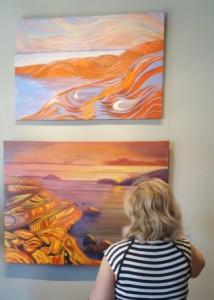 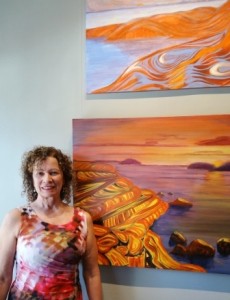 Another popular image was celebrity chef & photographer Lyndon Wiebe‘s photo of a windswept view of Port Hope (below). Lyndon brought out an extended print showing more of the scene – located to the west of the town where housing development meets grassland. 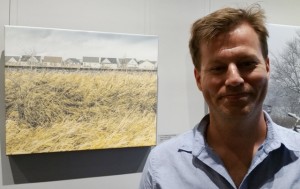 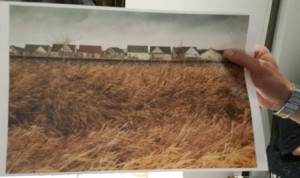 Film industry professional and accomplished photographic artist Karen Silver chose a chilly winter scene of a Toronto park and a lonely bicycle. Now that’s one seat I would not like to sit on…LOL!

Kris Bovenizer (below centre) talks with a guest about her two acrylic on canvas works…the sea-faring image on the left is now a label on bottles of a limited edition maple syrup bottled for a Canadian business leader (as Canada150 corporate gifts for his clients). How cool..and congrats to Kris. 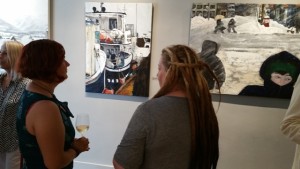 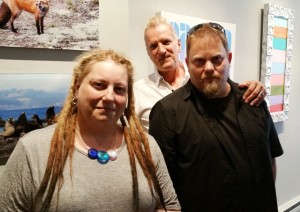 Manije Sabet Sarvestani (below) brought two oil-on-canvas works: “Canada Day in Quebec City” (on left) and “Thornhill Festival” (on right). The soft-spoken artist let her work do all the talking and these certainly announced her talent loudly! 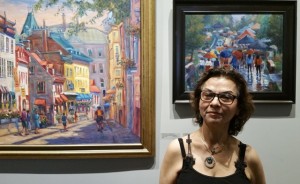 Kent Bridges was the first artist to score a “red dot” (a sale) for his “Life in a Northern Town”. Here he is (below left in red) with purchaser and fan David Currah of Toronto’s Fife House. Congrats to Kent who was all smiles as he celebrated the sale. 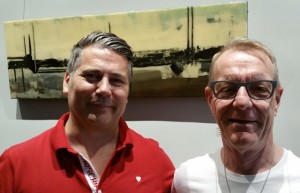 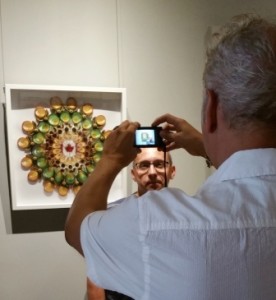 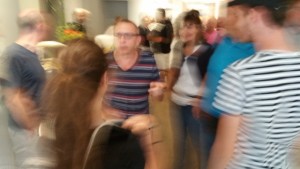 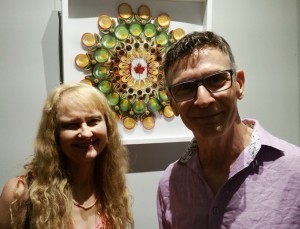 …while Linda Langerak snapped away with Kirk (below)

The delicious food was catered by Urban Source Catering and the platters were themselves works of art. 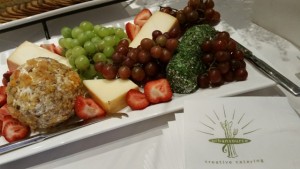 Colin Nun (below left) who recently had his own successful solo show at Urban Gallery, shares his thoughts on his work “Canada” with KJ Mullins (below R) editor of NEWZ4U.ca 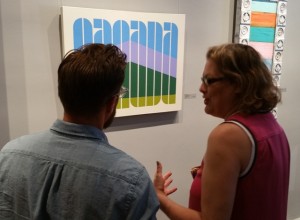 In fact, a lot of guests remarked on the uniqueness of Colin’s oil-on-canvas typographical and topographical view of the country. 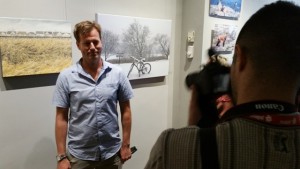 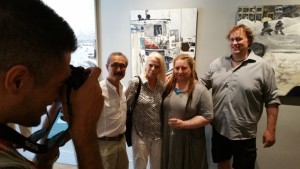 I managed to grab a quick pic of Joan Andal Romano with her “True North” mixed media on canvas. So many intricate details to view, it must have taken her many hours to create. 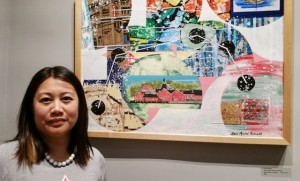 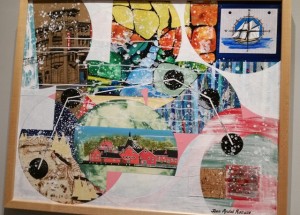 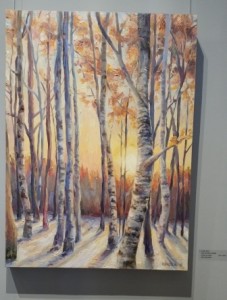 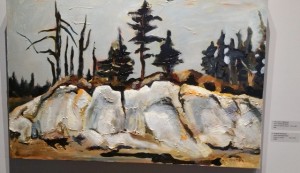 ..and Aisha Chiguichon was represented by this provocative acrylic on canvas titled “Stereotypes” 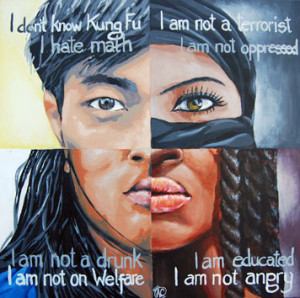 Victoria General attended but the shy artist preferred to let her work take centre stage and declined a photo. Victoria works in charcoal on paper – here are “We Need a Bit More Sand, I Think” (upper) and “I’ll Have to Call You Back” (lower). 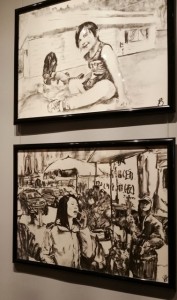 The reception drew many art lovers and more red dots should be appearing alongside these Canada150 artful tributes. I hope you get a chance to visit in person and support the talented artists at Urban Gallery. 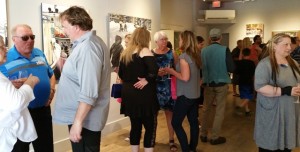 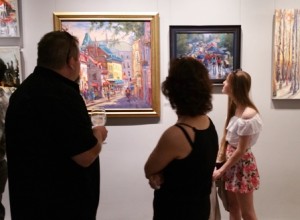 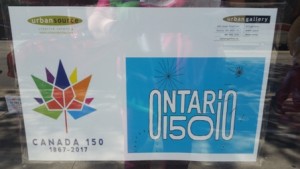 Urban Gallery is also available for rental if you wish to host your corporate or private party, reception or even a sit-down dinner with delicious food & refreshments courtesy of Urban Source Catering. Visit the website for details.