Back in October of 2013, I was thrilled to work with Canadian writer/director TRICIA LEE, promoting her horror feature film Silent Retreat which made its World Premiere at the Toronto After Dark Film Festival that year. The film did very well with both audiences and critics and since then, Lee has been on an upward career trajectory.

The accomplished and versatile filmmaker earned her US Green Card as an “artist of extraordinary ability” with Canadian and British citizenship, and has directed 11 shorts and 3 award-winning features since starting out in 2004. And she directed newly-minted superhero star Simu Liu in her 2017 short film Meeting Mommy.

Tricia has been recognized as one of Hollywood’s Top New Writers on the 2020 Black List, CAPE List, Young & Hungry List, Athena List, and the BitchList.  Her script pitch for Good Chance was an Academy Nicholl Fellowship semi-finalist, Francis Ford Coppola’s American Zoetrope Screenplay Competition grand prize winner, Cinequest Best Feature Screenplay winner, WeScreenplay Diverse Voices Features winner, Sundance Lab second-rounder and selected for the prestigious Producers Guild of America Power of Diversity Master Workshop. Attached are Leonardo DiCaprio’s Appian Way, Janet Yang (Joy Luck Club) as producers and Kheng Tan Hua (Crazy Rich Asians, Kung Fu Series) as lead actress – BRAVO, TRICIA!
Currently, Tricia’s script for her next feature titled IDOL is part of this year’s “Breaking Through the Lens” program at the Toronto International Film Festival that just opened on September 9th so I was excited to chat with Tricia about that and her other achievements since we worked together in 2013. 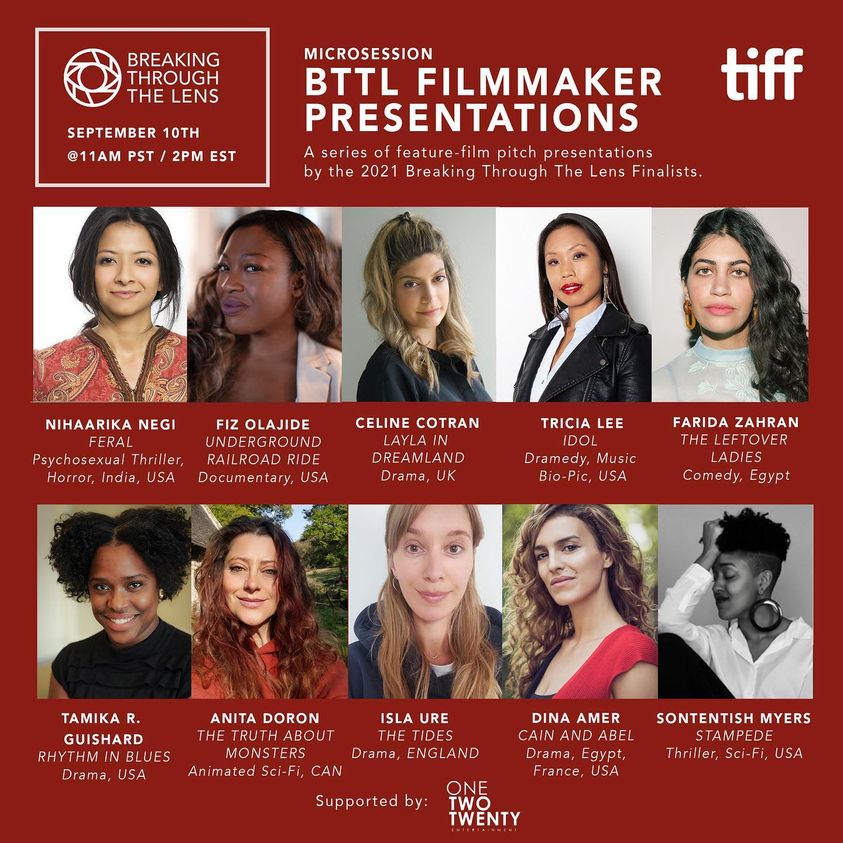 Tricia, you’ve worked consistently and successfully for more than a decade, creating some of the most innovative and exciting genre films – why is becoming a finalist in this year’s Breaking Through the Lens TIFF so important to you personally and for your career?   Looking back on my career, it’s amazing to see how far I’ve come, but also how far I still want to go.  In order to continue a long-lasting career, I have to keep innovating and creating new projects and telling new stories.  Breaking Through the Lens choosing my new project, IDOL, to be showcased during TIFF is this project’s first walk outside!  The opportunity to share the pitch with financiers and distributors is a great way to share this script with people who can potentially help make the film.  I want to take my career to the next level and I hope that we can bring this film to the screen and touch, move and inspire people.

For a number of years, you were one of only a few female directors working in the horror genre – what attracted you to horror stories and did you have a different perspective that your male counterparts?  What I love about genre, is that we can speak about deeper issues through metaphor.  With entertainment, I always want to hide the pill in peanut butter, as they say.  Is that how you get dogs to eat medicine? I thought peanut butter was bad for dogs, or maybe that’s chocolate… anyways…
I don’t know that my perspective was more female than my male counterparts.  My perspective is simply… my perspective.  It comes from the intersection of who I am, how I grew up, where I’m from, how my parents treated me, the significant others I’ve chosen, etc.  And also what I wanted to talk about at that time in my life.   My second feature Silent Retreat, which pre-dated the #MeToo movement, was about women being silenced.  I wanted to make a film about women standing up and using their voices.  And I collaborated with a male, Corey Brown, to make that film.  That film was a combination our creative perspectives.

You’ve spent a great deal of time undertaking “shadowing mentorships” from Jeff Woolnough on SyFy’s The Expanse, Erik Canuel, producing director on CBS’ Ransom, Peter DeLuise on Freeform’s Shadowhunters and most recently, the highly-regarded powerhouse – Nancy Meyers on the “Walmart Box” Oscars® commercial. How has this benefited you as a story-teller as well as working with actors?  This career is all about learning.  I think life is about learning.  I am so grateful for having been given the opportunities to watch these talented, experienced directors work.  Everyone has a different style and approach, and in my own directing, I get to take tidbits from each shadowing experience to create my own process. 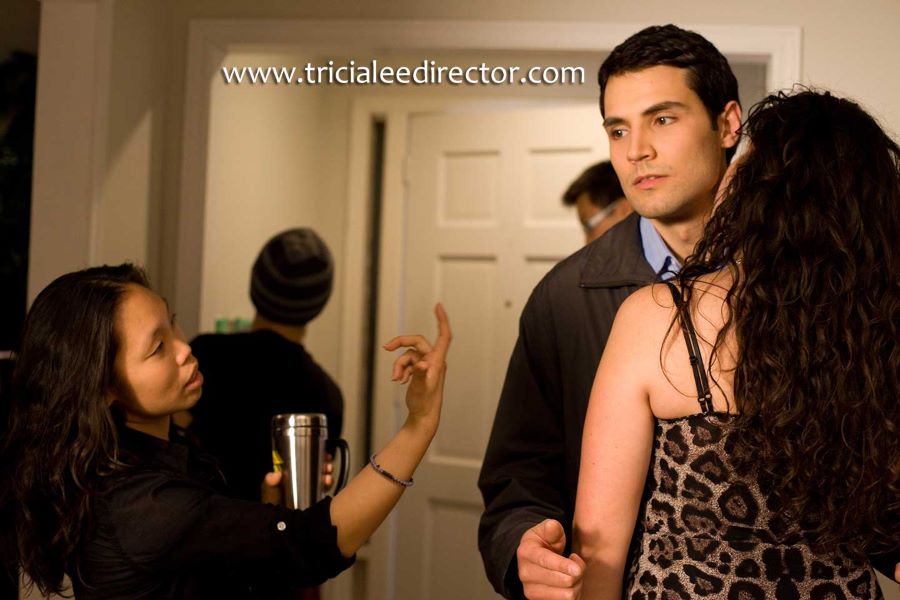 I’m a person who makes a lot of lists, so I literally write down my process and anytime I learn something new from one of my mentors, I add it to my list.  Being a director, I don’t get to practice my craft every day, so these lists help me remember what I’ve learned for when I do have the chance to get on set and work the directing muscle.  Also, I practice working with actors to implement what I’ve learned.  I work actors on their auditions, break down the beats, give them direction and help shape a performance.

You have also worked on more family-friendly projects like Meeting Mommy starring Simu Liu (Marvel’s latest superhero Shang-Chi) and have been developing diverse and inclusive projects – what are your immediate goals and/or future projects?  Layered, vulnerable dramas that are heart-warming and heart-breaking at the same time, with a sprinkle of comedy is where my natural intuition lies.  I only started writing about 4 years ago, when I moved to Los Angeles.  I asked myself, would I rather go through the pain of reading scripts or the pain of writing scripts.  And I just found that people weren’t writing the kinds of stories that I wanted to tell.  So I took on the pain of writing! And I’m glad, because it has been a way for me to explore my own voice I have been developing more stories that star Asian characters and have taken a deep look within myself to put my truth onto the page.  I want to make films that give a voice to under-represented communities, not because it’s the fad right now, but because it breaks my heart that someone can hate or commit violence against someone else just because they are different.  I will never run for president, so this is my way of reaching people, to touch, unite and inspire them and create powerful change in our culture.  I want to tell stories that resonate deeply with audiences and unforgettably pierce their hearts.
Immediate goals are to secure financing for my scripts IDOL, a music biopic about William Hung (from American Idol – see below) and GOOD CHANCE (starring Kheng Tan Hua from Crazy Rich Asians) which was on the 2020 Black List. 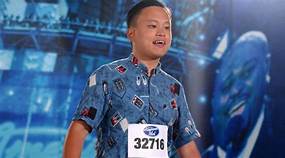 You and your husband Mark own a number of condos that you operate as AirBnBs, plus you’ve previously worked as a piano teacher and an experiential marketer….is there anything else you want to try, apart from making movies?  No. Film is my life.  I will not retire from this career.  All the other things I’ve done in my life were side gigs, which allowed me the freedom and time to make my films.  I took part-time flexible jobs so that I never had to ask for vacation or permission to make my films.  When I was on set, I would just tell them that I couldn’t work that month.  I have a crazy resume, but it has always been towards one goal: being a filmmaker.

Any advice you’d like to offer to aspiring filmmakers, especial women, and on the various career paths they can take to achieve success, life balance and happiness?  Honestly, I’m not great at life balance.  I definitely focus on career too much and am working on finding balance myself.  I find that the scripts and movies that I’ve made that resonate with people the most are the ones where I dig into myself and tell my truth.  I encourage all of you to take the time to sit with yourself.  Think about why is it you want to make this film, what do you want to say with it, how do you want the audience to feel when they walk out?  And make sure that every scene wraps around that nugget.  When you put something of yourself on the page, it shines through.  Those are the films that pierce people’s hearts and will help you take the next step in your career.  It can be slow and long, or it can be a quick rise to the top.  But never give up if telling stories through this medium is really what you want to do. 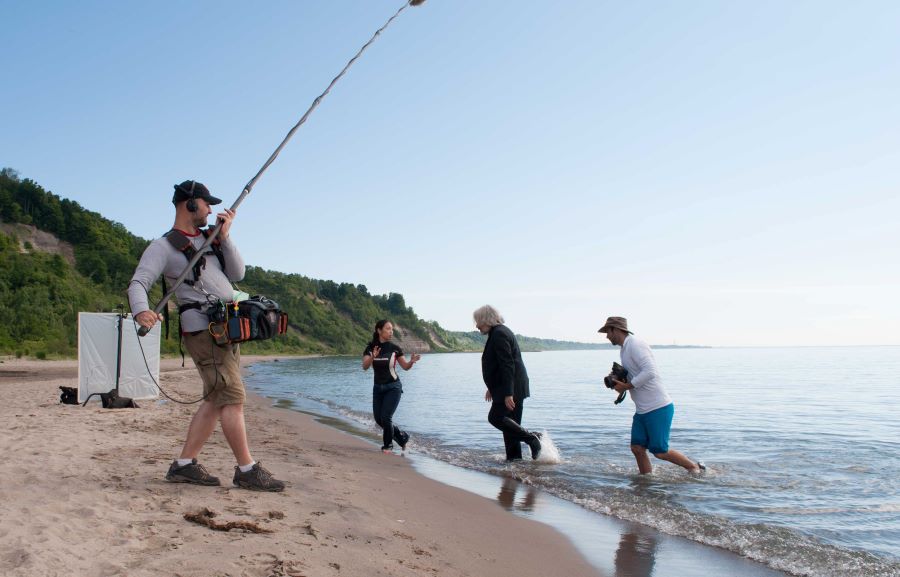 Thanks for sharing your insights and advice, Tricia, and I can’t wait to see how your script faired at TIFF this year. Looking forward to seeing Idol when it hits cinema screens and the festival circuit. You can all follow Tricia on all her social media platforms linked on her website: www.tricialeedirector.com