With three comedy albums currently available on iTunes – Mobius Stripper, The Best of the Worst of Carla Collins and Recovering Nudist, funny lady extraordinaire CARLA COLLINS has just unleashed…er, I meant released her latest album PandEPIC! available now on your favourite streaming platform. Here’s a teaser of the tracks: www.carlacollins.hearnow.com 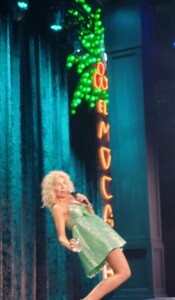 Recorded at the legendary El Mocambo nightclub in Toronto in between Covid lockdowns, this hilarious escape from reality delivered by our favorite emotional support cougar will have you laughing your ass off !

Carla’s reality show Carlawood is currently streaming on Amazon Prime, and she’ll soon be filming her first US comedy special produced by the legendary David Steinberg and Proven Entertainment once the industry opens back up post-pandemic. She recently launched her new podcast/web series Carla Collins Rox the Elmo where comedy, music and spirituality meet for the perfect three-way. Carla has also teamed up with bestie, entrepreneur and longtime vegan Michael Stuart Webb for a new podcast to complement their upcoming book called The Douchless Vegan: a Giddy Guide to Living a Delicious Life without Being a Dick. 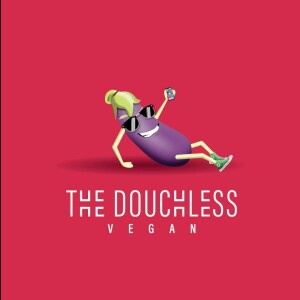 Carla is the creator of Chuckle and Chill: Comedic Meditation, a revolutionary new concept where after delivering thirty minutes of her stand-up comedy, she leads the audience through an authentic, original, relaxing guided meditation. An instant hit, her comedic meditation has already been featured on NBC’s California Live, CP24 News, SiriusXM Radio, CBC’s Metro Morning and in The Eden Magazine and LA’s Splash Magazine. 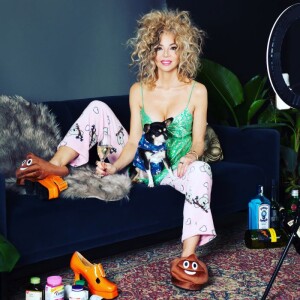 Carla is the bestselling author of Angels, Vampires and Douche Bags, a comedic motivational tome which I read in one sitting – it’s so damned funny! – and is currently writing a new self-help coffee book entitled Stairs: A 30 Day Step by Step Guide to being Fab AF. Her hilarious comedy can be heard around the world on various Sirius XM stations, Spotify, iHeartRadio, TIDAL and Pandora. You can also hear her melodic voice on several commercials and cartoons. So you see…Carla is the reigning queen of all comedy media! Below, Carla shares the stage with Canadian comedy legend, Kenny Robinson. 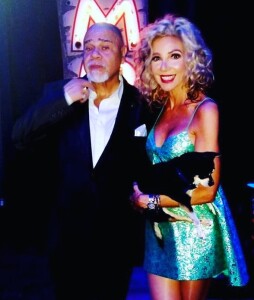 Having known her since the early 90s (when she was a mere child!), I’ve watched Carla rise from her first comedy appearances in Toronto, through her stints as a TV reporter on the Oscar red carpet in Hollywood, to producer/host of her own network tv & webtv shows, to best-selling author, meditation guide, to headlining star in leading comedy clubs in Canada and the US. She’s so multi-talented, she out-Oprahs Oprah!! 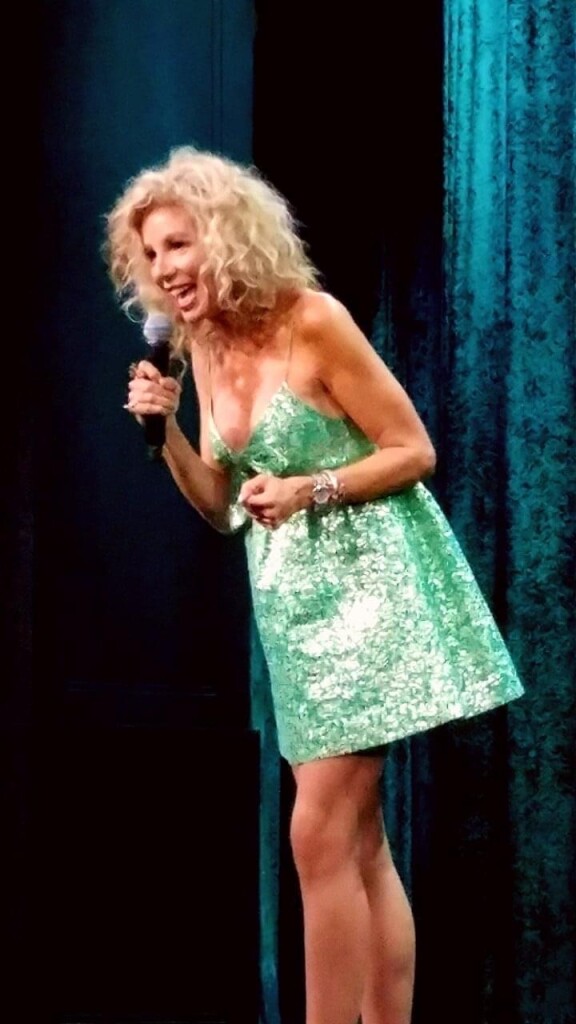 As we’re crossing fingers, toes, eyes for Covid restrictions to ease, why not enjoy a damn good laugh with Carla as she guides us through life, love and lust with a little squirt (yes, Carla, I told you I’d find a way to incorporate your fave word) of lascivious and licentious laughter via her brand new comedy album PandEPIC! now available via Amazon, Spotify, iTunes, Apple, Pandora, Deezer…etc.

If you wanna keep up with news of future  shows, books and live appearances, visit her website www.carlacollins.com and if you’d like to explore her wellness thru laughter program, visit: www.comedicmeditation.com   You go, girl! 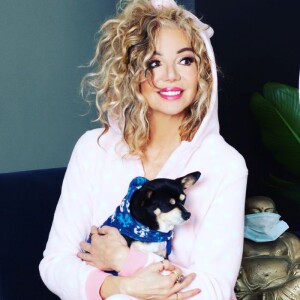