Having all this Covid lockdown time to explore online stories from home (Australia), I was thrilled when I came across a Facebook post announcing the launch of an exciting new book, Wild at Heart, by French-born Aliénor le Gouvello, who undertook an intense and challenging solo journey stretching an extraordinary 5,330kms from Healesville in Victoria (the s.e. corner of the country) up to Cooktown in the tropical far north of Queensland; she had three horses that were once wild brumbies (the Aussie equivalent of mustangs) as her only  companions. 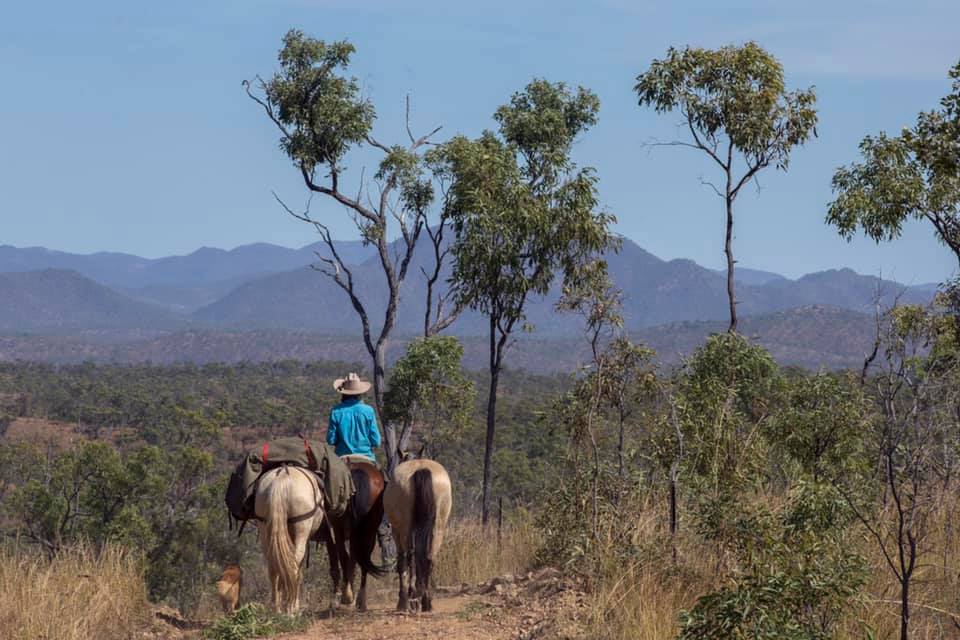 Throughout her grueling trek across some of Australia’s most spectacular terrain, Aliénor battled both isolation and the harsh elements, but she forged a close bond with her horses Roxanne, River & Cooper, as well as experiencing unexpected life-changing discoveries. Surrounded by wildlife that included deadly spiders, snakes and crocodiles, she also suffered tropical illnesses and injuries but pushed on to complete the ride and join an exclusive club of those few who have triumphed before her. Her sturdy bush horses all live with her now in peaceful  retirement on her cattle station in outback Queensland. 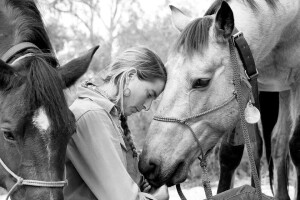 As a child, Aliénor dreamed of travelling and having adventures around the world. When she decided to take on the Bicentennial National Trail – Australia’s longest non-motorized, self-reliant trek – she had already completed a horseback trek in Mongolia as well as a sidecar motorbike expedition across Asia and Europe from Siberia to Paris. At the time of making the decision to mount up and trek the breadth of Australia, she was working in an aboriginal community near Uluru (the giant red monolith in the heart of the country) in the Australian Central Desert. She had recently fallen in love with Australia’s wild brumbies and hatched a plan for her most ambitious solo expedition to date; the adventure would also draw attention to the plight of Australia’s wild horses. The horses were originally brought in with the settlers, helping build the country and even taken with the troops to fight wars abroad; they are part of the country’s heritage and culture. Australia now has the largest population of wild horses in the world. They have adapted to all sorts of environments and can be found all across Australia. Their plight has been controversial in the media when the government has resorted to aerial culling as a mean to manage their population, a cruel method that leaves horses to bleed to death for days. Alienor’s trek was dedicated to bring a light on these very resilient horses and promote better management of them.  These tough equines were perfectly showcased in The Man From Snowy River movie from back in the 80s – if you get a chance, do watch it and witness some of the most exciting horse chases ever recorded on film. 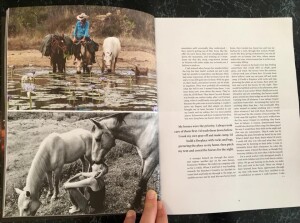 As Aliénor said in a recent ABC television news interview about her book, “It was the longest and most challenging trek I’ve done so far but also the most rewarding and amazing experience I have had with horses,” she said. “I pushed my limits further than I could have imagined, you discover strengths you didn’t even know you have.”  Wild at Heart tells of her physical and mental challenges of being a lone traveler and having to be so self-sufficient along with caring for her horses along the deserted track but the book contains some spectacular photographs, courtesy of world-renowned adventure photographer Cat Vinton.

Since her book launched last month, she’s been busy attending bookstore meet-n-greets (yes, Australia has mostly come out of Covid lockdown and gatherings are permitted) and giving numerous media interviews; in fact, Aliénor has become something of a “folk hero” and a champion of the brumbies. 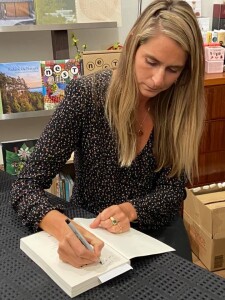 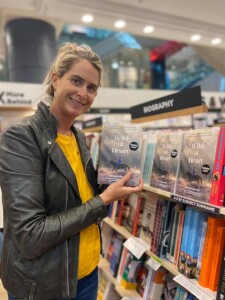 International sales of her book are available from the Book Depository website (yes, they ship around the world):  https://www.bookdepository.com/Wild-at-Heart-Alienor-le-Gouvello-Cat-Vinton/9781922419200
Watch for my article/review in the June issue of THE RIDER newspaper (www.therider.com) and you can follow Wild at Heart on on social media at:  www.facebook.com/wild.at.heart.australia 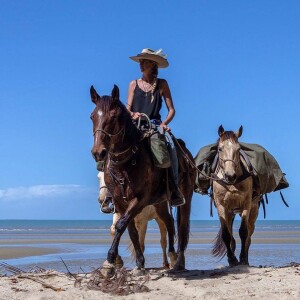