A few years ago, my recording client, Ron Korb, Canada’s Grammy-nominated flautist and composer, turned me onto the music of RICKY KEJ (pictured below), the prolific American-born Indian composer and recording artist, with whom Ron had collaborated on a number of recent tracks.

Not only was I blown away by the sublime beauty of Ricky’s music but also the exquisite music videos he produces, and his compassion and dedication to the environment. When I heard about Ricky’s latest album, DIVINE TIDES, a collaboration with the legendary drummer from super-group The Police, STEWART COPELAND, I knew I had to reach out personally and have a chat with Ricky.

First, who is Ricky Kej? He was born into a family of doctors in North Carolina, USA. After his family moved to Bangalore India, Ricky studied at the prestigious Bishop Cotton Boys’ School where his passion for music developed. He started playing keyboard and guitar for various rock bands in India but after high school, he chose to pursue his education in the field of dentistry to please his parents. Five years later in 2005, he graduated as a dental surgeon but ironically, he did not practice dentistry for even a day after he was awarded his degree. Ricky started producing jingles for television and radio, and in a span of four years he had produced over 1,000 jingles for various clients like Levi jeans, Air India, Blaupunkt, IBM, Toyota, Nike, etc.

Ricky released his first lounge album Communicative Art – Lounge from the Bay in 2003 to rave reviews, becoming a commercial success in the “lounge” category. Songs from this album have found their way into over 20 international compilations, and his second album Kamasutra Lounge released in 2007 featured Indian musical legends such as Pt. Shiv Kumar Sharma, Ulhas Bhapat, Pt. Hariprasad Chaurasia, Pt. Ajay Pohankar, etc. This, too, was a critical and commercial success, being released in the United States under the ‘Water Music Records’ label.  That same year, Ricky took on the project of composition for the film Accident where he directed the music for 6 songs and background score. Since then, he’s composed and scored for several shorts and documentaries and produced numerous music videos in both long and short form. He’s released 20 albums and has been featured in two dozen compilations. So let’s hear from the master himself about his life, his career and DIVINE TIDES…..

When/how young were you when you realized you loved music and had the gift to compose and play?  Ever since I remember, I have always been in love with music. Even as a child, my ears have always been more important than my eyes. While most of my classmates in school were fascinated by television and cartoons, I was hooked to my music system. I would dissect songs I heard to try and figure out the instruments used, the musicians playing those instruments, and I would learn about different cultures and people through music. I was also passionate about the environment. It was through my music that I fell in love with our natural world and I have always found a deep connection between music and nature. I have no idea why, but we had a baby grand piano at home, and a guitar. So I started off by trying to make music on those instruments. Much later as an adult, after I already embarked on a thriving professional musical career, I took a formal education in music to avoid what I perceived could be a handicap in future. 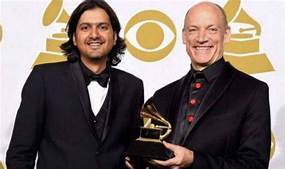 Who were your musical and spiritual inspirations when you started your career in entertainment and musical healing for the planet?  I have loved the styles of Pandit Ravi Shankar, Ustad Nusrat Fateh Ali Khan, and AR Rahman because they have never let genre boundaries define them. All that they did was make music that they strongly believed in and collaborated with some of the best musicians and individuals across the globe. The world was/is their musical canvas. After I won the Grammy Award in 2015, I decided to dedicate my life and music towards creating environmental consciousness through my art and there has been no looking back. Although my music is global, it is strongly rooted in India. I am a huge fan of various Indian art forms and I have always been inspired by ancient Sanskrit phrases and traditional Indian music. The ancient Indian texts were filled with musical verses and those verses spoke about co-existence and environmental consciousness. 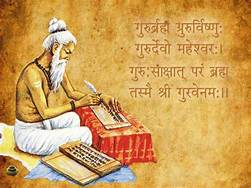 How has Covid impacted your ability to reach your fans – have you performed concerts or presentations online during the world’s lockdown?  I miss performing my music to a live audience. Live concerts allow me to connect and interact directly with my audience and to ensure that they leave my concerts with a renewed love for our planet and hope. It is always an amazing feeling to look at an audience and realise that I have succeeded in emotionally connecting with them through my music. The pandemic has hit the entertainment industry very hard. The music industry is extremely dynamic and different professionals in the industry rely on each other. Performing artists, production companies, event management companies, sound engineers, recording studios and everyone else involved is stuck in limbo at the moment especially here in India. I performed multiple virtual concerts over the course of this pandemic with my last three online concerts watched by an estimated 200 million viewers from around the world. It is all about adapting to the times and our surroundings, because no matter what pandemic hits us, music will never leave our lives.

This creative collaboration with Stewart Copeland has produced a unique series of recordings and videos, with an innovative release of single tracks and accompanying videos from now until September. How did you come up with this concept?  I had been working on a follow-up to my Grammy® winning album ‘Winds of Samsara’ and had catalogued some of my favourite ideas. Recordings were delayed because of my relentless touring schedule and when the pandemic hit, it presented an opportunity for me to spend time in my studio and kick-start this project again. I reached out to Stewart and was thrilled when he said yes to making this album with me. I have always relied on technology for all of my recordings and Stewart, too, is high on technology and has one of the most amazing home studios. That helped us record seamlessly during the pandemic. Stewart and I recorded our portions individually and it all came together superbly. Despite the pandemic, we are thrilled to have created an album that celebrates life and will create a wave of much-needed positivity in our audiences.

Stewart Copeland has always been my musical hero, and I have been a life-long fan. Working with him was like attending the best masterclass imaginable. Stewart is not just the Founder and drummer of one of the biggest-selling bands in history ‘The Police’, he also regularly composes for operas, orchestras, and for over 50 Hollywood movies including the Oscar-winning ‘Wall Street’. Despite reaching the pinnacle of success, he is constantly evolving and learning by exploring new sounds, traditional music instruments and rhythms. We constantly threw ideas at each other, adapted sounds and crafted this album together, piece by piece. All of the songs have strong Indian roots with a fusion of the west and the entire album celebrates the magnificence of our natural world and the resilience of our species.

“One day during the Apocalypse I got a call from Ricky Kej about making an album. He had assembled an amazing collection of exotic musicians, or perhaps I should say deeply traditional musicians, in the exotic context of his inspired production style. The flow of ideas soon became a torrent of recording and music. The spiritual ambience (not something that I’m generally known for) infused my aggressions upon inanimate objects with loving passion. The timpani were ringing! The crotales were singing! Making this record has been a unique adventure in both music and divine awareness.”  Stewart Copeland

“I had been working on a follow-up to the Grammy® winning album “Winds of Samsara” and had cataloged some of my favorite melodies. Recordings were delayed because of a relentless touring schedule, but then the 2020 pandemic hit. Strict lockdowns presented an opportunity to spend more time in the studio. In 2016 I was privileged and honored to collaborate on a song with Stewart Copeland. With the support of industry veterans Ralph Simon and Tarquin Gotch I mustered up the courage to ask him to collaborate with me yet again, this time on a complete album. What followed was one of the best and most fulfilling personal and musical experiences I could have ever asked for. Working with Stewart was like attending one of the best masterclasses imaginable. Stewart is not only a living legend, but an extremely humble human being, filled with positive energy, that pushed us to deliver our very best for “Divine Tides.” – Ricky Kej

Have you made plans for touring once the world is safe for musicians and audiences?  It is hard to make any concrete plans right now since the situation around the world is extremely unpredictable due to lockdowns, suspension of flights, border controls etc. and of course, with the virus constantly mutating. Touring is definitely on my mind but, I guess, for the next few months I am going to work on promoting Divine Tides and try and get as many people to listen to it. Since I have worked so hard on the music, poured my heart and soul into it, I feel I owe it to the music to ensure as many people around the world enjoy it.

Thank you so much for sharing your thoughts, Ricky. And if you would like to learn more about this amazing and much-respected World music artist, please visit his website at: www.rickykej.com 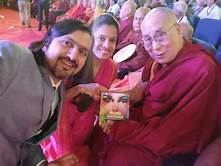 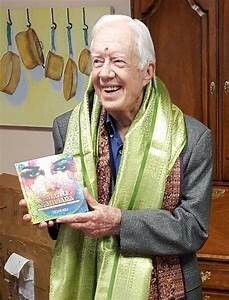 Divine Tides will have a unique launch format: every song will feature an accompanying music video, released from July 7th until September 28th, 2021, as both Ricky and Stewart feel that all of the tracks deserve their moment in the sun. The complete album will be made available on all audio streaming platforms as of July 21st. You can follow the release schedule on this dedicated website:  www.divinetidesmusic.com