Just in time for her upcoming concert at Hugh’s Room in Toronto, ALI HUGHES will be bringing her live recording of 4 songs from her highly successful 90 minute tribute concert LEONARD COHEN KOANS  with her so Toronto audiences will be able to enjoy her voice and arrangements of Cohen’s legendary ballads long after she returns home Down Under. I spoke with her last week and asked about the recordings….

You’ve just completed recording your new EP, TEA AND ORANGES, containing 4 tracks from your Leonard Cohen Koans project – tell us about the experience of working in-studio on your own project? It was wonderful – the musicians on the album have been playing this show with us for a long time. Bassist Michael Galeazzi has played with Daryl and me since the inception of the show, backing vocalist Gerard Carroll joined in 2011, and Michael Quigley (Quigs) started playing drums and percussion with us in 2016. There’s a kind of shorthand when you play with people for a long time and we recorded the entire EP in 5 hours! 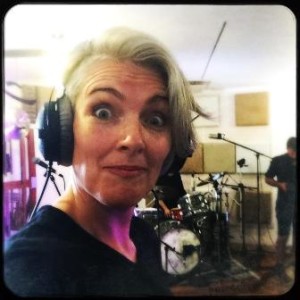 I wanted the recording to carry the vibe of our live show, and so we recorded live in one room together with Sean Carey at Church Street Studios in Camperdown, Sydney. That’s the way it used to be back in the day – big bands, everything….I LOVE that, and Sean helped make that happen. I hope you’ll come see & hear for yourselves at Hugh’s Room in Toronto on June 2nd 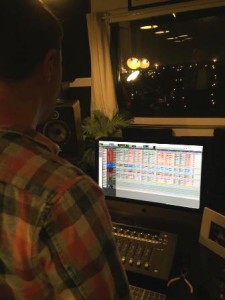 Our arrangements are quite dynamic which made for a few obstacles, but everyone was on their A-game. I had a quick listen with Sean in the booth after the recording session – he’d just given a quick general mix and I couldn’t believe how he made it work so beautifully. And I must give a huge shout out to Sean Carey and the team at Church Street Studios for their recent Emmy Award win – they won in the category of outstanding sound mixing on a preschool animation on Beat Bugs. 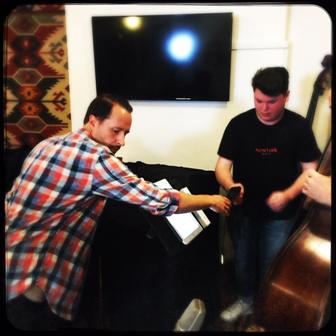 The musicians who recorded with you – have you worked with them before and what did they bring to the recording sessions?   Yes, we’ve played together for a long time; they’re all incredible musicians with many other beautiful projects. I love playing with them, and I’m so lucky they always say yes when I call :>)  Every time we play Leonard Cohen Koans we find a new depth, especially in Suzanne where we open out into quite a free rave in the second half. This recording was no different – the sensitivity and the boldness of these musicians is extraordinary.
Michael Galeazzi is a member of the ARIA* award winning Karma County and played on Indigenous Australian legend Jimmy Little’s ARIA award winning album, Messenger. He and Michael Quigley have a super long history together playing in APRA nominated jazz outfit Java Quartet and Quigs is involved with Australian/Japanese experimental project Enough to Escape; Gerard Carroll is a highly talented vocalist and actor with a long theatre credit list including on the Australian cast of Once directed by Tony Award winning director John Tiffany, as well as recording and touring with Keegan Joyce on Snow on Higher Ground; and the spectacular Daryl Wallis‘ vastly varied career includes playing piano for Barrie Kosky’s Women of Troy as well as being an integral player in CIRCA’s regional Australian piano based verbatim storytelling show, Reclaimed Pianos.
*Australian Recording Industry Association music awards 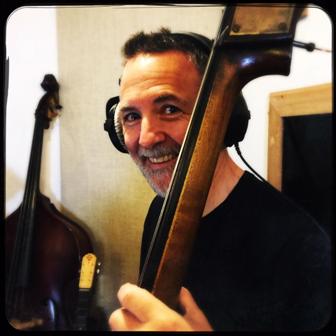 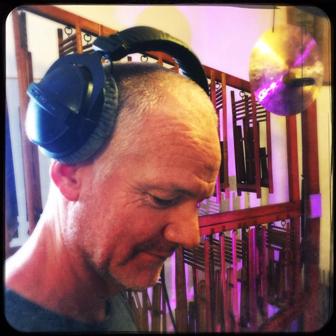 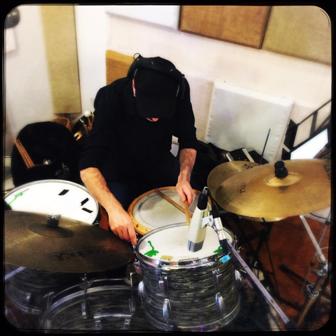 Did you have a personal hand in the production process or did you relinquish full control to your producer/engineer?   Daryl and I had a very strong vision for the recording, and Sean’s sensitivity and clarity helped to enhance it beyond what I thought was possible.

Why “Tea and Oranges” – where did that title come from?   The reference to ‘tea & oranges’ is from the first verse of SUZANNE – he’s observing and feeling at the same time, and his description of her feeding him tea & oranges is one of the divine in the ordinary….exquisite.

Will “Tea and Oranges” be available for sale at your Toronto performance, June 2nd?    Yes! CDs will be on sale for $15 and I’ll be around after the show to say hi and autograph copies. 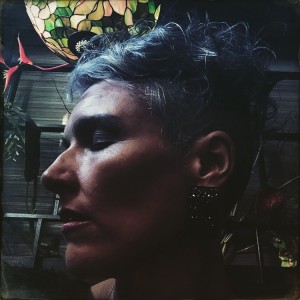 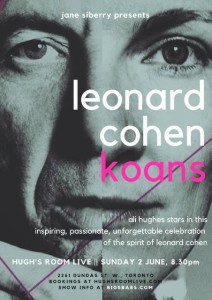