After Longreach in Queensland, we flew out to the red heart of the country – Uluru – how magnificent! As we drove from the remote, tiny airport, this is what we saw…

We checked into the one and only resort at Uluru, the Ayres Rock Resort, which was made up of several accommodation hubs – we stayed at the modestly priced Lost Camel Inn. 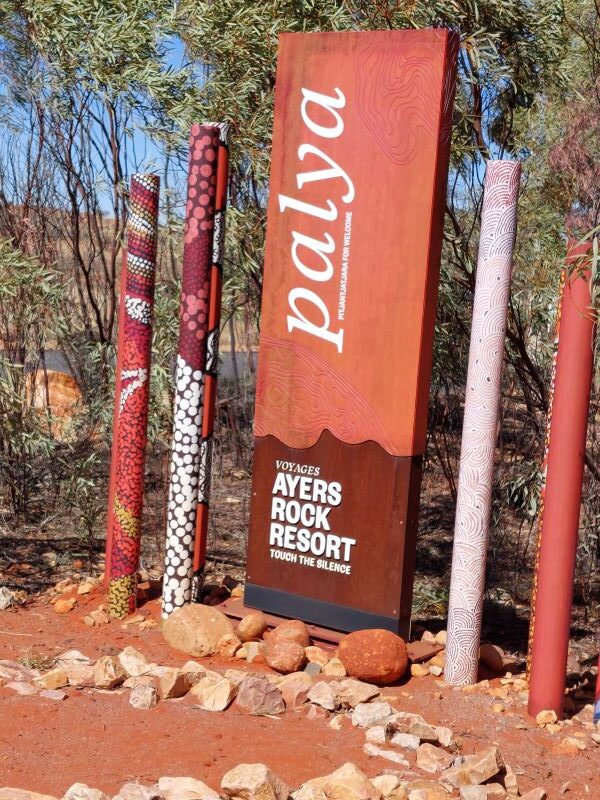 The resort covered several acres of hotel rooms, townhouses, fancy-schmancy suites, all with aboriginal décor and serviced by lots of touristy souvenir shops, galleries, a grocery store for the self-catering suites, and restaurants. There’s nowhere else to go so we were kinda trapped there. I did, though, buy a lovely hand-crafted red glass pendent from one of the local jewelers. 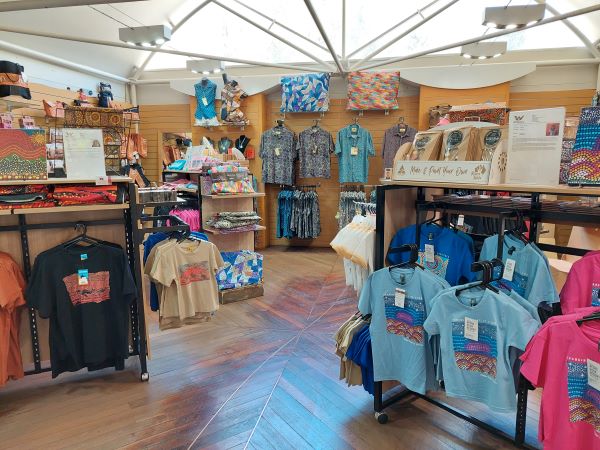 The region is pretty desolate, flat and bare, but the resort had lots of majestic gumtrees so we had lots of photo opps. with the leafy wildlife. 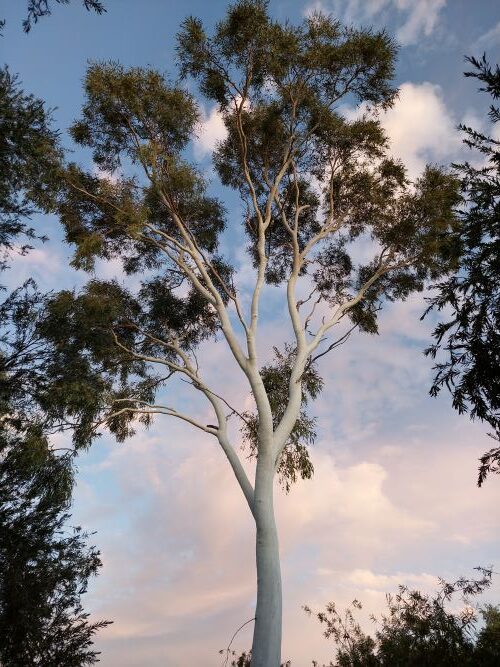 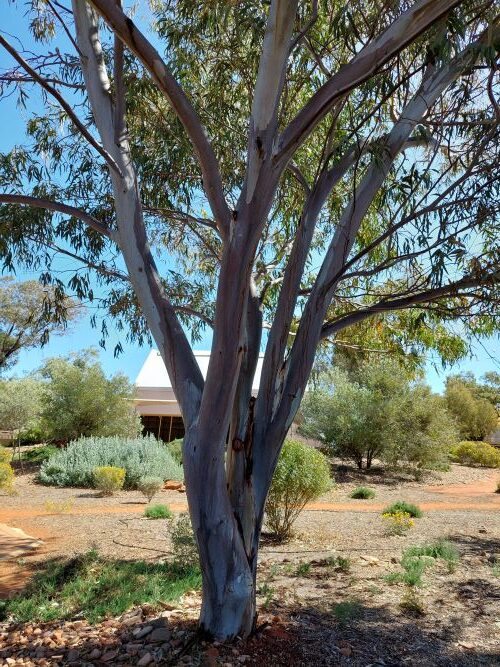 Our first morning at Uluru, I had arranged for a scenic helicopter flight around the big rock so I was filled with a mixture of excitement and fear…I am not a fan of ‘copters. But everything worked out fine. Apart from travel mate Suzi, there was a nice couple joining us in the chopper…needless to say I yelled “shotgun” and got the front seat alongside the pilot. Hee hee hee.  So I’ll let my photos and videos do the talking. 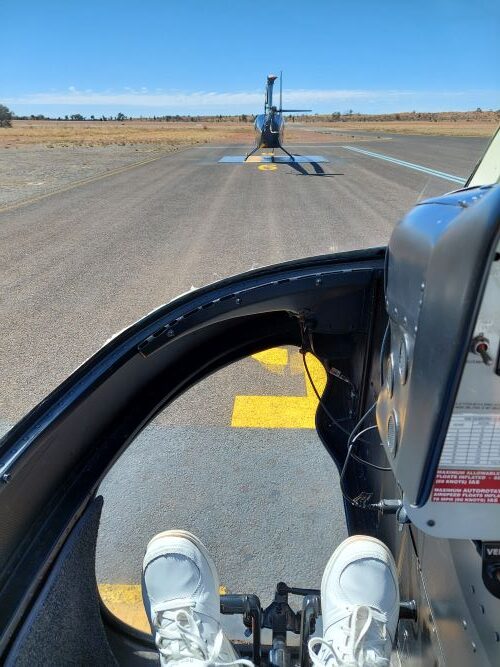 WOW…OMG…and several other expletives! Talk about breath-taking and a once-in-a-lifetime experience. Even flying back to Uluru’s airport was fun. Seeing the runway, planes and terminal building from above really brought home the fact that we were in the middle of nowhere!

The next day we headed out to Uluru by car to get a closer look from the Cultural Centre at the base of Uluru in the Uluru-Kata Tjuta National Park. It was so brutally hot for me (over 35 degrees c.) so while Suzi was on an up-close guided tour, I stayed in the air conditioned galleries and gift store/café. The gallery owners don’t like you taking photos of the indigenous works, however, having media credentials helps and Myles, the kind and very knowledgeable curator at Walkatjara Art Gallery, allowed me to snap a few shots (below). Unfortunately I wasn’t able take pics of the artists who preferred not to be photographed – there were several ladies on-site painting huge canvases and on big strips of tree bark – what a wonderful experience to be in their presence during such creativity. 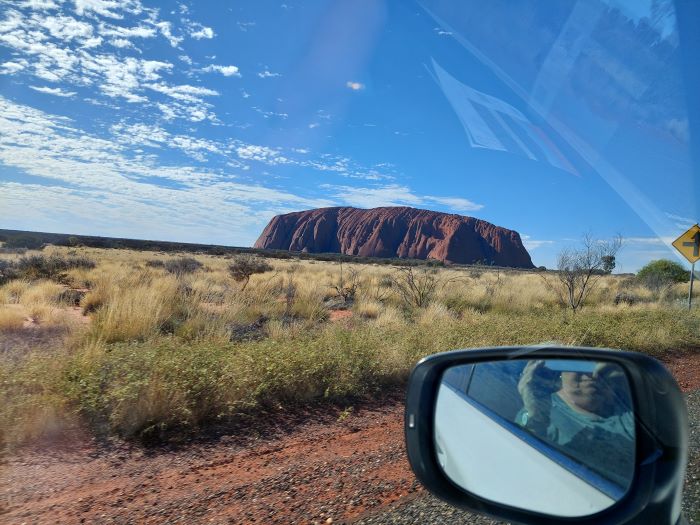 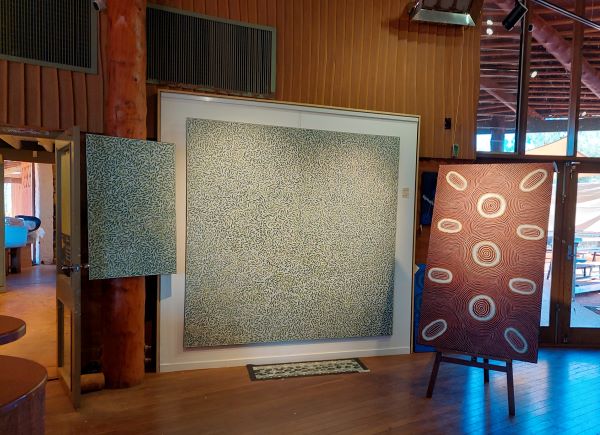 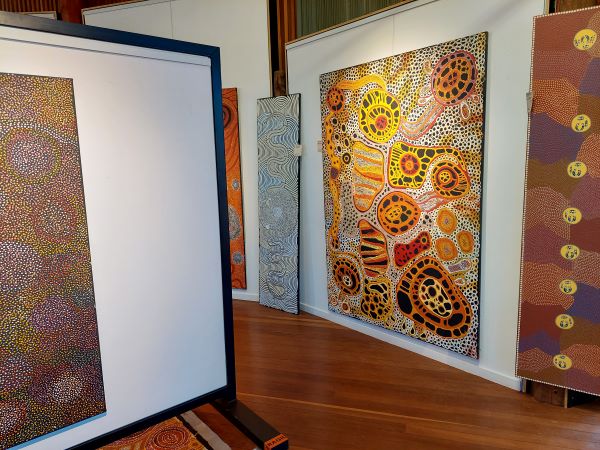 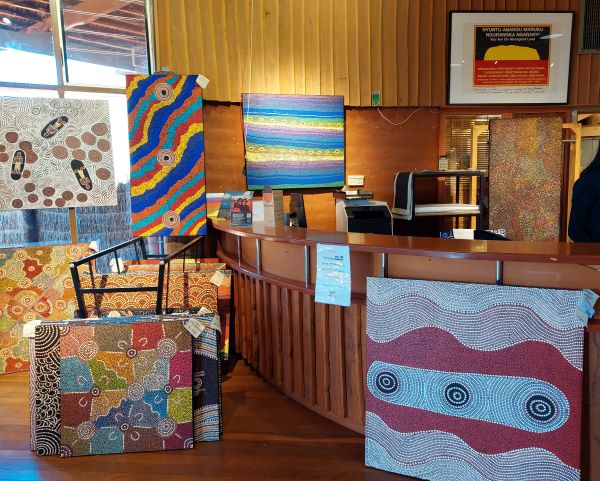 Suzi came back with these photos of her walk…wow. I wished I had the energy and staying power to have joined her but I think I chose well! 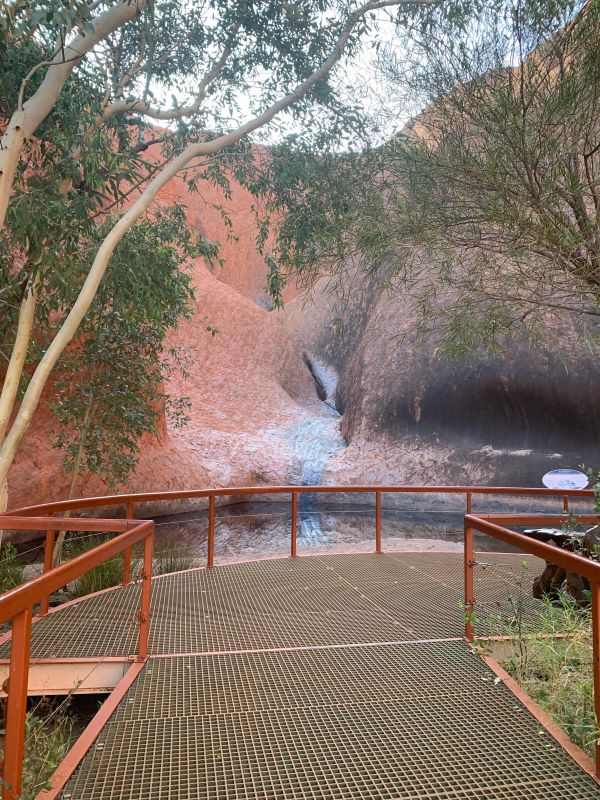 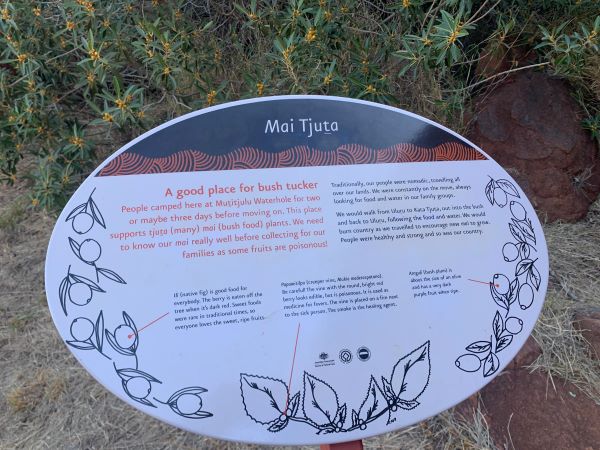 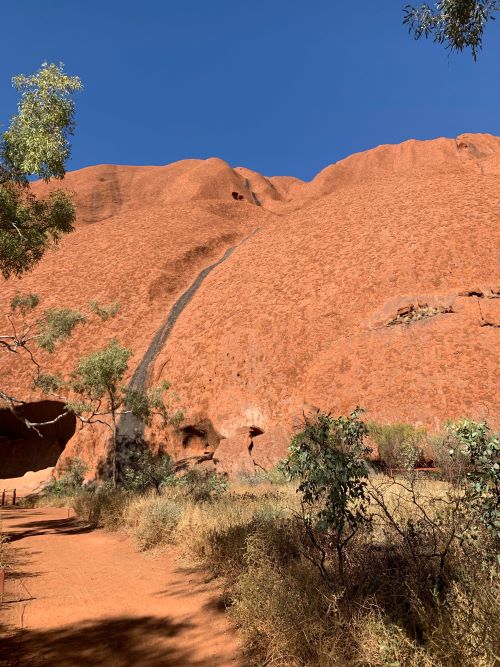 It was time to pack up and head straight north to Alice Springs – a legendary town and once the cross-roads for camel trains and now a major stop for the “Ghan”, a big train that carries passengers from South Australia up to Darwin in the far north. This time, Suzi and I would be driving – about 4 hours distance across desert and scrub land. Hopefully no flat tires! Along the way, we found 2 cool rest stops with flush toilets, meat pies and roadside attractions that included a herd of emus….Eduardo was about to meet his cousins! Stay tuned for the next blog. 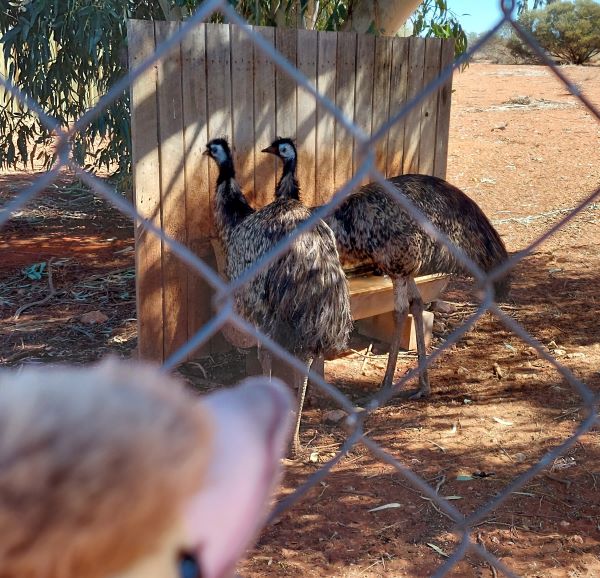