Having spent the late 70s performing with the comedy sketch group, The Flamingo Cabaret, then throughout the early-mid 80s running Yuk Yuk’s Komedy Kabaret as both business administration and as the agent for all the comedians (Funny Business), followed by several years running my own agency, Class Acts, where I was media rep. for comedy icons Billy Crystal, Jay Leno, Jimmy JJ Walker, Gilbert Gottfried and Dennis Miller, I definitely have an emotional connection to the CANADIAN COMEDY HALL OF FAME.  The Hall of Fame has been launched virtually by a group of showbiz and media veterans who, like me, know where all the bodies are buried…LOL…as well as understanding the need to recognize the great comedy artists who have paved the way for those now standing up and making us laugh throughout these dark Covid days.

I recently spoke with four of the Founders and asked about their inspiration for sharing their passion with Canadian comedy fans as well as audiences around the world. I started with the Acting Exec. Director of the Hall, TIM PROGOSH: 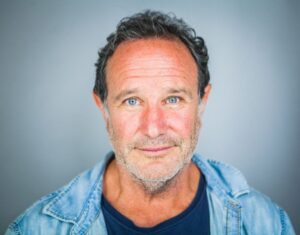 TIM: Congrats on the launch of the Canadian Comedy Hall of Fame. You have been a steady presence in the comedy world on tv, stage and theatre, and produced the Canadian Comedy Awards for many years. What inspired you to undertake such an initiative to formally celebrate Canada’s funniest people?   The short answer is simple – watching Ed Sullivan with my family and my Dad pointing out that Wayne and Shuster were Canadian.  I felt proud that these funny guys were almost regulars on such a prestigious show that presented The Beatles – WTF eh!? They were so funny doing sketch comedy and I fell in love with the genre.  It is a genre at which Canada excels.  The long answer involves politics. I have an honours degree in Political Science.  I could never understand why our sense of being Canadian often morphs into just being anti-American.  Why can’t we celebrate our achievements proudly?  It just so happens that one thing we do very well is comedy.  From the very first political cartoons in the 1860’s through the two world wars, the advent of silent movies and the rise of television, Canadians have always been leaders and recognized for those achievements around the world.  But do we celebrate that accomplishment? Do we teach that story?  Do we preserve the memory?  Somebody has to start and when my dad passed last summer, I wanted to make the dream we shared become a reality.

KENNY ROBINSON:  As one of Canada’s most renowned stand-up comedians, you’ve worked clubs, theatres, opened for bands, appeared on numerous tv shows and specials, even acted in films over the past 4 decades. How do you feel about being a part of this long-time-coming Hall of Fame (virtual for now)?   I’m thrilled to be a part of the establishment of the Canadian Comedy Hall of Fame. We often complain about the lack of a star system in Canadian showbiz…or how its necessary to flee our homeland to pursue our dreams. Every Canadian school kid can tell you about the super stars of comedy but what about those who remained or the talents behind the camera, the writers’ room and at CBC radio? 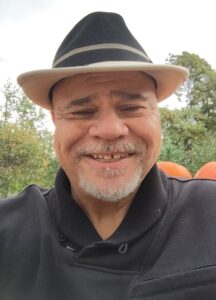 Canadians don’t beat our chests enough – we lack swagger – we even sing our national anthem with soft, coo’ing voices. We are a nation of corduroy pants-wearing mo’fos who think we’re dressed up.  My reputation in the comedy business is one of being outspoken and profane, the antithesis of the polite Canadian, and that’s what I feel will be my contribution to the Canadian Comedy Hall of Fame!  We NEED to BIG UP OUR OWN – STRUT IN OUR MUCLUKS. Because if we don’t sing our own praises, who will? Not our gun loving, no healthcare having neighbors to south.

JIM SLOTEK: As a journalist, you’ve covered the Just for Laughs Festival for the past 20 years as well as writing reviews and criticism for major comedy concerts. How has comedy itself changed since “the golden age” of Canadian comedy back in the 80s?  If you mean for comedians, there are far fewer big paydays now (a longshot even then). If you got seen by the right person at Just For Laughs, on the basis of one lucky set, you could end up with a holding deal or even a development deal from a U.S. network. A Canadian, Ivan Fecan, was an NBC VP with a keen interest in comedy. Lorne Michaels practically had a direct pipeline for Canadian comics. People like Mark McKinney and Bruce McCulloch got to sharpen their skills as SNL writers before Kids in the Hall hit its stride. 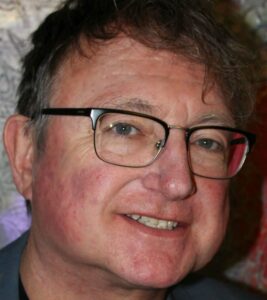 RICK WHARTON: You’ve spent decades in the comedy biz – as an actor, improv comedian, radio and TV personality, director, producer and now run the fabulous Festival Theatre up near Ottawa. Why do you think it’s important that Canada recognizes its comedy stars, past and present in a Hall of Fame?  Well, it’s time. No one had done it and you would think it would be an automatic. The wealth of talent is just mind-blowing. As well, there are so many people in the business that need to be recognized. Everyone knows the front runners like Jim Carrey, Mike Myers, John Candy…there are so many more people who are deserving for recognition of their work. 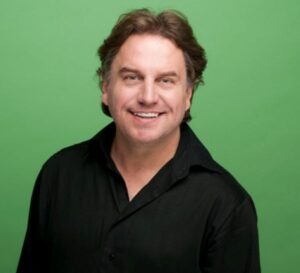 RICK:  Running such a prestigious venue as Festival Hall, you must have hosted many comedy shows there? Can you share some of the names and backstage antics…and do you anticipate hosting Hall of Fame special concerts?   Good question. Sometimes the show is backstage and the audience does not even know. Tim and I have talked about the Hall of Fame coming to the theatre. We ran a “Funniest Person in the Valley” contest for the Comedy Awards for a few years which was very successful. We had the finals at Festival Hall with Mike McDonald as the headliner. It was his first show back after his illness. It was hilarious and special. We have had a great amount of Canadian Comedy talent come to the theatre. Women Fully Clothed (Jayne Eastwood, Teresa Pavlineck, Robin Duke, Kathy Greenwood), Derek Edwards, Ron James, Glen Foster, Derek Seguin, Gerry Dee, Mary Walsh, Carla Collins, The Yes Men (Neill Crone and Kevin Frank), and Terry Hart guested with me on my Canadian Comic Witness Program. Always fun and craziness back stage – I would get in trouble if I shared, maybe sued! But I must admit, my own favourite comedy moment was opening for Gerry Dee doing one man improv and having that rush, hearing all the laughter and doing a killer set.

KENNY: How have these past (nearly)2 years of Covid restrictions affected comedians who have been prevented from performing to live, in-person audiences? Have you or others been performing online?  I guess I’ve been luckier than many the past two years – I had a western tour while my friends in Ontario were already in lockdown. Like many comics, I’ve done a hand full of Zoom shows which were a life save; it allowed me to socialize with fellow comics and show off my new material which I had to keep writing. What really has been my saving grace are the comedy workshops thru the “Windows to Opportunities” program that I’ve been running. Originally, the program was designed to expose black youth to the arts, but with the schools being closed, we have reached out to adults wanting to get into the business. At the end of May, we will present our second Zoom class performance. And it’s free.

JIM: Do you anticipate the Hall of Fame sharing news clippings and videos of our comedy heroes, past and present, as part of the attraction? If so, do you anticipate any difficulties with rights from broadcasters or are they on-board and understand the benefits of collaborating with the Hall?  Honestly, this is such a maple syrup level Canadian endeavor, I can’t envision rights owners being difficult. The good karma and good publicity are worth more than the few dollars they might be protecting.

TIM: Moving fwd, your current project is raising funds for development. Last year saw the launch of the virtual Hall of Fame and securing charitable status. For this year, 2022, what are your plans to fully develop the concept and planning of a bricks-and-mortar location? The plans were developed over the past 10 years to create something special.  Not just glass cases but an immersive experience, but I am getting ahead of myself.

Stage One is to create a yearly induction.  Make it real, so to speak.  Our nomination committee has created a great blueprint for integrity which is the backbone of any hall of fame. Now that we have the process defined, we are about to present the slate of nominees for voting.

Stage Two is the actual festival that will surround the inductions.  Something worthy of the inductees.  Shows, exhibits, galas, and parties.  If there is one thing that brings the comedy community together it’s the parties. Fortunately, I Executive Produced the Canadian Comedy Awards for 16 years as well as the television shows that were nominated for Best Variety Special at the old Gemini awards.  I have produced festivals in three provinces and 6 different cities. I sit on the board of Festivals and Events Ontario and have learned what works and what doesn’t and most important how to listen and be flexible.

As for bricks and mortar, we had a few attempts with commercially motivated developers that did not come to fruition.  The CCHoF was going to be a great addition to several developments: one in Toronto and one in Niagara Falls that did not get off the ground.  That is why I am so focused to just start the process to celebrate. To celebrate before we lose more great talent. Mike MacDonald was a good friend as was Roger Abbott.  They were a big part of the Comedy Awards, and they were fantastic advisors to me.  We are not getting any younger and the world is a crazy place.  It became a mission for me to get this going and set it up so it would continue.  When it comes to an actual location, we have a solid business plan and exciting creative developed over 10 years of research involving some of the best minds in museum build and touring shows.  We will start with a tour and a few exhibits while we secure funding to acquire the proper space in the proper location

For now – we have a virtual home.  The nominees will be announced this spring then voting. The induction festival is in development for later in the year.   We can all be proud and celebrate these fantastic Canadians, what they have done for our industry, paving the way for all who followed and perhaps more important, making us laugh.  The tricky part is allowing ourselves to be proud.  As Kenny Robinson said “Sometimes you just have to blow your horn when no one listens.”

Thanks Tim, Kenny, Jim and Rick – up to Feb 15th, you can become a Lifetime Member for the modest fee of $25 – that’s less than most cover charges at the club!!
Sign-up now and get in on the ground floor of the CANADIAN COMEDY HALL OF FAME.  https://canadiancomedyhall.com/ 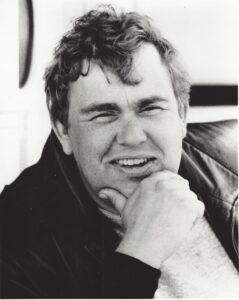 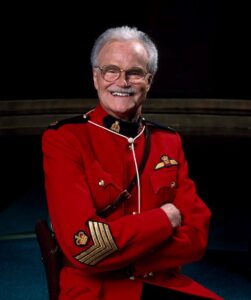 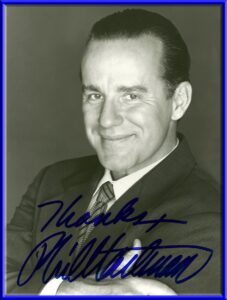