Suzi and I were sad to say goodbye to Broome…we’d had so much fun on our adventures with pearls, crocs and art. So along with Eduardo we flew down the coast of Western Australia to Perth, my home town where I grew up, went to school, got my first job and had my first kiss (thanks, Alan Mitchelmore).

My sister Jennifer picked us up (with lots of hugs and kisses) at the airport and drove us to the hotel/motel on the South Perth shore – 2 blocks away was the magnificent view of the city across the Swan River (pictured above). Our first sight-seeing trip was to Fremantle, the world-famous seaport for Perth where we had the most delicious lunch at Cicerello’s – when I was little, this was a small family seafood diner/shack on the fishermen’s jetty but now…OMG, it’s a huge dining and entertainment centre, out front of which there’s a big bronze statue of the late Bon Scott of AC/DC fame. Suzi was thrilled to touch the figure and take lots of pics…yes, she’s a huge fan. 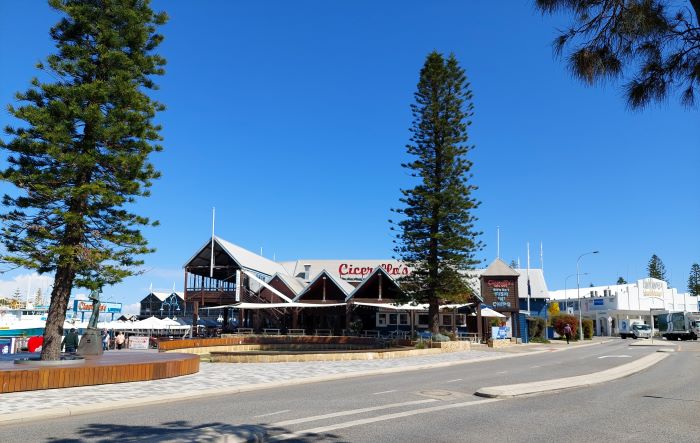 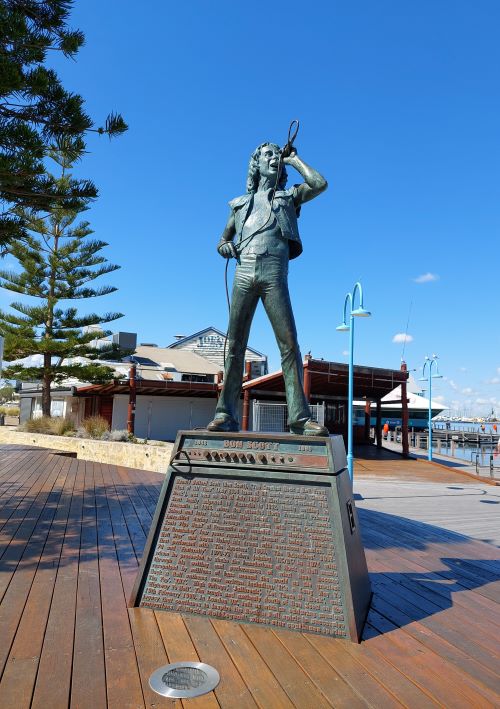 We took a walk around the city centre with its historical buildings, and just about every small side street had wine bars, cafes and boutiques. What a difference from my childhood days when Freo (as it’s known to locals) was a rough and tumble area that wasn’t too safe after dark. 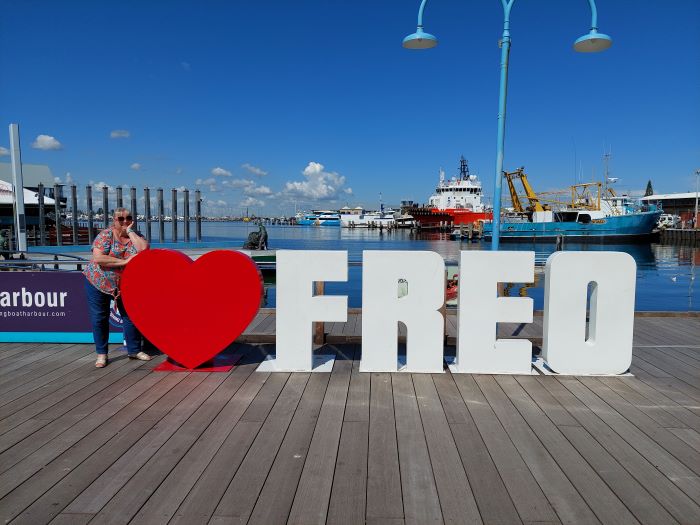 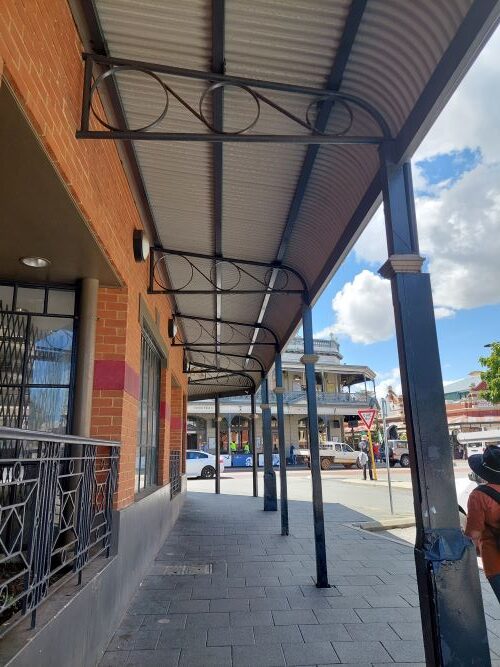 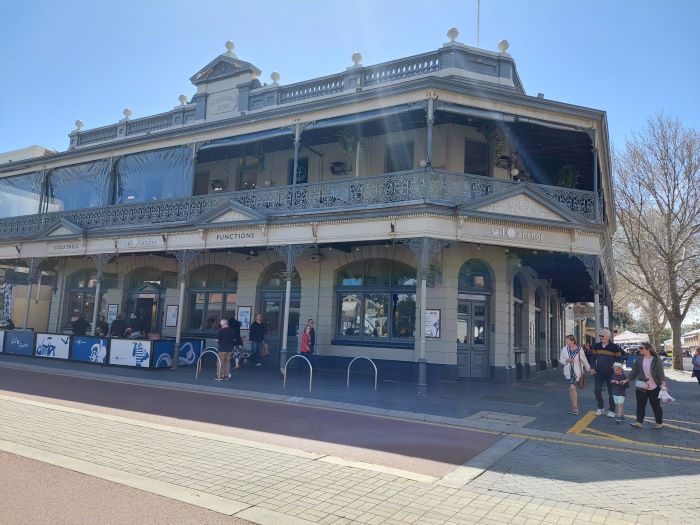 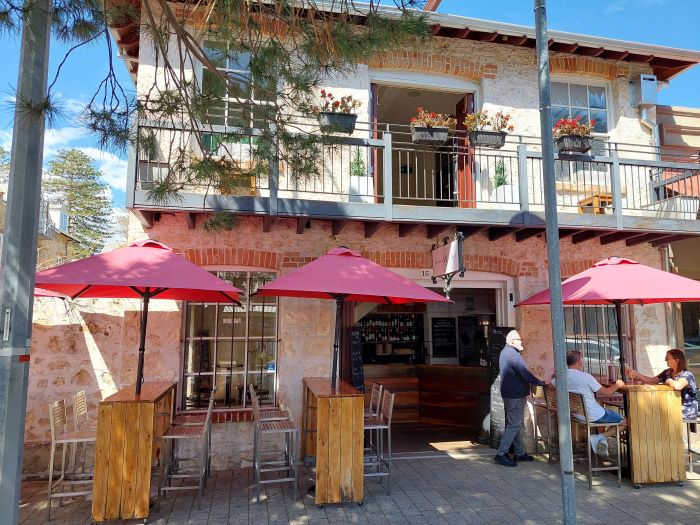 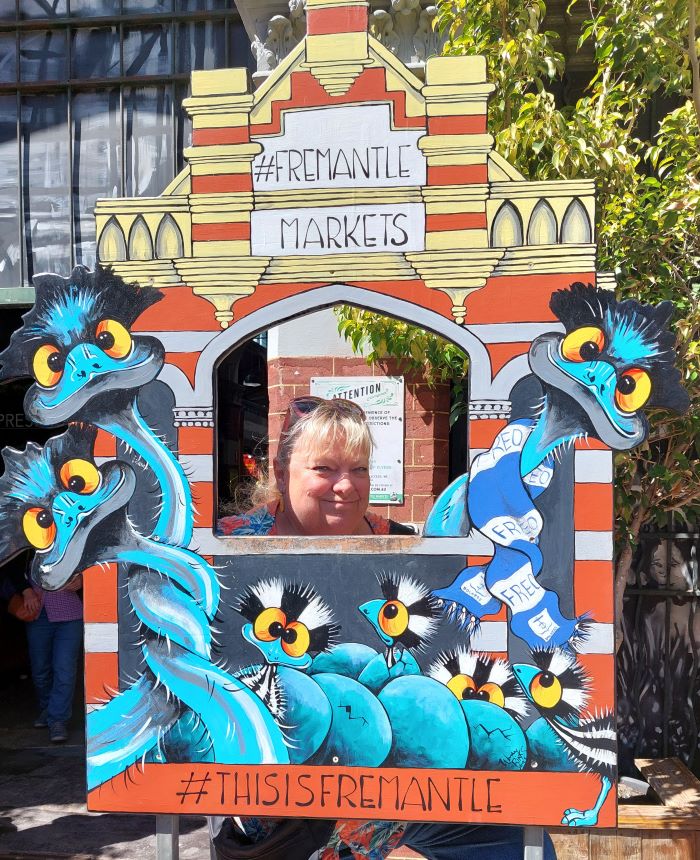 The Fremantle Market has been around since the 1800s and has become a must-see tourist attraction. It sells all sorts of touristy things as well as yummy foods like this awesome fudge. Being diabetic, I had to walk past…but not before taking photos of the deelish treats. 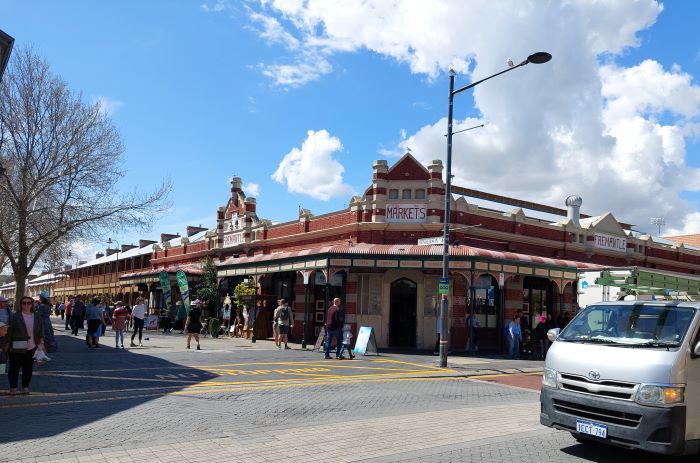 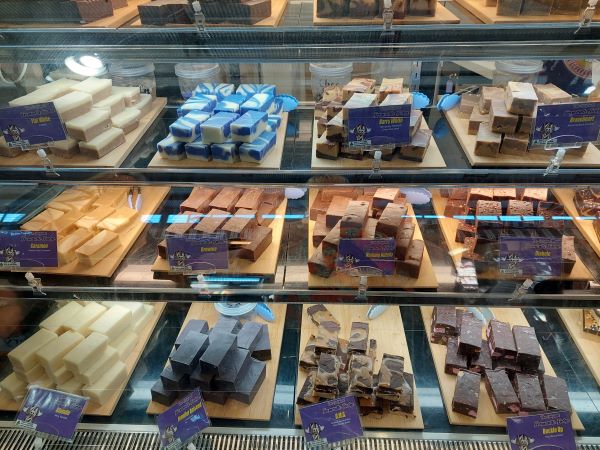 Jenny then drove us up the coast to visit my favourite beaches including Cottesloe where we stood overlooking the surf and even saw lots of container ships and other cargo vessels waiting to get into port. 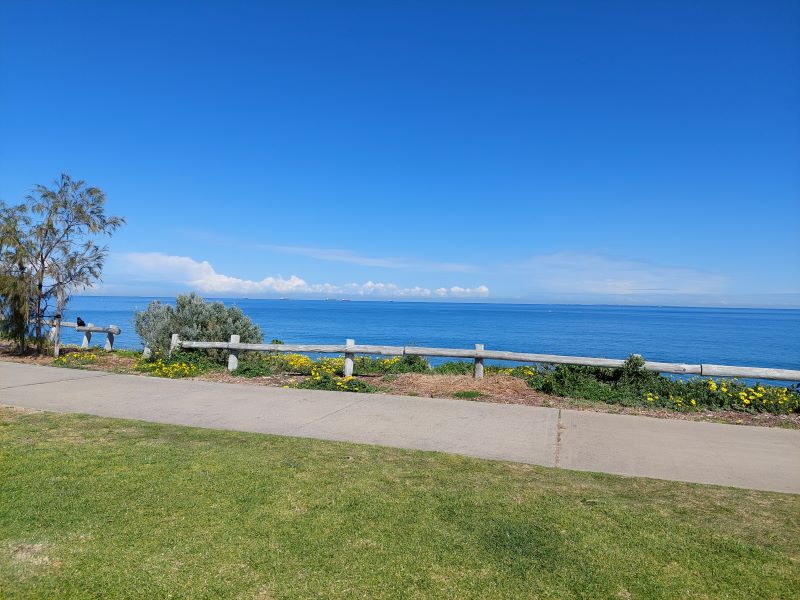 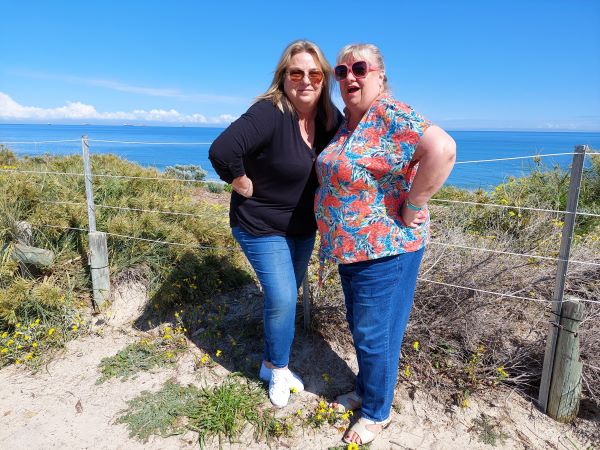 Along the way, we passed an iconic image – the Dingo Flour silo. Every true-blue Aussie knows this one!

Back to the hotel to relax before a wonderful dinner with the family. More adventures ahead including an emotional visit to the family home (below) up in the hills of Lesmurdie and a visit to the neighbouring town of Kalamunda where I went to school in the 60s. 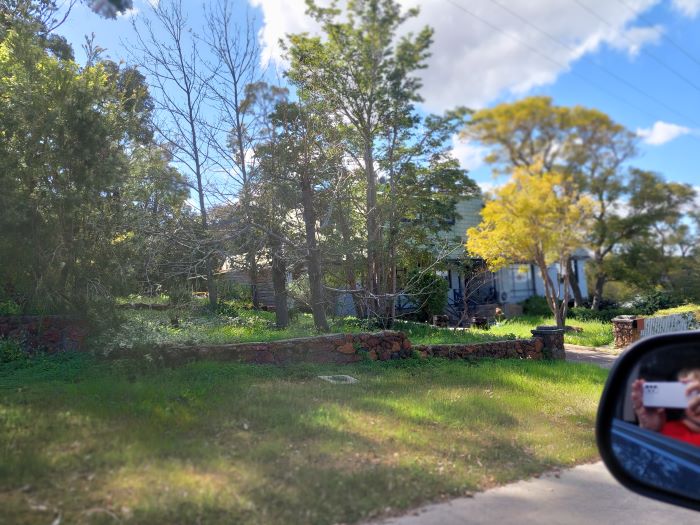