I always wanted to be a cowgirl, ever since I watched my first Roy Rogers tv show. And I love it when I get a chance to live out my fantasies…like when I pretended to be Annie Oakley as a 5yr old, getting my first pony, or my visit to Fort Worth, TX in the 90’s where I hung out with rodeo cowboys and the real Texas Rangers (below). 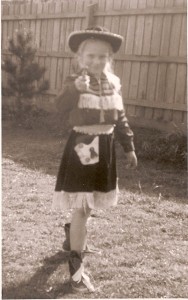 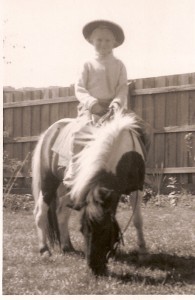 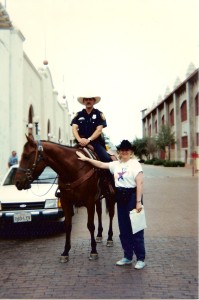 One of the joys of writing for The Rider, a Canadian equine newspaper is that I get to read books, listen to music and watch movies all about cowboys! Today I watched a brand new horsey documentary called UNBRANDED that was having its world premiere at the HotDocs Festival.   Talk about serious cowboy overload! 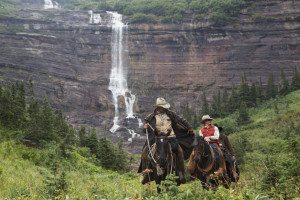 This gloriously shot film features four young Texas cowboys: Jonny Fitzsimons, Tom Glover, Ben Thamer, and Ben Masters whose idea the mega-ride was and the leader of this once-in-a-lifetime adventure through several States starting at the US/Mexican border all the way up to the Canadian border.

“Unbranded” started with cheap tequila and greasy enchiladas in one of the few places in the world where you can find people crazy enough to ride a horse for thousands of miles—Texas A&M University. Ben Masters.

A camera crew mounted on horseback themselves followed the guys  through every laugh, every disagreement, every runaway horse incident and the occasional tear or two. Director & cinematographer Phill Baribeau (below) has delivered a superb piece of filmmaking, employing dynamic camera angles and overhead shots via drones that show the vast expanse of prairies & deserts, mountain pastures, cliff faces, rivers….and the Grand Canyon in ways few of us have or will ever see. And the mustangs made it over all of these! 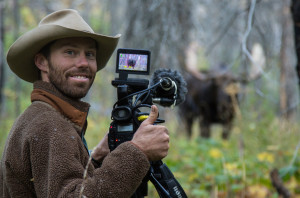 The long-standing conflict between the Bureau of Land Management (BLM), private ranchers, wild horse preservation societies and animal rights activists threads through the documentary, and the issues are dealt with by the filmmakers in a very balanced presentation. All sides of the argument for wild horse open ranges vs. cattle/sheep grazing rights, public access and recreational use of the land the cowboys ride through are shared. We learn about wild horse population stats, we hear intelligent opinions and logical options for land mgmn’t & usage via sympathetically inserted interviews, never losing the main storyline of the ride as we get to know the cowboys and each of their horses….and one cute little burro called Donquita.

UNBRANDED is currently looking for a North American theatrical distribution deal but those in Toronto can attend the final HotDocs screening on Sat. May 3rd @ 10:30am (see the HotDocs website for tickets) but you can see the trailer and meet the cowboys and their horses on the official website: http://unbrandedthefilm.com/

In the interim, here are some great pics I grabbed from today’s screening and watch for my film review in next month’s www.TheRider.com

Above: the fimmakers were treated like rockstars after the screening with lots of new fans flocking to the front of the theatre, wanting to say howdy and get an autograph. 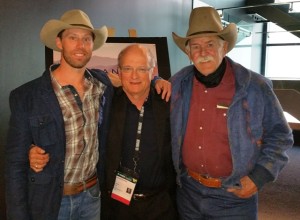 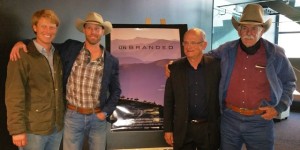 Below, I get hog-tied by Val as Ben, Phill and Dennis look on nervously, and Ben’s dad records the event for the family photo album.