When I first arrived in Canada in 1974, one of the first Canadian films I ever saw was Black Christmas, a slasher/horror picture I was taken to on a first date! There was never a second date for that guy…LOL. It was scary and wild, and was filmed in a house that apparently was not far from where I actually lived in Toronto. But it did feature a very handsome young man for whom I developed a mad crush that has lasted decades – his name is ART HINDLE. 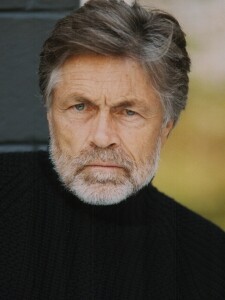 Throughout the 70’s and 80’s, I would see Art appearing on the some of the most popular tv series of all time such as Dallas (he had a nice multi-episode story arc), Baretta, Barnaby Jones, Cannon, Starsky & Hutch, McGyver, Murder She Wrote, even Law & Order which was just starting off. Then came E.N.G. in 1989 which ran until ’94 – by then Art had become a major heart-throb with a resume that included feature films as well as TV. Over the past several years, I’ve run into Art many times at the Toronto Int’l Film Fest (TIFF) or ACTRA soirees, even photographing him and his beautiful wife, Brooke, on red carpets and at industry schmooze fests. 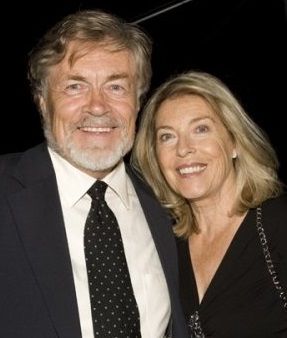 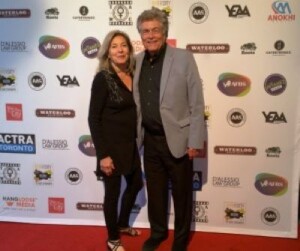 I recently caught up with the Canadian film & TV icon and asked him to share his thoughts on an actor’s life in the time of Covid, his long & successful career, and advice for those wanting to craft a career as impressive as his…..

As a working actor, how are you coping with Covid and the restrictions governing film or TV productions?   I’m using the lockdown as an opportunity to catch up on my reading…including some scripts that have been piling up. I’m also keeping my “instrument” tuned with some online ZOOM acting workshops – a group of us do scenes, usually 2-handers or monologues, every Monday evening. And I’m also Facetiming with all 8 of our children & grandchildren which takes up a lot of our time. I’ve managed to work on a couple of films & a TV series which has been very tricky for this old dog! Yes, I’ve had to learn a few new tricks – it’s a challenge to concentrate on the acting & practice both social distancing & masks on/masks off protocols.  The TV series involved travelling to Newfoundland and that was stressful, both flying and totally isolating in the hotel for days at a time!

Did you have any projects cancelled due to the pandemic? I know you have several projects completed or in post-production – do you foresee 2021 as being the year of Art Hindle with everything that was postponed this year coming to the screen all at once?  Yes, I have a couple of TV movies, a feature film in Montreal and the 2nd season of a TV series coming up. Hopefully the new year will bring the Industry back to normal (although, sadly, I doubt it) but we will all have to do our part, unlike what’s been going on in the general population this year! 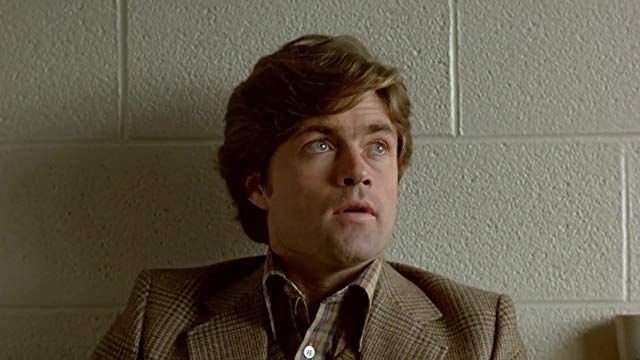 Going back to the beginning, you were part of the 1974 iconic Canadian horror film, Black Christmas, one of the first big slasher movies to thrill audiences. What memories do you have of that experience and did you think it would become such a cult hit?  To be honest, it was just another job for this actor with 4 children who desperately needed work all the time which, in Toronto & Canada in the early 70’s, was little to none. In fact, while working with Margot Kidder she found out how little work there was here and told me if I moved to LA I would work all the time. It was then that I decided to do something I had been resisting so for the next few months I gathered as much cash as I could (i.e. selling my vintage Porsche), driving a cab 24/7 and even doing some modelling which I had done when I was starting out in ’68, then in November ’74, my girlfriend & I drove to LA in a delivery car. As for your question about a “cult hit” or cult film, I don’t think the term had been invented at that time, and besides, no one makes a movie thinking it’s a cult film – every day you’re just trying to complete it before they take your money away! 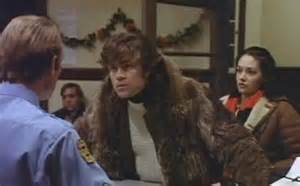 Throughout the 70’s and 80’s, you guest starred on so many big tv series including Cannon, Law & Order, Barretta, Barnaby Jones, Dallas, MacGyver (the original), Murder She Wrote (twice), and LA Law to name just a few before scoring your own tv series here in Canada, E.N.G. – what did you learn from these experiences working with legends like Buddy Ebsen, Robert Blake and Angela Lansbury?  I guess I first learned how to make people happy working on a series – unhappy actors & crews rarely make successful series. I also learned confidence, realizing I was at least as good as most of them; it was refreshing, as well, to be respected – actors rarely were in Canada.  I also worked with some great directors and almost from the beginning that was something that I wanted to do. So it was like being at school; in fact, when I was doing a series called Kingston Confidential at Universal Studios I nicknamed it “University Studios”.  I would poke my head into the various departments – editing, casting, set design, etc. – and asked questions. It paid off when we did E.N.G. (below) – I made sure the cast & crew were very happy & I got a chance to direct some of the episodes. 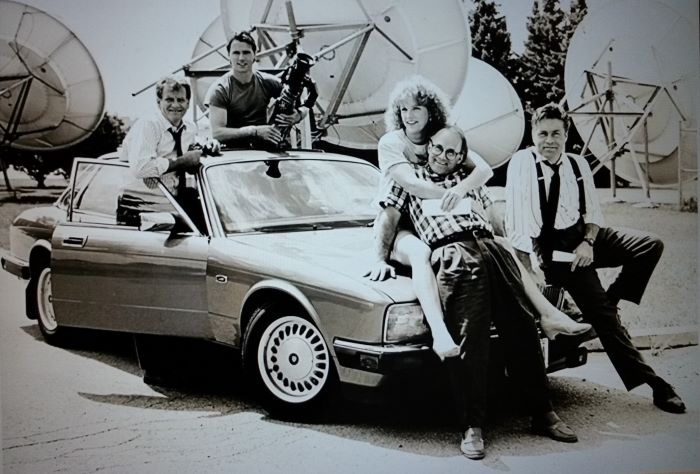 E.N.G. lasted from 1989 to 1994 and established you as a leading man and you then went on to do other multiple season series such as North of 60, Tom Stone, Paradise Falls and Dot. – did you enjoy the steady long-term work or were you itching to tackle more film roles?  Actually, in between roles on TV I was always working in film. I seemed to gravitate to low budget projects; I did so many, some people pegged me King of the Indies…I didn’t mind. I like to work hard and fast… something you have to do on low budget projects, but if you pull something good off, it’s very satisfying! 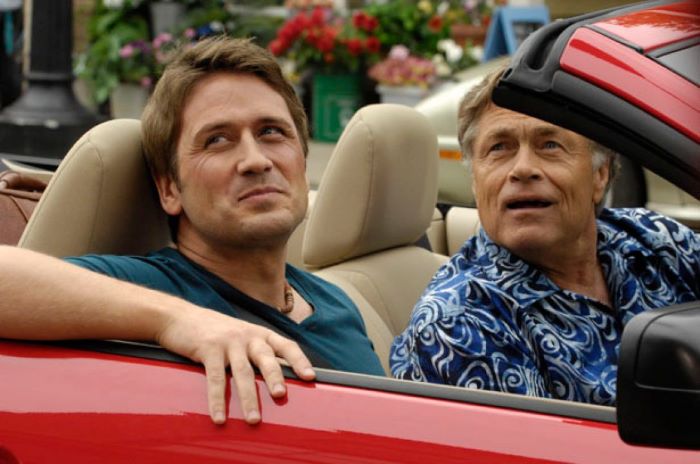 In recent years, you’ve appeared in popular series such as The Good Witch (a personal favourite of mine) and other more gentle (non horror/slasher…LOL) TV movies – what sort of characters do you look for as far as new challenges or is it strictly based on quality of script?   To tell you the truth, I’ve never been a fan of the horror genre. I never go to the theatre for that and I’ve reached the point in my career…well let’s put it this way, the 4 stages of an actor’s career are: Who’s Art Hindle?  Get me Art Hindle!! Get me a younger Art Hindle!  and finally: Who’s Art Hindle??  Most of the casting directors who knew me, liked me and called me are now retired or dead. A few are still around and a couple of the young ones think I’m swell (!) …so at my age you take what you’re offered and I get offered enough that I can turn down projects I’m not interested in. Like a film I recently did called Robbery (I’m very proud of this one and it’s streaming everywhere!)  I look for stories that connect the young with the old and where, by the end, both have learned something and it’s changed them. 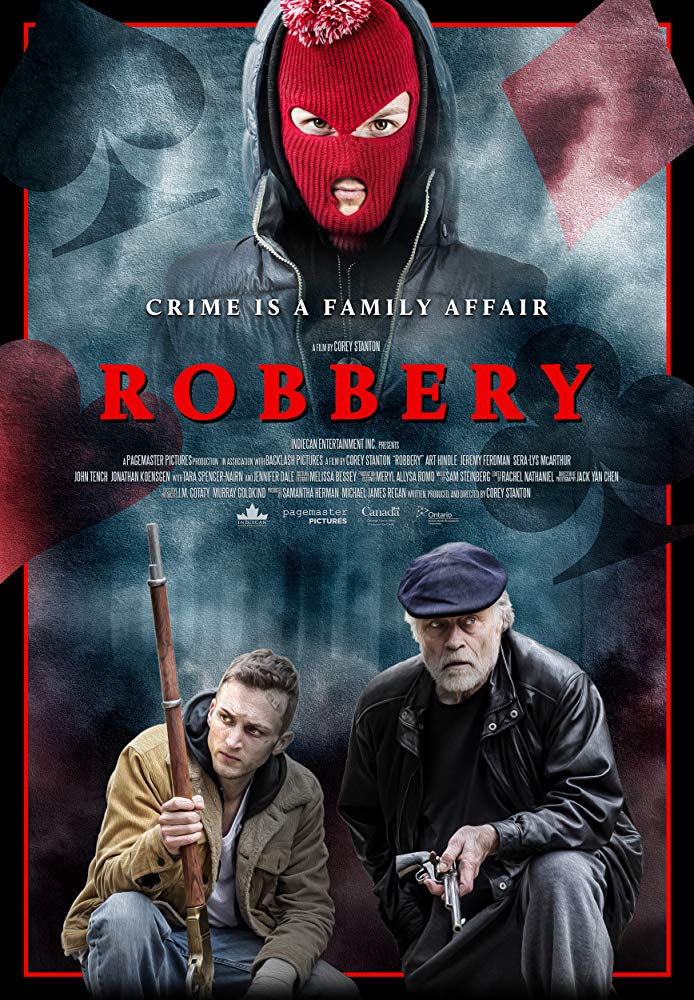 Your son, Zeke, was a child actor when you lived in L.A. and he’s now become a successful director & producer – I can only assume you are a real proud poppa.  Did you ever try to deter him from a not-so-secure life in showbiz?  I never ever pushed him in that direction. As a child he only did a couple of things so when he suddenly leapt into the abyss of acting, I had mixed emotions. But he seems to have inherited my gene of working hard and playing hard and caring deeply about the work and the people you’re with. I have to say, Zeke (pictured below) is much more the renaissance man than I was or could ever hope to be! He writes, produces, sometimes directs and stars in everything he shoots – I never had that much drive. He’s also studying on the side to get a Law Degree! What an amazing man… 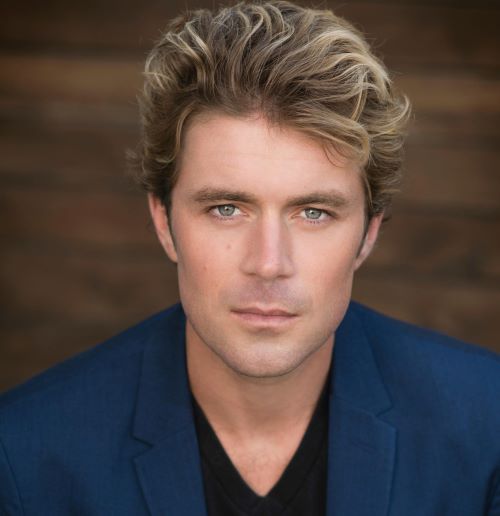 Moving forward, do you and your wife, Brooke, plan any special getaways in 2021 to make-up for Covid’s travel ban this year, or do you have projects that will keep you close to home in Toronto?  We have a new grandchild with our son who is a professional polo player living in Florida, so when the coast is clear, that will be our 1st destination. Also, we will head to Southern California to visit with Zeke & his beautiful wife and a daughter and her wonderful family. Other than that, we rarely travel – we have a great home with a forest attached…a bit of Paradise., in fact.

Any advice for young actors looking to carve out a long-term career such as yours?  Well, I guess I’d tell them it’s a marathon not a sprint. In fact, about a year after Zeke declared he was in da Biz, he had flown me down to LA to be in his first feature film, (Happenstance, streaming everywhere) playing his character in the future. He told me he was worried that he wasn’t getting anywhere; I thought he was stacking his career up against mine so I told him that after a year or two in the business, I had done a couple of commercials and no one was close to calling me an actor or beating down my door. If you look at my IMDb page, you’ll see only about 6 credits in the first 6 years, then maybe more than double that in the next 6.  Finally, I’d tell actors starting out, do as much acting as you can – short films, workshops, readings with other actors like you…I’m not a big fan of expensive headshots (spend $200 max) or expensive acting schools – there are some good books on acting, probably at the library. If you get the chance to be on a set, do it…learn to be observant and learn to listen…listening is the key to acting, in my humble opinion.  And as my wife Brooke advises, do some background/extra work to get used to on-set etiquette and experience the stresses of making movies. 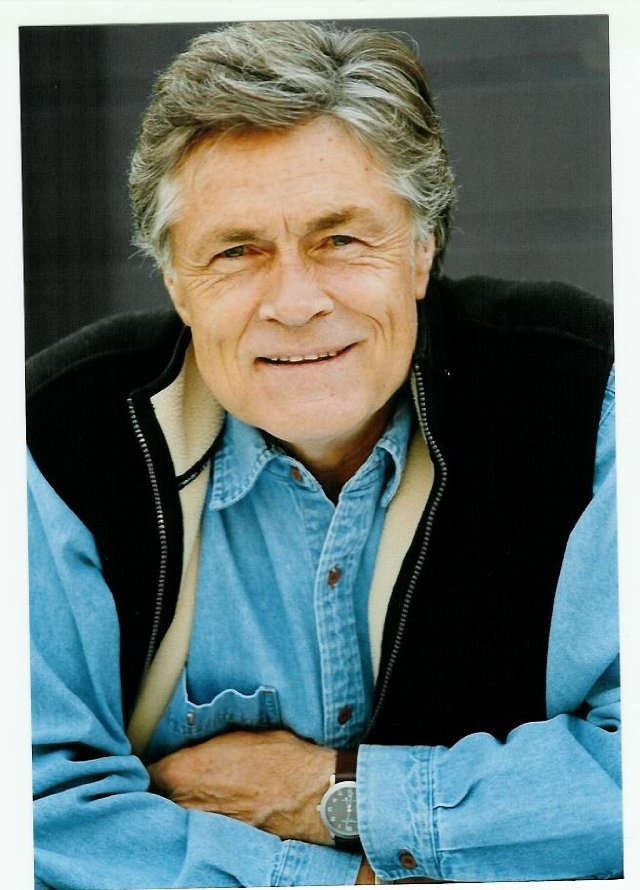 Thank you for those insights, Art.  I know there are lots of young actors who admire you and your work out there feeling a little lost right now so hopefully your advice and assurances will stand them in good stead.  Check out Art’s IMDb page for a full list of his work and if you see any of his films on your tv listings, check ’em out and see what a terrific actor we can claim as our own! 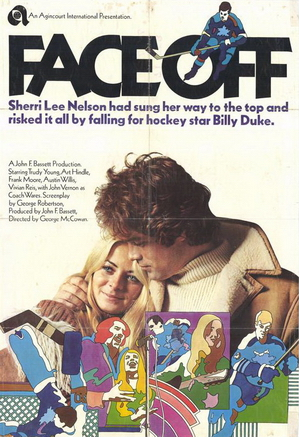