RUSSELL YUEN has got to be one of the busiest character actors in Canada I know – it seems like he’s on my tv screen nearly every day in some series or film. The charismatic Yuen splits his time between Toronto and Montreal and during the Covid pandemic, has been busy working from home auditioning online for international film and television projects (how difficult is that?), recording voice-overs, as well as coaching other actors.

When he first started acting, Russell applied his early training in Shaolin martial arts skills to roles as Asian gangsters and fighters which he then parlayed into more substantial roles. His “big break” came in the award-winning Canadian film The Red Violin followed by roles in Bulletproof Monk directed by John Woo, Phillip Noyce’s The Bone Collector opposite Denzel Washington, and Pluto Nash opposite comedy legend Eddie Murphy. Fluent in English & French, Yuen is popular with Quebec audiences starring in numerous Quebec feature films and tv series. He has established an on-set reputation for professionalism and good humour which probably accounts for his becoming one of the most popular go-to actors in Canada. I was thrilled watching him in last year’s mini-series 5000 Years of Heroes, and can’t wait to see his numerous upcoming 2021 films and tv shows. 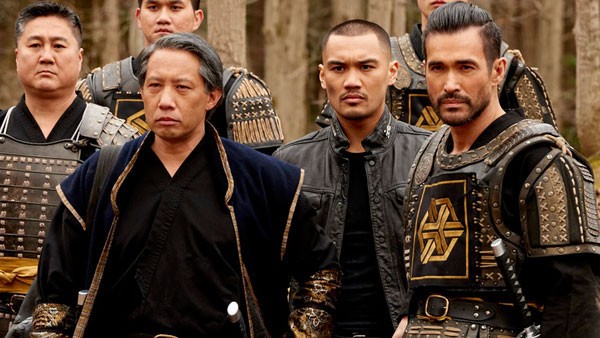 You’ve been working non-stop over the past 3 decades, providing voice-overs as well as acting. How have you managed to sustain your career and create such a diverse resume?  Desperation?! LOL. As a typically struggling Canadian actor, we have to have many tools in our bag of skills. Loosing my father at the age of 11 meant needing to support/helping my mother starting at the age of 13. By the time I graduated theater school, I already had more jobs than most. These skills became very useful in acting. Parlaying these life skills into my acting career was extremely beneficial and allows me to play a large variety of characters. After all, actors always bring a part of themselves into each role we play. The fighting against stereotypes was the hardest part. Growing up as the youngest “accident” of the family and the only Asian around for miles, meant that I had a lot of time to allow my imagination to go wild. Acting is all about playing…I’m just a big/old kid.

Instead of the usual waiter/bartender jobs young actors have to take while they’re establishing themselves, you had a surprisingly exciting range of jobs prior to full-time acting – white water rescues, a rafting guide in Northern Quebec, a Shaolin martial artist, even a fitness trainer. Am I correct in assuming these special skills helped you secure certain roles over the years?  YES! As you can see, I make it a point not to read ahead when doing questionnaires in order to keep the feeling fresh and spontaneous but YES.  When I graduated from theater school with classical training, sadly, there were no speaking roles for Asians back then. So, I found myself doing many action/martial arts/stunt roles for the first 8 years of my career. ALL those physical training and skills allowed me to stay in the job I love despite no speaking roles. 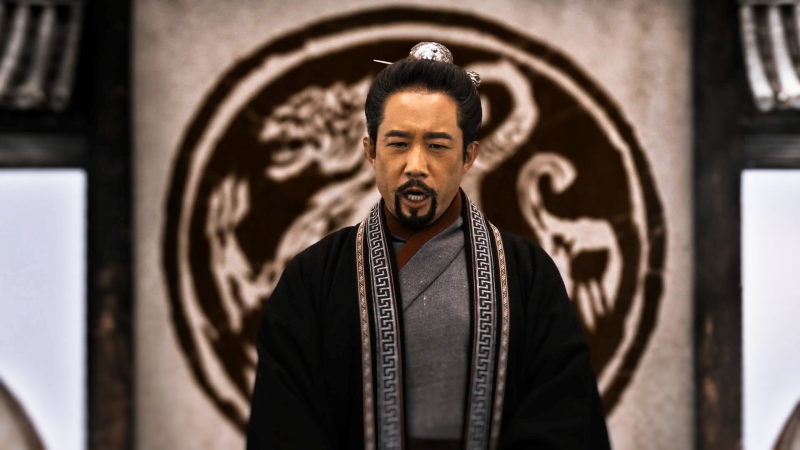 I remember first being aware of your comedic skills when spotting you in that popular series of TV commercials featuring two wacky fashionista for Reitman’s twelve years ago– did that exposure help boost your career or do you have any regrets about taking that gig?  Comedy has always been an important part of my life. If you can’t laugh at yourself….  I can’t believe it was that long ago LOL!  NO regrets at all doing that series of commercials. I really do not think it helped or hindered my career, although, it did prove to my agents that I can do comedy. Until then, like most people, they saw me in very serious/dramatic roles. Not only was this role fun to do because of the concept, cast and the crew but it also allowed me to travel to many places I would not have normally had the opportunity to go to.

What has been the most fun project you ever worked on, be it a comedy or drama/thriller, and why?  Oh boy. This answer all depends on your definition of “fun”. For me, ALMOST anytime I get to be on set is fun. Make It Pop was fun, Rising Suns was fun in a different way but if you mean fun as in comedy and laughs on set, the first thing that pops into my mind is Reitmans and Tokens on Call. Reitmans for what I mentioned before…At one-point Martin (who plays opposite to me in the commercial) and I looked at each other on a mountain in Cuba and we actually said to each other just how lucky we are. This was said right after we had a laughing fit on set. Tokens was fun due to the fact that it was the first experience for me being in an Asian driven project that was laughing at what really happens to Asians (and other visible minorities) in our daily lives. 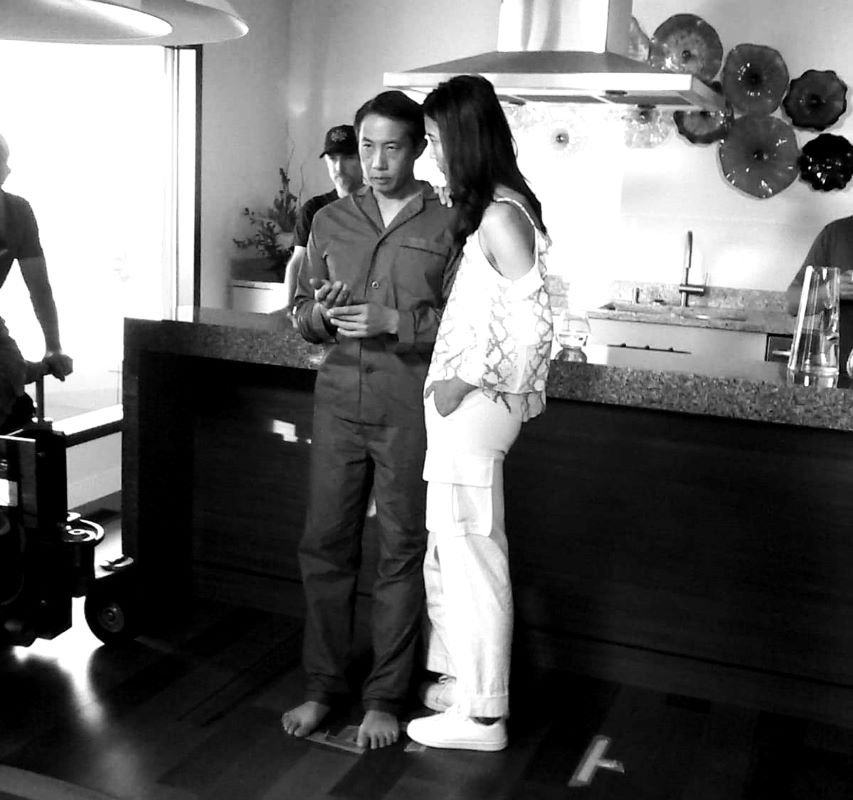 How has the Covid production lock-down affected you? Have you been able to work remotely, perhaps doing voice-over work or on web-based projects?  My partner said it best regarding Covid-19, “2020 and this pandemic is Beige” LOL. No, I haven’t been able to do much work from home sadly during this pandemic. It has created a very unfair situation for most actors, although I have been one of the fortunate ones. We have been asked to do 99.5% of our auditions as self-tapes while maintaining social distancing and respecting whatever Covid-19 rules are in place at the time. This meant for many actors to spend a small fortune (for Canadian actors) on getting or upgrading all their equipment in order to give a decent self-taped audition to casting. It means for many an upgrade to their internet so that both their reader can Zoom into the audition self-tape or for Zoom call backs. But since I coach people and help with self-tapes, I already had most of the necessary equipment but even I had to upgrade some of my equipment. I have been able to audition and secure voice work on video games but due to quality and production requirements, I have had to go into studio to record. The situation also leaves actors at a disadvantage when auditioning. When you go into a casting place for an audition, you go in with a few ways to do the scene. Once in the audition room, you do the scene(s) with what YOU think is the best fit but that doesn’t mean it is what the production wants. In the audition room, the casting person will often give you a direction or description that could completely change the way you interpreted the character. Then you could do another take of the scene(s) that better fits what they are looking for. When I audition at home, it’s totally a roll of the dice and you just HOPE you got it right. Hence, both auditions and booking roles during this pandemic have been a struggle and few/far between. Although on the positive side, I have had the time to get new headshots (below) and demo together (laughs)! 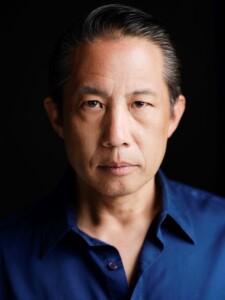 You have a number of exciting upcoming projects for 2021 as well as your ongoing appearances in the popular Rising Suns tv series. Can you share any news about your upcoming appearances, in particular Dancing Through the Shadow of Mao which looks to be a provocative telling of an artistic life under the tyranny of Mao Tse-tung (Zedong) in communist China?  Yes! Rising Suns is having a lot of interest from multiple platforms in regards to buying it and making it into a full series. We are supposed to go back next year and continue shooting with funding coming from some parties that want to purchase the series. Dancing Through the Shadow (formally know and based on the book “The Swan”) is in its final stages before being released. In fact, I’ll be doing ADR for it this week! It is not so much a ‘provocative’ movie/subject but rather the story of person who struggles to continue her passion of dance no matter the obstacles she faces. This TRUE story just happens to take place during Mao’s reign. However, one of the wonderful parts of this film is the fact that it does take place during this time of history. Not so much for the character(s), I mean it’s just not a fun time in history. This film also shows a time of history many, including myself, just didn’t know about. I thought I knew what happened in China during this time but the book and researching the character taught me much more than I knew. However, the film is about much more: it’s about love, family and dreams. I am currently working on a project going to film next year … but of course I cannot mention it yet. Tokens On Call is supposed to go to season 2. Rising Suns will go for a full 13 episodes. Dancing Through the Shadow will be released next year. But beyond that…..SOMEONE OFFER ME WORK, PLEASE. 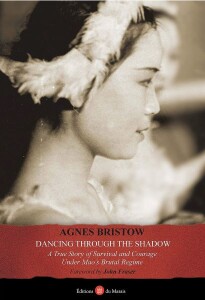 Are there any directors or fellow actors you dream of working with in the future?  Hmm, this is a hard one. Can I say EVERYONE?! LOL. One could say all the expected names like Spielberg, Bong Joon-ho, Scorsese, Tarantino, Guillermo del Toro, Mina Shum etc. Or actors like Hanks, Washington, Sandra Oh, Streep (who scares me a little), Sam Jackson etc. But honestly, I just want to work with people who have passion for what they’re doing and are ready and willing to work together to get the most out of what we are doing. It’s all about collaborating and sharing. However, as I get older, one hopes to do more projects and work with people who understand some element of what it’s like being Asian and incorporate this into the subject matter. It has become more important to me to share my story, my struggles, my path through life (including some very laughable moments) before it’s too late or I am gone. I want to make a difference … Growing up, the only Asians I saw and could identify with were (oh boy this is going to date me) Sulu from Star Trek (dreaming of being on that one day) and Robert Ito from Quincy (below). I want my kids and Asians as a whole to be able to see themselves and their stories. Things are changing but at a glacial pace. I fear I will not be around when people finally stop saying “Oh look, they cast an Asian” but instead say “Oh look, now that’s a great actor” 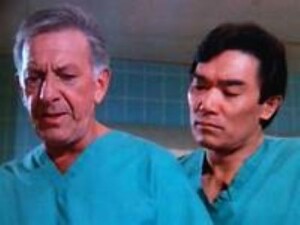 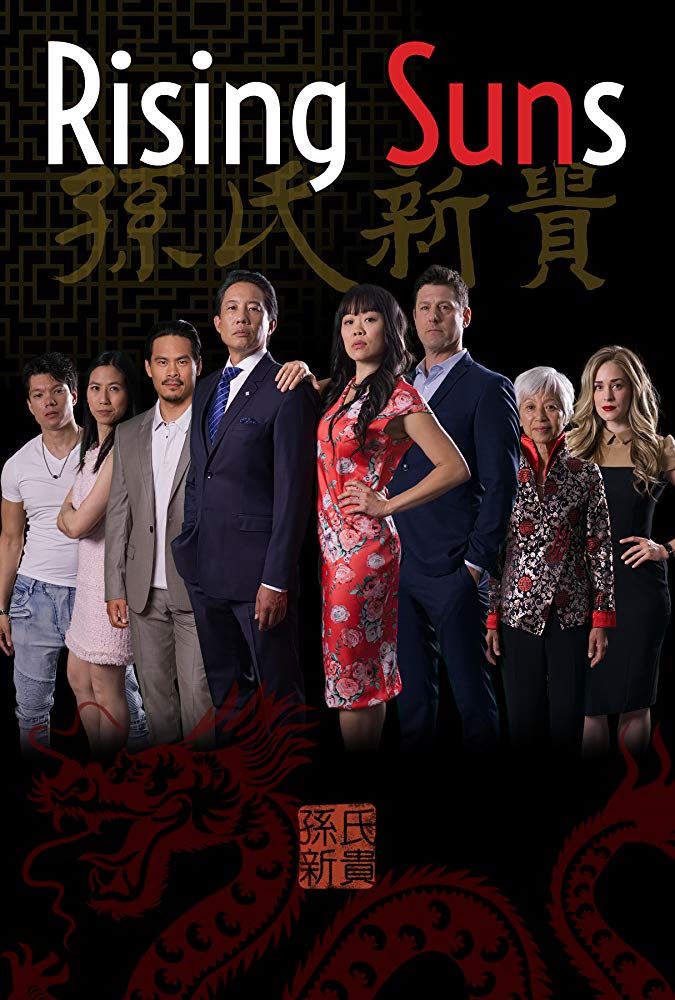 And for news updates on your films or tv shows, can you please share your social media links or website?  Sadly, I do not have a website yet…if anyone wants to build one for me…??!! But if people would like to follow me, here are my social media links:
https://twitter.com/RUSSELLYUEN
https://www.facebook.com/RussellYuenPage
https://www.instagram.com/russell_yuen/