I’m heartbroken….my sports hero has retired from international tournaments and I doubt I will get the chance to ever see him play in person.  Kumar Sangakkara, the legendary Sri Lankan wicket-keeper and batsman has become one of the greatest ambassadors of cricket, a sport most North Americans don’t understand or sadly don’t even care about. So please consider this fan-girl blog a quickee intro to Cricket and to one of its most exciting players ever to take the field. 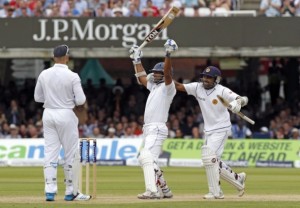 Cricket is a team sport played in countries that were once part of the British Commonwealth including Australia, South Africa, the West Indies, New Zealand, Zimbabwe, India…and Sri Lanka, and it’s faster than baseball. And as a female fan with a healthy respect for sports machismo, it has some of the sexiest and handsome players – you can actually see what they look like which makes watching them run, catch, bat and bend over so much more enjoyable, especially watching Sanga on TV!!! 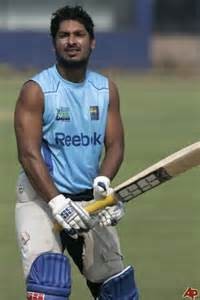 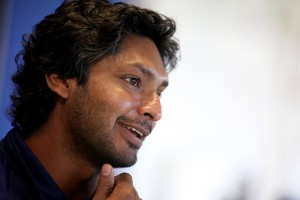 But regardless of my hormonal reactions to the man (!), Sangakkara has brought a new level of skill, passion and commitment to the game and he has become a role model for millions of young men and women around the world who play & love cricket. He’s been the ultimate team player for his country’s national team, as well as his regular season team(s) – I remember watching him play for Sunrisers Hyderabad (part of the Indian Premier League, or IPL) a couple of season’s ago, where he played with such determination and flair. (below) 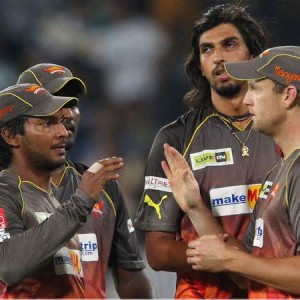 This month, during the ICC World Cup of Cricket tournament played in Australia and New Zealand, I’ve watched Sanga play the matches of his life batting 4 back-to-back centuries (100 runs) and taking countless wickets against opposing teams, setting both batting and wicket-keeping records. The quarter-final game between Sri Lanka and South Africa was expected to result in more glory for the SL team and Sanga, but the fates dealt a cruel blow and the Sri Lankans couldn’t get their gears in motion – they went down ingloriously to the underdog Proteas team (SA). But the South African players, the crowds in the stands, the media and his teammates cheered as Sanga and his best mate and fellow SL player, Mahela Jayawardene, who also chose the World Cup to retire from competitive cricket, left the field. 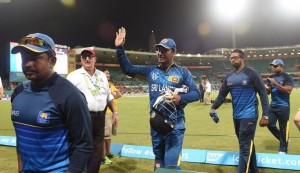 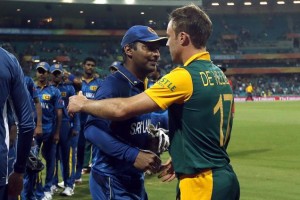 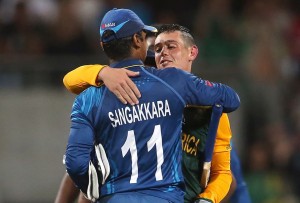 I watched the match live on the internet then again on TV when the highlights were played back late last night.  I can’t imagine watching cricket now without seeing my Sanga, but he took to social media to share his feelings and thank the fans:

· 3,324,435 Likes
Hi Everyone – I just wanted to say thank you for all your messages of support during the World Cup. We are all disappointed with the loss to South Africa. We played poorly and South Africa were deserved winners. Strange to wake-up this morning as a former ODI cricketer, but it’s been a great honour and privilege playing for Sri Lanka during the past 15 years. At the end of the day, I am very fortunate to have enjoyed a long career playing with and against some great players. Thanks for all the encouragement and support over the years. Cheers, Sanga 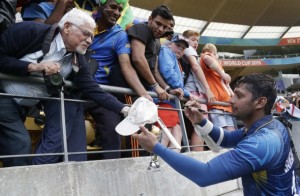 Having retired from the T20 International tournaments after Sri Lanka’s exciting WT20 win last year, Sangakkara is expected to play his final Test series against India in August, after which he will retire from all forms of international cricket. So we’ll have just one more brief opportunity to see Kumar in action, and although he encourages his fans to look to the future and not dwell on his departure, I know we all feel the same: farewell to the King…long live the King!

So after getting my hair chopped off and restyled a couple of weeks ago, I thought…why not do the same for my website which was about as tired as my old hair ‘do.  So thanks to Purvin Wai of EZ-Link Solutions, here’s my new fancy-schmancy website. Still easy-to-read and keep-it-simple-stupid in format so even an old blondie like me can add stories, photos and links for clients, post event coverage and newsy content. Just a little more streamlined and, as Purvin says, “welcome to 2015, Glenda”. LOL

I have some great news coming up from RDG Entertainment as well as updates from the ICC World Cup of Cricket being held this month in Australia and New Zealand – my beloved Sri Lankan team plays an important quarter final match tomorrow against South Africa so fingers crossed that the mighty Kumar Sangakkara (below) hits another century and sends the Proteus back home with their tails between their legs!! 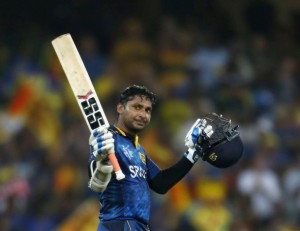 So please come back and visit for upcoming news, and feel free to visit all the past blog stories under the tab “Previous Blog”.