Four-time Maple Blues Award-winning singer ANGEL FORREST (below) is bringing her band to town next month, along with special guest roots/blues singer/songwriter Rob Lutes who will be joined by longtime accompanist, acclaimed Quebec guitarist Rob MacDonald. 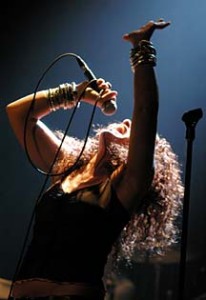 The concert is scheduled for Saturday June 10th (9pm) at Toronto’s Opera House located at 735 Queen St. East with tickets available from www.TicketFly.com ($27).

With a career spanning 3 decades and recipient of the Maple Blues Award for Female Vocalist of the Year four consecutive years (2013- 2016), the Quebec blues belter will perform songs from her 2016 album, Angel’s 11, and other original award-winning tunes.

Well known in the Canadian blues scene, Angel has performed at major Canadian & int’l festivals including the Int’l Jazz Festival of Montreal, Tremblant Blues Festival, Blues sur Seine, and many others. She has also shared the stage with renowned artists such as Jarvis Church, Burton Cummings, Thornetta Davis, Larry McCray, and legendary Brit Blues singer & frontman of The Animals – Eric Burdon. 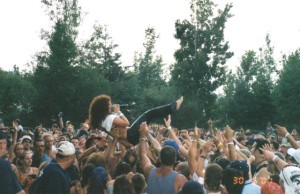 I’ve been singing all kinds of music – folk, rock, country – but the blues fits me well. I love the freedom of the blues, you know no rules – you feel it…you sing it… you share it. – Angel Forrest 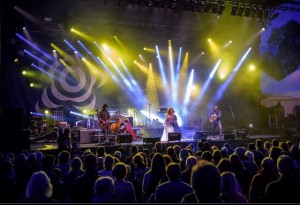 Combining masterful song writing with her partner and on-stage collaborator, Denis Coulombe, Angel has also proven her worth as a tunesmith with songs ranging from blues to rock to jazz.  There is no question that Angel Forrest is one of the most powerful singers on the contemporary blues scene today. The strength of her performances, her distinctive voice and fiery personality has allowed her to conquer the hearts of thousands of fans around the world. 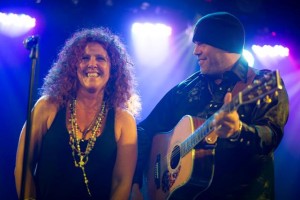 I recently chatted with Angel, asking her about her love of the blues, her inspirations and her upcoming projects:

Which artists have inspired you throughout your life, and why?  Robert Plant, Mavis Staples, Bonnie Raitt…and Janis Joplin, of course.  It’s all about emotion and honesty, and delivering the goods in a way that you and the audience walk away moved in one way or another.

What was the inspiration for your recent album, Angel’s 11?  The number 11 is very big in my life – I wanted to document the last 30 years by showcasing some of the amazing guitarists (my favorite instrument) with whom I’ve have worked and who have inspired me to become the singer I am today.

What’s next for Angel Forrest? Another big tour, another album, any collaborations?  Touring all summer – I just got a new tour bus “Maggie” and will be riding in her most of the summer across the States and Canada. But I’m also going out west and then to France (by plane, not Maggie!). I’m also writing a new album with Denis my husband, this time a country duo record – amongst everything else he does, he also sings like an angel!

Get your tickets now as Angel’s show is sure to sell out fast.
ANGEL FORREST
with special guest Rob Lutes
June 10 @ 9pm
THE OPERA HOUSE
735 Queen St. E., Toronto
Tkts: $27.00
Available in advance from TicketFly.com 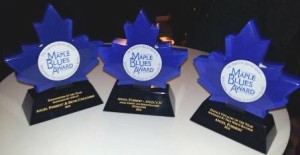 WHAT THE MUSIC INDUSTRY & MEDIA SAYS ABOUT ANGEL FORREST

“Forrest pulls the perfect vocal treatment out of the bag every time….”   100 Percent Rock Magazine

“…she has a fine set of pipes…”  ZeitgeistMagazine UK

“Angel Forrest’s fiery red hair and whisky-smoked voice has made her instantly recognizable throughout her career. One of the most powerful singers on the contemporary blues scene…”  – Arts Commons

“Angel’s blues-drenched and soulful performances have made her a fan favourite at the Festival….”  –  Tremblant Blues Festival