I love joining clients at gigs, especially when it involves taking a road trip and visiting audiences outside of the big city. Last night, I joined brilliant stage hypnotist ADAM GRAEME  [www.adamgraeme.com] when he entertained members of Trenton, Ontario’s Canadian Legion (Branch 110) – the event hall was full of enthusiastic folks, some of whom were definitely skeptical, but within a matter of a few minutes, Adam proved why he is considered one of the brightest, most innovative comedy hypnotists working in the country. First, he warmed up the audience with a little mystic psychology (below)

…and then he called for volunteers.  A couple of ladies hesitantly approached the stage area, then before long, all the chairs were filled with willing participants. “You can’t hypnotize me,” one volunteer said, but she under-estimated Adam’s powers, much to the amusement of the crowd. 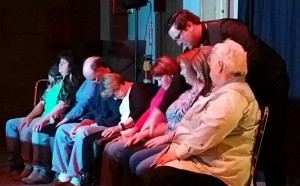 Very soon, Adam had them driving imaginary cars (below), showing off their kung-fu prowess, talking smack to a teddy bear, performing as Frank Sinatra complete with back-up singers & a kick-line, and even trying to count  their own fingers which one confused young lady just could not do – she’d forgotten how to count to ten! 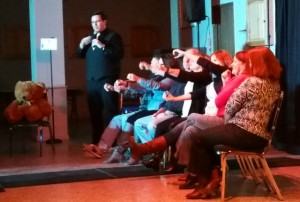 The entire evening’s entertainment was clean, family-friendly and so much fun. None of the volunteers did anything too naughty but we’re sure there are a few husbands and wives still teasing their spouses about their stage antics that brought the house down!  I recorded several post-show testimonials (see end of this blog) and I’m sure Adam will be called back for another show soon. Thanks to all at the Legion Hall for their warm hospitality, especially groovy bartender Tammy who waited patiently to turn out the lights while we packed up all the gear. 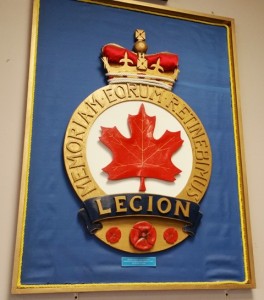 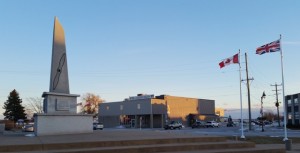 I also have to thank Erin & Adam Keats who run the charming Trenton Delicatessen (below) as they stayed open long enough to make me a delicious ham & Swiss sandwich and potato salad after my long journey from Toronto. Oh yummm! They have a wonderful selection of Dutch treats and I made sure I picked up a few sweeties to go. If you visit Trenton, be sure to drop in and say hello to the Keats. 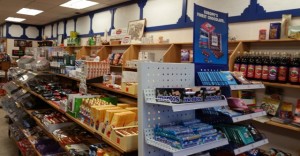 Here’s what the audience thought of Adam Graeme’s show…

I recently welcomed new client ADAM GRAEME – he’s a very talented comedy hypnotist who offers that special bonus for corporate clients and family-friendly events: he works clean! No naughty nasties here – Adam creates laughter from the reactions of both the on-stage participants and those sitting out the the audience without resorting to the all-too-familiar vulgarities or f-bombs!  I recently sat down with Adam to review his career so far and the direction he’s looking to take his stage act over the next few years.  Let me share some of his comments with you and I encourage you to follow him on social media as well as visit his website for more information – contact info can be found at the bottom of this story. 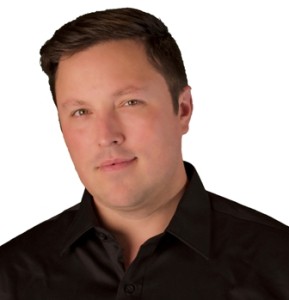 Adam, how/when did you discover your “gift”?
The ability to be able to hypnotize someone is not so much a gift as it is countless hours of study and practice. I have been studying in one form or another for over 15 years and continue to learn more with every day and with every performance.
What inspired you to take hypnosis to the comedy stage and corporate arena?
Comedy has always been a big part of my life.  From a very young age, I fell in love with comedy by watching comedy icons like Martin Short, Dan Aykroyd, Steve Martin and Robin Williams. I admire talented comedians who relied solely on their wit instead of crude shock comedy. I believe hypnosis to be an overlooked phenomena that has the potential to change the world and what better way to bring about awareness than through making people laugh!? So armed with the desire to bring back honest and palatable comedy plus an obligation to inform the public about the powers of hypnosis, I took to the stage. 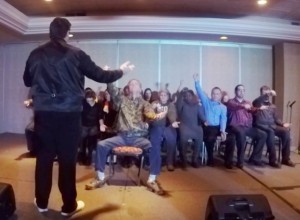 Who are your heroes as far as comedy hypnotists, illusionists or comedians?
This is a tough question as so many entertainers have had such a positive influence on my career.  My favorite comedy hypnotist I would say is a tie between Marc Savard and Catherine Hickland. Marc is a Canadian who has the longest standing hypnosis show in Las Vegas and keeps his comedy at a very high standard. Catherine is one of my mentors and such a dear friend. How will you know when you have met Cat? Because you will find yourself asking, “Who is that person and why is she carrying a chicken around all the time?” Yes, she has a pet chicken named Nugget who goes on tour with her.
What has been one of your most memorable performances to date, and why?
There is one particular performance that was pretty great and happened just recently. I have five kids all under eight years old and so it’s very rare that my whole family has an opportunity to be with me for a show. In January, I performed to a sold-out audience in a Niagara Falls theatre where I was able to get all the kids in. I created a new Star Wars skit just for my boys and it went flawlessly. The video is on my website and it’s one you have to see. 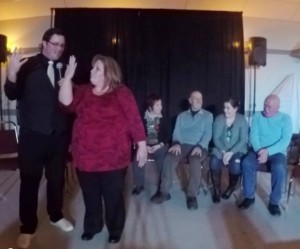 You’re a hands-on dad so do you use your powers of persuasion to get the kids to bed on time or to eat certain healthy foods (i.e.“broccoli is good for you and it tastes like Coco Puffs”)?
Yes, it works on kids, too. My son, Grady, will attest to this on two separate occasions. One was when he absolutely refused to eat perogies. Much like a Dr. Seuss book, he would not, could not eat his perogies! After a few short moments, he was gobbling them up and asking to have them again another night. With a little “persuasion” we now called the perogies “dumplings” and with a little reinforcement in how delicious they were, it was all it took. The second instance was when Grady was playing on my iPad in bed and accidentally turned on my insomnia self-help CD. Ten minutes after, I was walking by his room and heard my voice; I opened the door and saw him completely passed out. It was amazing.
I understand you’re also able to use your hypnosis skills for health and wellness eg: stopping smoking, weight loss/gain…. Have you ever been approached after one of your stage shows and asked by an audience member for help in those areas?
In all the years I have been performing, I don’t think there has been a single show yet where people haven’t asked me about helping them with something they’re struggling with and that’s the reason why I created my MaxU hypnosis self-help program. I would love to be able to help everyone on a one-on-one basis but unfortunately I would end up spending all of my time working on therapy with only the amount of time to help a small number of people. 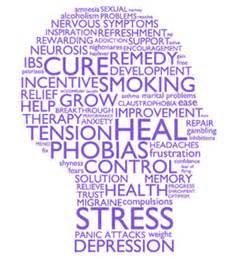 The cost of working with me on an individual basis may be too high for the average person, so with the desire to help as many people as possible, I set out to create a system that could give everyone the opportunity to enjoy the benefits of hypnosis in their own home at an affordable price. The end result was MaxU. All the information is available on my website and if you or someone you know is struggling with weight loss, quitting smoking, insomnia, has a fear or anxiety, I highly recommend taking a look.
Many people scoff at the ability to hypnotize or be hypnotized…can you explain the simplicity of the power of suggestion without giving anything of your act away?
Of course!  Hypnosis is a state of mind between an awake state and a sleep state. It is not conscious or subconscious but rather a state of super conscious where your mind is so intently focused on a single point that it allows the hypnotist direct access to your subconscious mind. 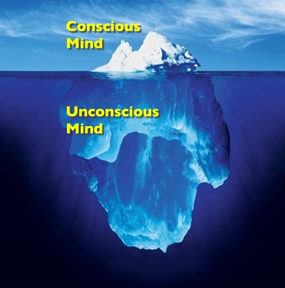 Think of your conscious mind as the filter that does your critical thinking and acts as the gate keeper to your subconscious. It decides what to let in and what to reject. Your subconscious stores memories and controls your automatic functions like your breathing and your heartbeat. With hypnosis, we distract the conscious mind with relaxation and concentration so the subconscious can come out and play. It is very real and anyone that enters my theatre may come in as a skeptic but definitely leaves as a believer.
2016 is looking like an “expansion year” for Adam Graeme’s career – what’s on your wish list for performance venues or occasions?
Yes, it seems like the expansion started a couple years ago and hasn’t really stopped yet which is quite amazing. I have been very fortunate to have such great support from both family and friends. More and more people are seeing the show which is leading to more and more work to the point of having to hire extra staff just to keep up. The very top of my wish list is to be able to perform at Disney World in Florida and we are in the middle of getting the paperwork sorted out to make that a reality and I’m very excited.
Anything else you’d like to share with my readers?
The most important thing to remember in life is that your reality is fluid. If you don’t like something in your life, you possess the ability within your own mind to change it into whatever you want. I have helped countless people through hypnosis and if you’re a non-believer, come out and support your local comedy stage hypnotist to see just how powerful it is and how it can change your life as well.

Adam recently attended the annual trade show for the Ontario Association of Agricultural Societies in Toronto and met some other entertainers you may recognize including Doo-Doo the Clown (below) who recently made news headlines by rescuing a woman being pursued by a potential mugger…. 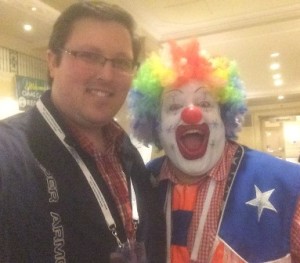 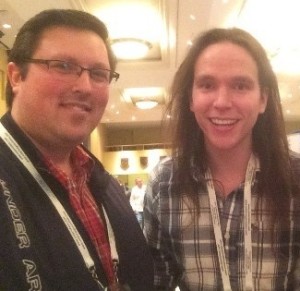