I frequently complain about the lack of Aussie films being available online or even making into our cinemas in North America – not sure who negotiates all the distribution deals (esp. with tv content) but we Aussies abroad will soon be able to enjoy a new romantic adventure movie when FOREVER FIRST LOVE hits screens in September.

Set against the beauty of a baroque Filipino town, Forever First Love is a modern romantic drama. “The story follows international photographer Paul who finds his first love, Anna, in a one-in-a–million chance meeting in a crowded Filipino market. The travelers spend the day exploring the beauty of the 16th century town and whilst passions reignite, their principles on relationships, religion, and morality clash. Paul’s long held nostalgia for his dream girl is tested,” says Brisbane based writer and director, LUKE MAYZE (pictured below, directing the leading lady).  “The film is an exploration of the dynamics of gender roles in modern relationships and balances this generation’s reluctance to commit with the desperate need for connection.”

This is the first feature film for Mayze, a multi-award winner who has found international success with numerous short film projects (Silver Stiletto, Prep Rules, Weight Of Sunken Treasure and It’s A Treat). The film is also the debut feature film for emerging Brisbane producers, Carmel Savage and Janelle Rayner. They secured funding for the film from private investors, shooting in the Philippines and Queensland and producing the film locally.  The film premiered in Latin America at the end of 2020 and has fast become an underground favourite.  Cinematographer, Shing Fung Cheung, won an Australian Cinematography Award for the production.

“Despite the difficulties of distribution due to COVID, we’re thrilled that the film has attracted a global audience with people seeking a style of escapism different from ordinary cinema,” Luke added. “Since the film’s release in Latin America, we’ve received an outpouring of  messages from across the globe in support of Forever First Love.

The film stars Australian actor STEVEN ROOKE (The Chronicles of Narnia, Australia Day, Wanted) alongside Italian actress CARLOTTA MORELLI (Tracy Ullman Show, Lip Service, Fratelli di Sangue), who auditioned for the role in London and rehearsed in a series of skype video calls before flying across the world to meet the production team. The stars only met in person a few days before filming commenced, with critical praise for their on-screen chemistry. 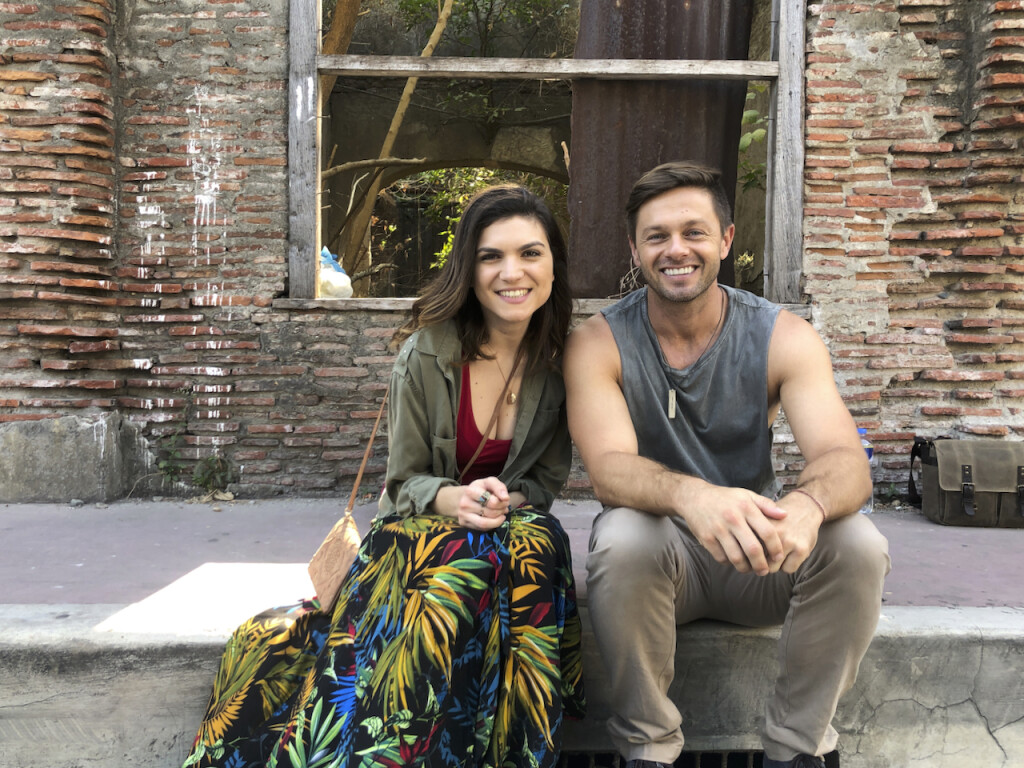 When I first learnt about this new film, I reached out to Luke for more insights into his film and he kindly shared the following:

The story of Forever First Love is written from Paul’s point of view. Paul is an international photographer, who has followed his passion to the Philippines to capture that perfect image. In the chaos and heat of a crowded market, his first love, Anna appears in his lens. Paul convinces Anna to go on an adventure with him and together they explore exotic locations, share confessions and experience a night of passion that neither could have anticipated. But in the harsh reality of the morning after, Paul comes to realize that living his life through a lens will never be enough. 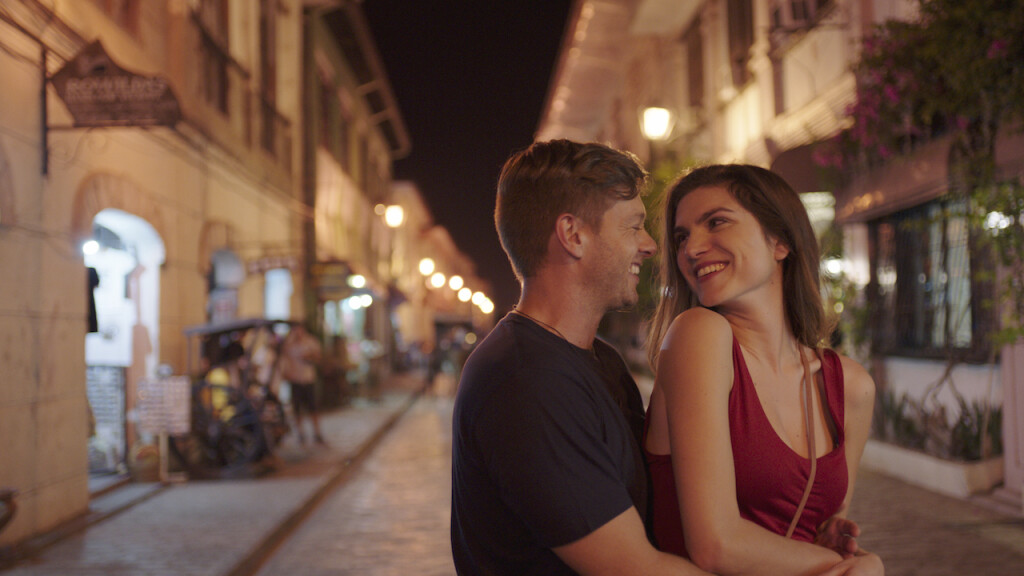 I am indebted to the talented and professional teams of people in the Philippines and Australia who made this adventure unforgettable and am proud to share Forever First Love as my debut feature film as both Writer and Director. I’ve taken inspiration from filmmakers such as Peter Weir, Alexander Payne and Steven Spielberg throughout my career and wanted to create a story that delves into our fundamental desire for human connection and attachment to the past. Forever First Love explores themes around love, identity, culture and the complexity of relationships when stereotypes and assumptions collide. I hope the film starts a dialogue around the perception of traditional love and the changing gender roles in modern relationships. 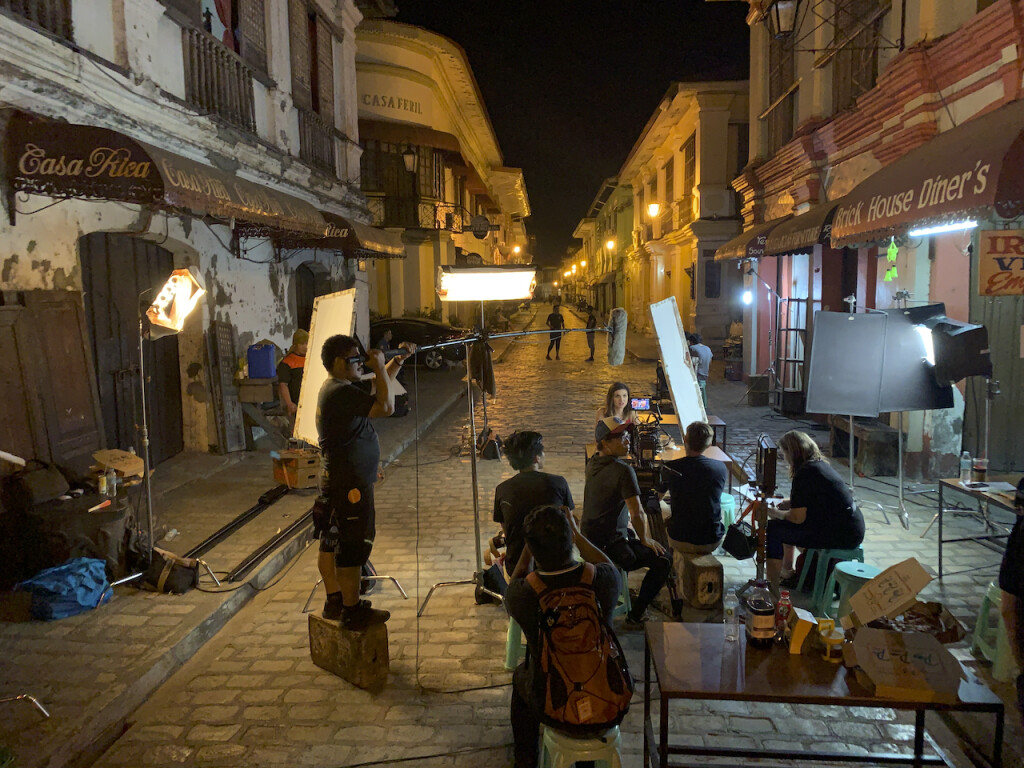 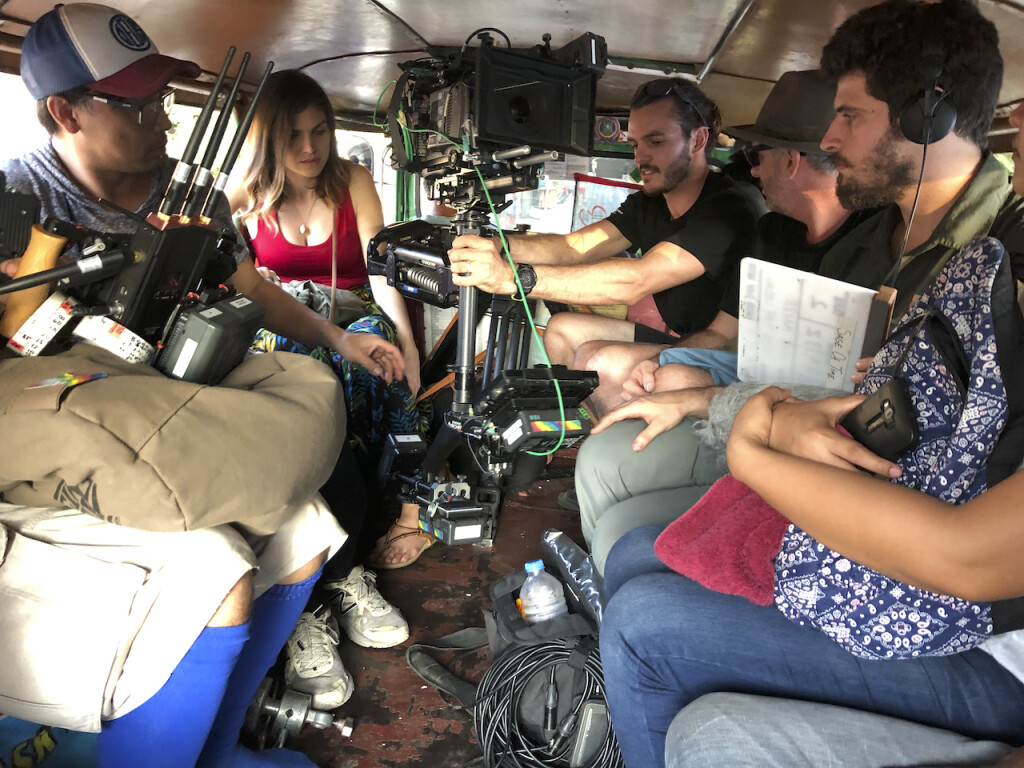 MY BRIEF REVIEW:   Written and directed by Luke Mayze, Forever First Love is the tender story of a rediscovered first love set against the chaos of an urban centre in the Philippines. Australian photographer Paul suddenly sees Anna, his teenage sweetheart, walk into his lens as he snaps the vibrant street scenes. He pursues her through the market where they finally meet and realize the passion is still there…at least for the duration of her stay in the city.

Mayze has written nuanced tender dialogue between the two characters, yet has imbued the leading lady, played by Carlotta Morelli, with a sense of maturity and empowerment, perfectly in control of her emotions. In a reversal of standard male/female roles, Paul, played to perfection by Steven Rooke, is overwhelmed by his feelings for Anna – still worshiping her or, at least the idea of her, as his beloved one and only. Both actors light up the screen; their verbal exchanges are both fiery and impassioned, challenging each other to view their present romantic predicament realistically while examining their past youthful entanglements; viewers may find themselves subconsciously taking sides, especially as the story reaches its conclusion.

With glorious cinematography by award-winning Shing-Fung Cheung and a masterful soundtrack that underscores each scene’s emotions by Peter Spierig, this is a film for those who appreciate human interaction without use of guns, blown-up buildings, car chases…it’s a very human story that requires no props or fancy CGI – it’s all heart and soul. Luke Mayze has spent many years creating award-winning shorts and as his debut feature film, Forever First Love promises future success for this multi-talented Australian filmmaker. His insightful and very intimate script hints that maybe he himself has experienced and survived such a love? Just wondering…..

CONGRATULATIONS to Luke, Carmel and Janelle, and the entire cast and crew.  I can’t wait to see the film in its entirety. Forever First Love hits US and Canadian screens the second week of September thanks to Galloping Entertainment & distributors Vertical Entertainment. You may also view the film via your favourite streaming platforms: Apple TV/iTunes, Amazon Prime, Google, FandangoNOW, Microsoft,  Redbox On Demand, Vudu, DirecTV, Comcast X1 and AT&T U-Verse. And tell the producers what you think of their film on social media: www.facebook.com/foreverfirstlovemovie