Last week, one of Toronto’s favourite watering holes, The Duke on Queen St East, played host to a special fundraising concert benefiting this year’s 14th Annual Beach Celtic Festival (Sept. 9/10) and festival founder SANDY GRAHAM was thrilled to welcome an exciting line-up of Celtic dancers and musicians to the stage. 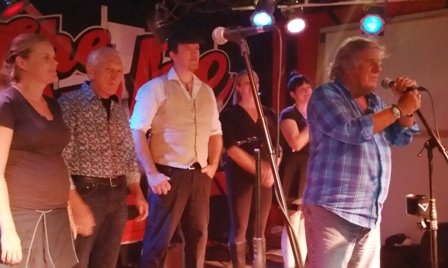 MC & performer Don Graham is joined on stage by featured performers to take their bows.

Thanks to the generosity of the performers and that of the prize donors for the silent auction, a substantial amount of money was raised to help underwrite the costs for producing the annual festival celebrating the contributions made to Toronto’s history and growth by Scottish, Irish, Welsh and English immigrants.

Led by Meghan Bold, the lovely ladies from the Bold Steps Dance Studio entertained with traditional dances and clogging – the excited crowd clapped along in time.

Apart from MC’ing the evening, singer/songwriter Don Graham opened the night with some great tunes…. 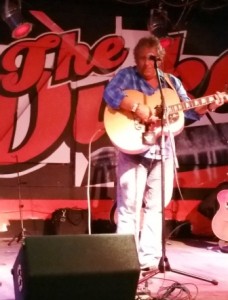 …and he was followed shortly by roots musician Syd Simkins (below)… 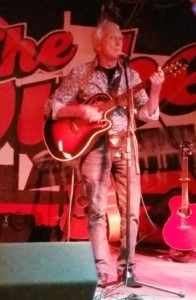 ….and award-winning artist Lisa Hartt (below)

The auction tables were pretty busy throughout the night, offering all sorts of treasures and treats. 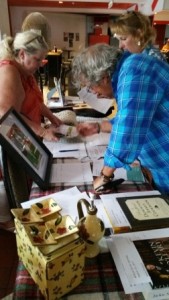 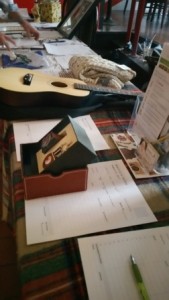 MPP Arthur Potts (below) dropped by to wish Sandy and the Festival volunteers well…and shared a few funny stories with the audience. He and Sandy go waaaay back and she was delighted to pose for pictures with him. 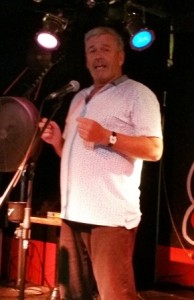 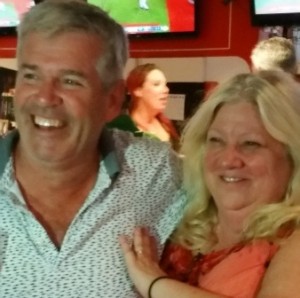 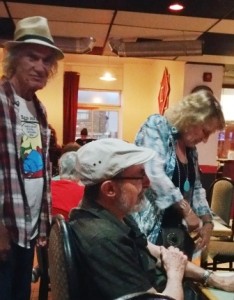 …they also helped Don with the draw. And the winner is…. Zita DaSilva who was obviously very excited about the result! 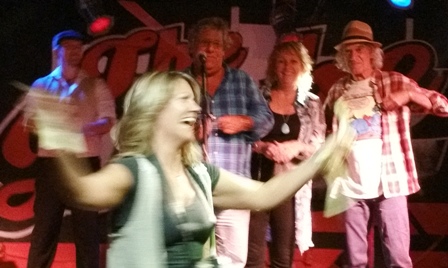 Sandy was pleased to welcome reporter Courtney from Snapd newspaper (below left) to the event where she snapped lots of pictures of the performers including Brooke and Steve from Old Man Flanagan’s Ghost. 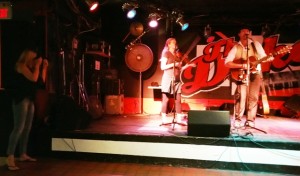 Stephen Lamb (Old Man Flanagan’s Ghost) was, in fact, presented with the “Beach Celt of the Year” award honouring his contributions to the Celtic community and continued support of the Festival. Steve was later joined by Sandy and MPP Potts for photo opps. 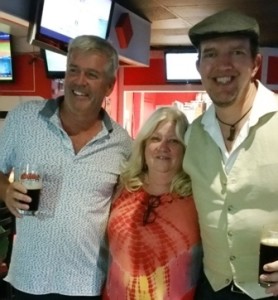 It truly was a grand night and the artists and audience all paid tribute to Sandy Graham for creating such a unique family-friendly annual event.  You can learn more at www.thecelticfestival.com 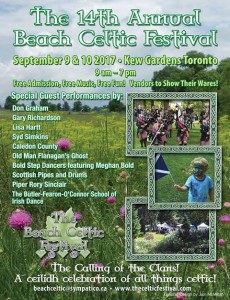